Last week I received an unusual invitation from a friend. She called and left a voicemail saying that two Liberal Members of Parliament were visiting Fort McMurray for a couple of days, and they were meeting a few people for drinks that evening. My friend asked if I would like to join them (knowing my tendency to lean left in a province where almost everyone leans the other way), and I couldn't say yes fast enough. Why did I say yes? Well, not just because I lean left - but because it was yet another chance to spread the story of MY Fort McMurray.

I have a lot of respect for those who come to our community to learn about it, and about the oilsands. It's tremendously easy to form opinions without ever seeing something, but those opinions, no matter how well researched, are no substitute for seeing things for yourself. In my mind the only true way to determine anything for yourself is to experience it, and thus the visit by Kirsty Duncan and Carolyn Bennett made me very happy. 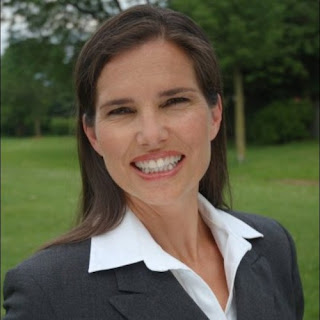 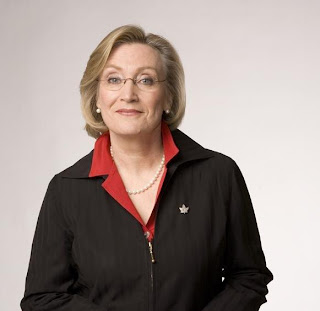 Carolyn Bennett, Member of Parliament for St. Paul's
Kirsty is the MP for Etobicoke North, and Carolyn is the MP for St. Paul's, a riding in Toronto. Both of these are intelligent, educated, and accomplished women, people. They are both passionate advocates for their ridings, their constituents, and their beliefs. Carolyn is a physician, and Kirsty is a medical geographer (and someone who has, incidentally, won a Nobel Prize for her work with the Intergovernmental Panel on Climate Change). These are two formidable women - and they are also lovely women, women who speak their mind and who are fine representatives of Canada.

The meeting that evening was small, just a few people. I wasn't sure how things would go as I am not, as I've said before, particularly politically astute. I tend to base my thoughts on politicians on their personal character, and since I'd never met either of these ladies I had little to go on. I'd done some research about them before hand, reading their biographies on their websites, but I actually tend to do very little research before such meetings. I find out enough to not appear completely dense, but I try to not form any opinions prior to meeting such individuals.

This is what I can tell you, people. Carolyn Bennett is honest and forthright and maybe even a bit brash. She's a woman who knows what she knows, and she shared stories both personal and political, stories that made her love of this country and it's citizens clear. Kirsty Duncan is someone who I admire greatly - she has a compassionate nature coupled with an insightful and quick mind, and that combination makes her a fascinating conversationalist.

I was very pleased that I was able to speak to them both, but especially Kirsty, about our community, and about my life here. I knew they had toured an oilsands site, and I knew they had spoken to many people in industry. I saw my role as being someone who could tell them about LIFE in this community, and not just work. I told them about my family, about what it is like to live here, and about why I write this blog. I think - I hope - they were able to get a sense of my pride in this city, and an understanding of why it means so much to me. I think I was able to impress upon them that this is not just a working city but a city of families, too. I hope they went away having a better understanding of this community, and not of just the oilsands.

You see, people, I think it's vitally important that people come to see the oilsands, but it's just as important for them to talk to people who live here, work here, and play here. The oilsands are but one part of the larger picture of life here. Yes, it's our major industry, and yes, it's why most of us are here - but it's our working life, not our whole life. There is so much more to this community, and it encompasses art and culture and sports and music and all the other things that go into making a city not a city but a home. In the final analysis I hope that I did some small part to help Kirsty and Carolyn see that Fort McMurray is not just a name, but a home. I was so grateful to meet them not just to impart that message but also because it was a chance to meet more people who have that passion, vision, and drive that I so admire. In the end all that mattered to me was that they were visitors who had come to see Fort McMurray, and their political party and official roles mattered little. The only thing that mattered was that they had come here at all - and I am so thankful to them that they did. I hope they enjoyed the experience, I hope they learned about the oilsands - and I hope they walked away understanding just a little bit more about this amazing, astonishing, and often misunderstood place I call my home.


My sincere thanks to
Kirsty Duncan, MP for Etobicoke North,
Carolyn Bennett, MP for St.Paul's,
and
Krista Balsom for the invitation to meet them!
at November 14, 2011