Well, people, yesterday was a long day for me. I began it with this post, and things rapidly just got crazier from there. It became a day filled with emails, messages, tweets, and Facebook discussions. It was good, for the most part, people talking about how they were responding to the most recent Edmonton Sun article depicting us as a city of "drugs and hookers".

Late yesterday afternoon, though, I saw a comment on Facebook that made me pause. The person who posted it asked why we should care about what anyone thinks of us - after all, we live and work here, we know what it's about, right? Why bother "playing to the haters"? I must admit I sighed.

I suppose I sighed because on the one hand of course we shouldn't care about what others think of us, at least in a personal sense, but in a community sense we need to. We are a community that desperately needs to attract professionals, like doctors - how many are going to come running to a city that is depicted so negatively in the national media? How many people are going to say "I'm going to move to Fort Mac and raise my kids there!" if all they hear in the press is negative? That issue alone is reason enough to care about what the world thinks of us - because like it or not, we need the world, and we need some of the people out there to consider making us their new home. A negative perception of our city works against that goal, and in a powerful way.

The second issue I have with ignoring this type of coverage is that I have children. I don't want the Intrepid Junior Bloggers to ever feel ashamed of this city when they go elsewhere in this world. I posted that comment in response to the idea that we just ignore negative media coverage, and the person replied that "it shouldn't take the opinions of others to make your children proud". Well, of course, but we don't live in a bubble. The opinions of others do have an impact, again whether we like it or not. You can have pride, but having to constantly defend that pride, having to explain your pride, is wearying. Trust me, I know, because I do it often when I travel and the subject of my home comes up.

Yesterday afternoon I had the opportunity to meet with an American journalist who has spent three months in Fort Mac, working on a freelance magazine article about the community. I was wary of this meeting, a fundamental distrust of outside media in the back of my mind, but was delighted to find an intelligent, thoughtful, and honest young man who asked reasonable questions. We discussed Fort Mac and the community, industry and the municipality. Towards the end of the conversation he mentioned knowing a bit about what it was like to grow up somewhere with a "reputation". He, people, grew up in Laramie, Wyoming, a place that if you've heard of it might well have been because you've heard of Matthew Shepard. The young journalist told me that he was weary of telling people where he grew up - and then having to add the caveat that there was much, much more to Laramie than the horrible story most people have heard. At that instant I knew that this is not what I want for my children - to have to defend, explain, or apologize for the place they grew up. We fight to change the world so our children won't have to - and for me that fight just seems to include trying to change the way Fort Mac is seen.

Last night I was scheduled to attend two events at local schools. First I dropped off the youngest Intrepid Junior Blogger at Ecole McTavish to get ready for the Theatre Arts Showcase, a drama production the school has been working on almost since it opened the front doors in August. After dropping her off I popped over to Holy Trinity to check out "Knight Lights", the fair trade market the students there had organized. 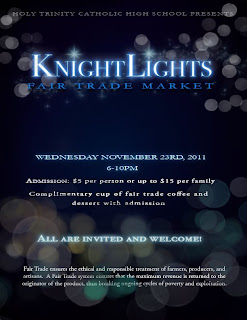 I walked in the front door of Holy Trinity and realized it was packed. The atrium of the school was softly lit, and tables had been scattered around to display various goods. The young ladies who sold me my ticket told me about the free coffee and dessert that came with my entry fee, and then I went on into the atrium. 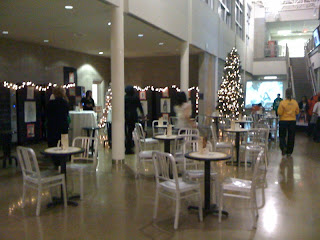 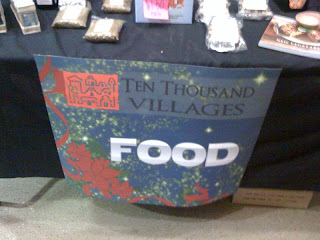 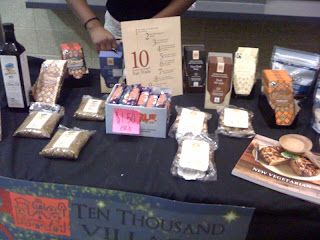 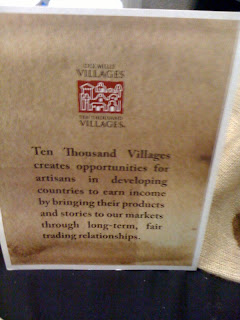 I stopped at several of the tables, took photos, and let the students tell me about what they were doing. They told me about a village in Sierra Leone, and about how money raised would go to build a school there. They told me about the goods from Ten Thousand Villages, and about how those who produced these goods received fair pay for them instead of having to work in sweatshops in deplorable conditions for little pay. And, in the end, they sold me a lovely soft blue pashmina, which I will wear with pride, and which reminds me of the soft glow of twilight on fresh snow. 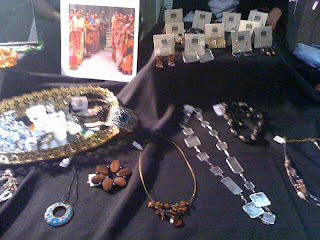 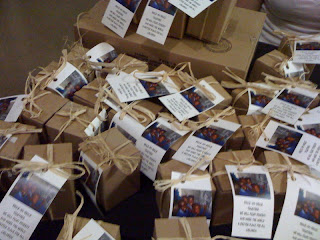 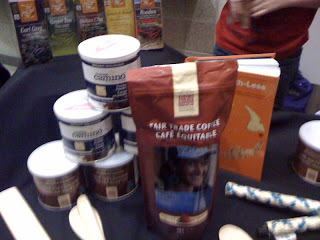 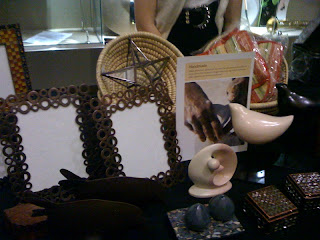 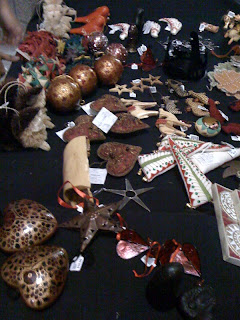 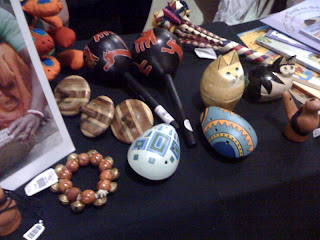 By the time I left Holy Trinity I could feel my spirits, a bit dampened from a long day, lifting. I could sense the commitment and passion of the students, their belief and their idealism, and it invigorated me. Off I went to my next stop, and the Ecole McTavish Theatre Arts Showcase. 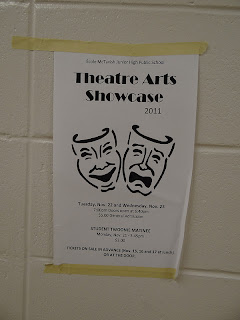 From the opening musical number involving the entire cast, to "It's a Hard Knock Life" from "Annie", "Hakuna Matata" from "Lion King", and more songs and scenes from Aladdin, Peter Pan, Ann of Green Gables, Alice in Wonderland, Wizard of Oz, Little Women, and Sound of Music, talent shone. I saw a group of students who had worked hours on this production, and given freely of their after-school time and weekends  (I know this due to the participation my Intrepid Junior Blogger). I saw an amazingly talented group of students who knew their lines, hit the right notes, made people laugh, evoked emotion - and had fun. I won't deny that I am enormously proud of my Intrepid Junior Blogger (an individual who, unlike her mother, embraces the spotlight - I'm a writer because live audiences make me nervous!), but I was proud of every single child on that stage, those who worked behind the scenes - and the staff at Ecole McTavish who worked so hard, too. I saw imagination and hope and joy and passion and commitment and inspiration. 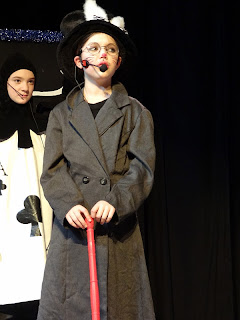 By the time I left Ecole McTavish, with a tired, sweaty, hot, and blissfully happy Intrepid Junior Blogger in tow, I found my spirit completely renewed. I had seen the future of Fort McMurray at Holy Trinity and Ecole McTavish. I had seen young adults who embody all that is good about this community - passion, vision, belief, hard work, talent, commitment - and I saw hope. I saw dozens of community ambassadors in the making, and I saw children who deserve to go out into the world and proudly claim Fort McMurray as their home. I saw children who I think would never back down from a fight for what is right, and who if necessary will defend and explain where they grew up - but if I have my way they won't have to. If I, and you, people, take every opportunity to spread the good word about our community, to combat negative perceptions and to change those into something positive, our children won't have to explain or defend this community.

In the final analysis, people, I know what we have in this community is special, and so do many other people. Maybe others are content to allow negative perceptions of us persist, but I'm not. I'm proud of this community, the citizens, and the things we have done and will continue to do. I will trumpet those achievements, and I will fight negative publicity - and fight it not with negativity, but with stories of our triumphs, philanthropy, innovation, and vision. To the students at Holy Trinity who organized Knight Lights and gave of their personal time to make it a success : Thank you. Thank you for showing me the spirit of charity, commitment, belief, kindness, heart, and passion. Your belief in what you are doing is inspiring! To the students at Ecole McTavish who worked so hard on this production : Thank you. Thank you for showing me the spirit of talent, effort, dedication, devotion, and excitement. Your commitment to the arts is invigorating! And to the people of this community, my home - thank you. Thank you for reading, for sending me kind words of support and encouragement, and for caring about this community.