There are few things I find myself unable to write about, at least immediately after they occur. For troubling events I often find myself working them out through my words - but it is the other events, the ones where I can almost feel my heart bursting at points, that defy my attempts to pin them down on paper, instead fluttering around like tiny butterflies unwilling to be captured.

This weekend I was part of two such events. All I can say about them - at least right now, until the butterflies drift down to earth once again - is that they were magical. They were the kind of magic, though, that comes from hard work, teams of amazing and dedicated people and a belief in what we can accomplish - and in our community.

Two days, back to back, that have left me aching in every muscle, feeling slightly hung over without having touched a drop of alcohol and completely, overwhelmingly, exhilarated. Instead of words today I am going to rely on some photos, because these are the images I will carry in my heart long after the words have faded away.

Thank you, Fort McMurray and Wood Buffalo. I am so grateful every single day to be part of this community, but you see over the last two days we made history - and I am so proud, and so humbled, to have had the opportunity to be part of it. 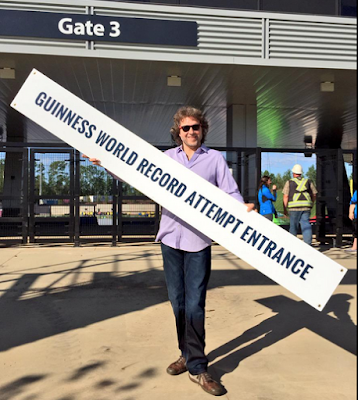 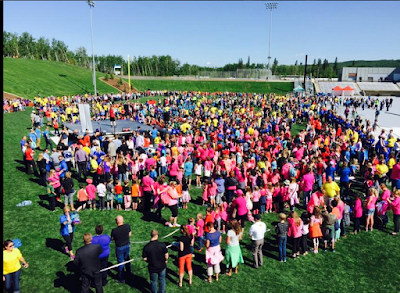 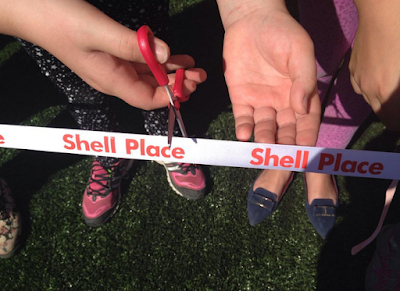 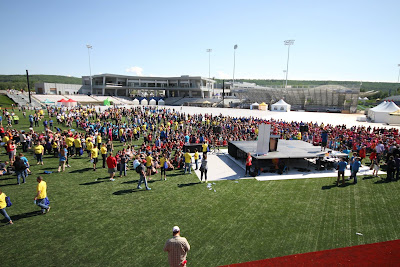 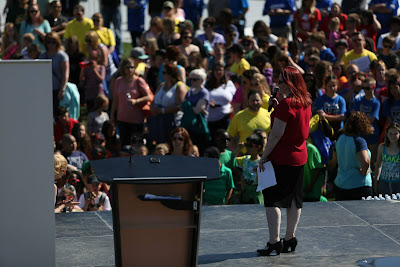 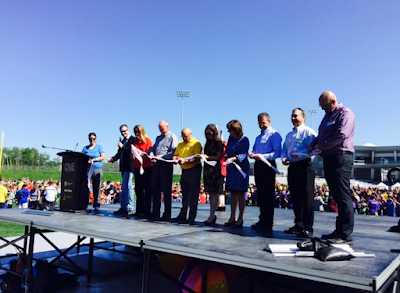 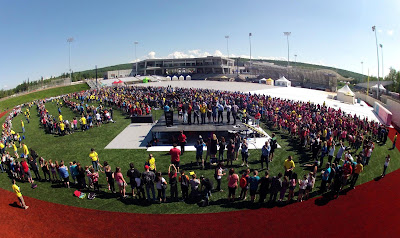 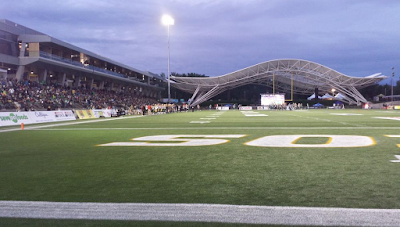 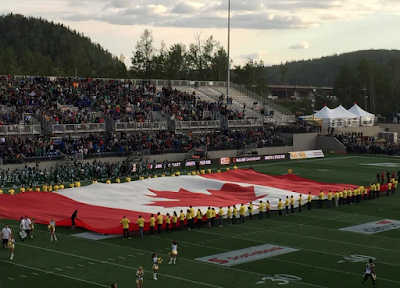 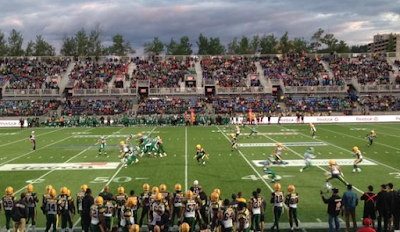 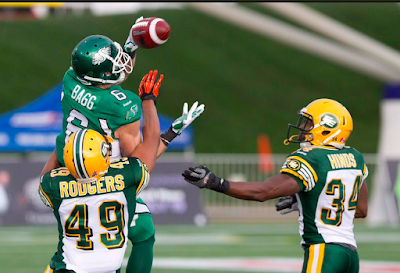 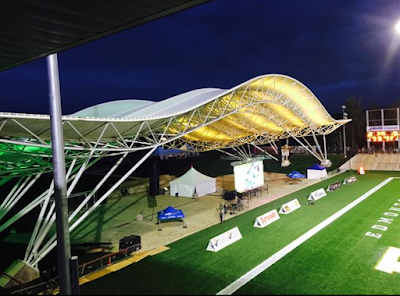 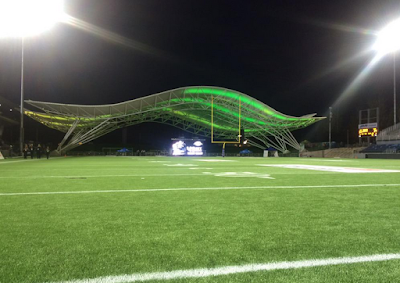 ~The official disclaimer: these comments are purely my own reflections and thoughts,
and do not represent the opinions or views of the organization by which I am employed~

Living in the Moment with the Imagine Dragons 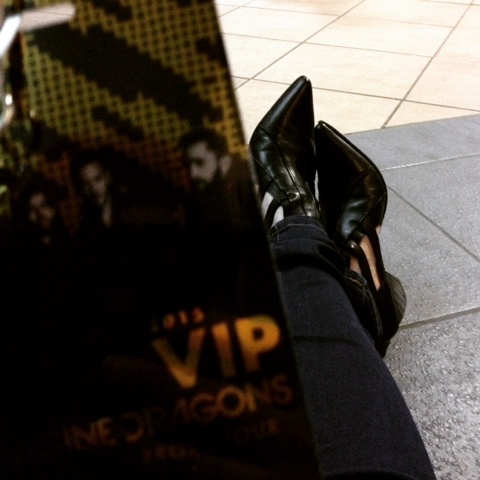 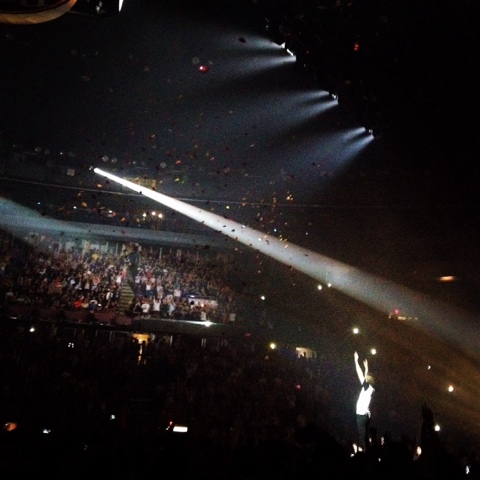 There are some firsts in life. You can only ever have one first kiss, one first lover, and one first concert like this. You never know how those "firsts" will unfold, and how they will shape your memories. Last night I had the honour of being there as my daughter experienced her first stadium concert, and I saw in her face the kind of our joy and abandon a live music experience should bring.
As we left the stadium with the crowds around us and walked towards our car, the sky now dark and the city lights bright, she said: "I don't know what it is but concerts like that just make you feel like you don't give a damn about anything else."
All I could do was smile, because that's exactly how I wanted her to feel. That feeling is called "living in the moment" and last night, thanks to a band called Imagine Dragons, we did.
at June 07, 2015 No comments:

Biting the Hand That Brews You

The latest brouhaha (brewhaha?) swirling around a once-Canadian (and now foreign owned) coffee company and the oilsands is making headlines all over the country, it seems. Tim Hortons, traditionally associated with core Canadian values like hockey and moms and dads and kids, was running some ads on the video screens in their restaurants, which likely brought them some nice little revenue in addition to that they garner from that  crack-like addictive coffee and those delectable Timbits. Trouble is one of the ads they were running was promoting Enbridge, and when some anti-oilsands activists got wind of this they started a movement to have the ads yanked.
The anti-oilsands group claims 30,000 Canadians signed a petition to force Tim Hortons to drop the ads, and so, caving to the pressure of those individuals, Tim Hortons made the decision to pull the ads. The real debacle here isn't that Tim Hortons pulled some advertising from their stores, as is their right, or that they spit in the face of oilsands workers (they probably didn't make any friends at Enbridge, but I think Enbridge will survive, and I don't believe Tim Hortons are anti-oilsands, just anti-being-the-target-of-a-petition). No, the debacle is that apparently Tim Hortons has no idea who their market demographic is, because I suspect few of those 30,000 petition signatures were penned by Tim Hortons regulars.
Tim Hortons has a clear and definable brand. It's not elitist coffee with fancy Italian sounding names for cup sizes. No, you can get a small or extra large at Tims and not need to learn an entirely new language. Oh, they brew up lattes for those in need of the fancy coffee, but their core business is the standard double-double, served hot and preferably with a donut. And their core clients are blue collar Canadians, people like the farmers, ranchers and oilmen in my family who show up at Tims in dirty coveralls and boots that smell suspiciously farm-like. They love Tims because they don't want a serving of politics with their coffee - all they want is a good solid brand that espouses their values on things like hot coffee, artery-clogging donuts and Canadian beliefs like hard work and family, and a place where they can freely (to borrow their phrase) "shoot the shit".
I am frankly stunned that Tim Hortons seems oblivious to this. I didn't even know they were running Enbridge ads until they yanked them and the outcry arose among the very core of people who will wait in drive through line ups 30 cars long just to get a damn cup of coffee they could get anywhere. Tim Hortons actually allowed politics and controversy into their doors by yanking the ads and earning the ire of those who really just want coffee and a Timbit.
I would hope somebody in their communications and marketing red flagged this. And anyone in those departments who told the upper brass that this would be an okay move without significant repercussion should be fired as clearly they don't have a clue about the Canadian market, as this bonehead move shows. Far better to withstand the complaints and hide behind the contract excuse ("we have a contract with Enbridge we must honour") and just not renew that contract than yank the ads causing a furor and, in the end, damaging their brand.
Brand is something that may take decades to build. It's the association your mind makes when a name is mentioned, like when someone says Tim Hortons and you think coffee and donuts and charming ads about parents getting up way too early to take their kids to hockey practice, Tim Hortons cup in hand. But now Tim Hortons has managed to tie their brand to controversy and politics, likely tarnishing it forever in the minds of some of the Canadians who sit in those drive through line ups every day. The trouble with a strong brand is it can take decades to build - and only moments (or one bad decision) to destroy.
This isn't really even about oilsands or petitions. It's about not understanding the people who have bought into your brand, and in this case those who drink your brew. Tim Hortons shouldn't be ashamed that they have offended the energy sector. They should be ashamed they don't know who their customers are, even when their customers knew - or thought they knew - who Tim Hortons is.
at June 06, 2015 1 comment: