Take Me Out to the Ball Game

Well, people, I've mentioned before that I'm not a sports fan, and I haven't been booted out of the city yet, so I'm feeling slightly more comfortable admitting it. However, I know that sports are a huge part of the lives of many, particularly in our community. While I may not be a fan I do see the significant impact sports can have on community building and community development, so I try to keep an eye on the happenings in the local sports world. Last week I attended a press conference about one of these happenings, and people - it's major.

It's "major" as in professional quality baseball in Fort Mac. That's about as major as it gets in terms of new sporting opportunities. What I actually know about baseball could fit in a teacup, but I've been to baseball games. I've seen major league games in Toronto, and once a long time ago even attended an international minor league baseball tournament in Saskatchewan. I discovered that what baseball has is passionate fans, and a lot of entertaining moments. I also discovered ball park hot dogs, but that's a total aside and not really relevant to anyone but me and my elliptical machine.

So, professional baseball in our community. The timing is, of course, ideal. MacDonald Island is on the verge of beginning an expansion which will include a massive new baseball/softball stadium. We are continuing to experience rapid population growth, much of it families. And, let's be quite brutally honest - recreation opportunities abound, but the chance to see live professional sports is a bit lacking. A professional baseball team would bring terrific family entertainment, use that stadium, provide that opportunity to see pro sports - and maybe even include ball park hot dogs (okay, I'm a bit stuck on that point, I admit it - I miss those!). There are also the spin-off benefits, too. A pro baseball team may attract visitors from other areas to see games, visitors that will stay in our hotels and eat in our restaurants. And I know that when I went to baseball games there was often a restaurant dinner before and a pub visit after, meaning even the locals are likely to pump up those businesses during baseball season. The biggest thing I can see, though, is an incredible opportunity for the youth of our region to see pro sports, find some new role models who are right in our community, and, for some, perhaps even a sport to aspire to excellence in.

The league for which the operating rights have been granted is the North American League, which attracts both players that are just below major league level and those who have played in the major league. Many players in the NAL move on to the major league, so this is quite certainly high-calibre baseball.

This potential professional baseball team in Fort Mac has a lot of support, particularly from minor baseball in the community. I think, though, that it has significant potential for all residents. How amazing would it be to spend a Friday evening downtown having supper, and then heading out to a ball game? How amazing would it be if it was your kid who caught the ball that popped into the stands? How thrilling would it be to not have to drive down the 63 to see some great sports action? People, I think it would be phenomenal. I think it brings another dimension to the community, and great opportunities for the entire region.

If you've ever seen the movie "Field of Dreams" you may remember the line "if you build it he will come". I think we have a chance here, people. I think if we build it, they will come. I think professional baseball players will come, and adults, and children, and with them will come dreams of pennants and championships, and summer evenings spent at the ball game - and maybe, just maybe, if I'm very, very lucky, ball park hot dogs. 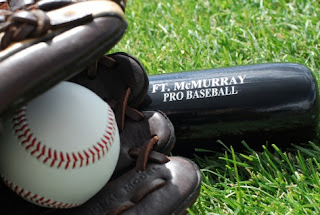