Of Politicians, Pawns, and Pocket Retweets 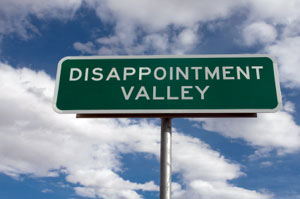 There are times, people, when I am very conflicted about whether or not to write a certain blog post. I like to keep things positive and I like to avoid controversy that can be detrimental to our community. That's why I debated for a long time about writing this, but in the end I decided that it was an opportunity to share some things that I have learned during my years spinning around the sun. You will note that I am not using any names in this post, and that is quite calculated. I don't wish to tarnish anyone's reputation. I rather wish that same consideration had been shown to me early this week.

A couple of days ago I logged on to Twitter, and noticed I had some new "mentions"- for the Twitter-less this is when someone has mentioned your username in a "Tweet" or message. I checked them and was quite puzzled as the mentions were actually "retweets" (when someone re-posts an earlier message), and they were quite old. A month old, in fact, and pertaining to the East Meets West Dinner that featured Gary Mar. The tweets were between myself and two RMWB councillors who had attended the event. I found this puzzling, and then checked to see who had thought it pertinent to retweet month-old tweets - and was dismayed to discover it was another RMWB councillor. I was further dismayed to see that he had also retweeted two other tweets, from October 1, that had originally been tweeted by one of those same two RMWB councillors that had attended the dinner. At this point I was both puzzled and beginning to see a bit of red, because it appeared that I had somehow become caught up in someone's political agenda - and people, I don't like being used as a pawn in anyone's chess game.

Almost instantly the Twitter questions began: Why was he retweeting month and days old tweets? Why now? Why, after the election for the PC leader, would he choose to retweet these particular things? What was the purpose? Was there some implication being made? I sat back and waited for the answer, because I too wanted to know. I had been dragged into this, and I wanted to know why.

The first response from the city councillor who had chosen to retweet these messages was surprise. What were we talking about? What on earth did we mean? To me this seemed disingenuous, but I thought perhaps he really had no idea why anyone would be upset. When it was made clear to him why people were concerned - that it seemed there was some agenda, and that he had offended people, including his fellow councillors - well, then came his next response.

The response? He was sorry for the "pocket retweeting". Yes, people, pocket retweeting. You've likely heard of pocket dialling, where your cell phone gets bumped in your pocket or purse and you end up dialling someone on your contact list. I've been on the receiving end of these calls and it's often annoying but funny, too. Pocket retweeting, though, didn't strike me as funny. It didn't even strike me as particularly plausible, since to pocket retweet not one but four different tweets, from different people, from two different time frames, and yet all relating to the same topic (Gary Mar), seemed, well, almost into the territory of Twitter miracles. I couldn't help myself. I responded with a tweet to all concerned that said "Wow, you have some amazing pockets! Mine just dial home ;)". Some humour, yes, but I was making a point - and the point said "Really? Is that REALLY your reply to what you've started?".

Look, I've even googled "pocket retweeting". I found pocket tweeting, which occurs, but nothing about pocket retweeting. Maybe I'm completely wrong and this is a regular occurrence (which leaves me vaguely terrified by the possibilities). Maybe I could have a demonstration of this particular feat (in fact I'd really, really like that). Or maybe, just maybe, this could, and should, have been handled differently. There is great value in simply saying "I'm sorry, it was an error in judgement". And if you don't think you were wrong then you could stand by what was done and defend it, regardless of the consequences. If either of those options had been pursued I wouldn't be writing this blog post, because those are both respectable responses. To me, though, blaming something as implausible as pocket retweeting just doesn't make sense. It doesn't engender respect, it doesn't repair damaged relationships, and it doesn't resolve anything.