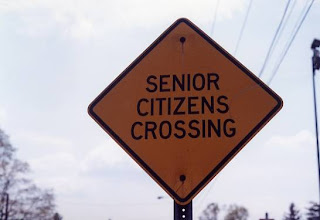 As I indicated in my blog post yesterday I ducked out of the Leading the North conference for a bit on the first day of sessions. I needed to head home to check on the Intrepid Junior Bloggers, who both came down with some viral nastiness last week, and I had another meeting to attend. It was a meeting I was looking forward to, and that I think had been a long time coming. It was between our local senior citizens, and some of the Ministers from our provincial government who were in town for the Cabinet Tour - and it was about the long term care facility planned for Fort Mac. After a recent provincial announcement press conference went a bit sideways I suspected this would be the most interesting meeting in the city for some time - and I wasn't disappointed.

Those who have followed the story of the long term care facility know it's been a long-running, on-going saga. The facility has been funded, defunded, located, relocated, and relocated again. It has been talked about for years, and ground has yet to be broken. It has become a contentious issue not only with politicians but with locals, too. And when the provincial government announced in December that the facility was being relocated to Parsons Creek from the planned Willow Square property downtown all hell broke loose.

Personally I think the biggest issue all along hasn't been where to locate the facility or even the length of time it's taken to get it built. I think it's been the lack of engagement with the community it is fundamentally designed to serve - our local senior citizens. Both of my parents were 81 when they died, and I know a few things about seniors. One of the things I know is that they want to feel involved,  and that their useful days in the community are not over. And I know they want to participate in decisions that affect them and their future. And that is exactly where I think this particular ball was dropped.

The meeting was held at the Golden Years Society, that unassuming little building downtown that is the hub for seniors in this city. And while we are a very young city by the average we also do indeed have senior citizens in our community. Many of them have been here longer than I have been alive (an astonishing number of years, indeed). They have seen changes in this region that I can only imagine, and contributed in ways that I can't even fathom.

Three government ministers attended the meeting, George VanderBurg, the Minister of Seniors, Fred Horner, Minister of Health, and Jeff Johnson, Minister of Infrastructure. The ministers opened the meeting by explaining why the decision to move the long term care facility had been made, and much of it centred around how quickly the facility could be completed. There were additional reasons, such as being able to build a single-level facility in Parsons Creek as opposed to the multi-level one Willow Square would require, and being able to provide the highest quality of care, achieve the highest quality of life, and serve the most needs.

Once the ministers had spoken, though, it was the turn of the senior citizens - and speak they did. Respectfully and with dignity they spoke of their concerns, and of their frustration with the process. The spoke of the lack of consultation, of feeling "left out", of feeling that the process lacked transparency, and of feeling disheartened. Many of them touched my heart, particularly the elderly man who said he had been dismissed as a "senile old man", and then proceeded to deliver the most intelligent, heart-felt, and compelling little speech I've ever heard.

People, I don't know that this meeting will change anything but I think it was catharsis, and I think it was one hundred percent necessary. I think it was what the local seniors needed - someone to just sit and listen to them as they spoke. Not someone to speak at them, to tell them what was being done, but to sit there and listen to them as they presented their case. And present it they did, and I was very proud of them, too. They represented themselves, and our community, beautifully. And I think they made their feelings on the issue very, very clear, which is truly all I think they ever wanted to do.

I applaud the provincial government ministers for agreeing to meet the seniors, and for sitting there and truly listening to them. I think, had this been done long ago, that this adversarial situation could have been avoided entirely. The meeting, while it had some heated moments, was really just a chance for us to see and exercise some democracy - citizens expressing themselves to their government representatives, who in the end are no different than you and I.

Finally I applaud our local seniors who spoke with passion and occasionally anger, but who also spoke with respect and dignity. They took my breath away, and I only hope that one day if I find myself in their same shoes I can behave in the same manner they did. They have my complete respect, and not just because of their age but because of their wisdom, their knowledge, and their dignity. After the meeting ended I sought out that "senile old man" and told him he is the least senile person I have ever had the pleasure to hear speak, and it's true. He spoke so simply and yet so profoundly that I suspect it touched everyone in the room, including those government ministers (remember - despite their roles they are people just like the rest of us, too).

I might have missed some of Leading the North to attend a meeting between seniors and government ministers - but in terms of leading the north I think I spent some time in the company of some true leaders of the north, those who have been in this community for decades and who saw this region through good times and bad. They are the true leaders of this part of the north, and I am so glad that they finally had an opportunity to say what they have been wanting to say, and to be heard. They may be seniors - and they may no longer hold jobs or positions of power in this community - but they are the true leaders in this region, and we would do well to remember it.

As Ian Hill said at Leading the North this community will be judged by history - and part of that judgement will be based on how we treat our most vulnerable citizens - our children, our less-advantaged, and our seniors. And that is why we need to listen to them, to hear them speak about what matters to them and what they want - because they are our leaders, and because history is being made right here, right now. And the funny thing is I think those senior leaders know that even if the rest of us aren't aware of it yet - because they have seen enough history happen to know. I was a witness to history at a meeting  between some local seniors and some government ministers - and I wouldn't have missed it for the world, people. 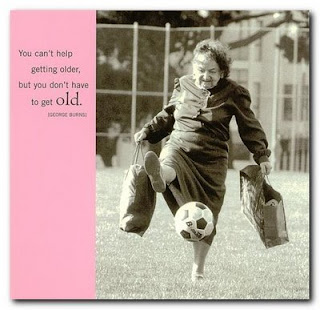