And Now For Something Different - Getting Down With Webster (Again) 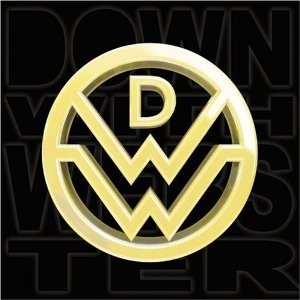 I wrote a few months ago about a concert I took the Intrepid Junior Bloggers to. It was a band they were quite keen to see, and one I knew virtually nothing about. I started out wary, thinking I was too old for this music (by decades, really), and walked away with an iPod full of their tunes. It's amazing how a live show can change your mind about a performer - and that's what happened when I went to see Down With Webster in the summer of 2011.

Down With Webster is a Canadian act with a solid following and track record. They are also pretty bloody hard-working - I follow them on Twitter and they always seem to be on the road and playing gigs (I've spent enough time with musicians in my younger years to know this isn't always the case with bands). That means they are getting lots of experience, and experience makes you better - which is why I'm looking forward to seeing DWW on February 18th at MacDonald Island. I'm thinking with another few months of performing under them they will blow this show right out of the water.

Last time I went I got some pretty amused glances when I pulled out my iPad but I honestly wasn't expecting I'd enjoy the show. I thought I'd take the Junior Bloggers, get some work done while they got whatever DWW obsession out of their system for a bit, and hang out. I didn't know I'd be dumping the iPad about 10 minutes in and be on my feet dancing, but there you are. And there I was, likely making a fool out of myself (and not caring a bit, as usual).

I'm also pretty excited for the Junior Bloggers. The older one caught a drumstick last time and is hoping to get it signed this time around. The younger one is planning to use her petite size and charming smile to end up right in front of the stage again (last time some older girls were concerned she would be crushed so pushed her up in front of the stage, giving her the best view of the night - little do they know she would have weaseled her way up there regardless). 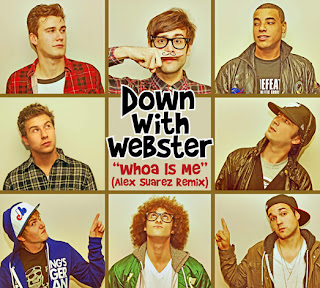 Word just came in that DWW has been nominated for the Juno Awards this year, too - for Group of the Year and Pop Album of the Year. So, we have some Juno nominees headed to the city - but even if they weren't nominated they are worth the ticket price to see them live, trust me. I wasn't sure last time - but this time as soon as the concert was announced I knew I would be there - with or without the Intrepid Junior Bloggers.

Yes, I'm a DWW fan, people. I can't help it. They are infectious and entertaining and hard working and talented and funny and just a good time. And this time my iPod is loaded with DWW songs so when we drive away from Mac Island we can listen to them again while we stop for some fast food, eat burgers in the car, and talk about the magic and the mayhem of a live concert. Because that's what it's all about, really - living in the moment and grabbing all the magic and mayhem and music you can. Hope to see you in the DWW crowd, Fort Mac!