Reflections on Faith, Tragedy, and Parenthood

You couldn't miss the news yesterday. It was everywhere, and only someone very determined to block it out could have escaped it. A horrific shooting, in a school. Adults dead, but children, too. The pictures were sad beyond belief, little children being led from a school and a trauma that they will likely never forget- and one that will likely haunt their dreams. And families, too many families, left without their own children, families that will likely never recover from this loss. Along with the rest of this continent I watched the story unfold with grief and horror. And then, last night, I went to the Intrepid Junior Blogger's school and sat in the atrium to watch the final performance of the musical "Annie".

I didn't miss the irony of this. I imagine there were many in school auditoriums last night for Christmas concerts or performances by their children, too. As I sat there I was very cognizant of how fortunate I am because I still have my daughter, while several families in a small community far away have been left without theirs. I sat there last night before the musical began and I reflected on all this, and on how the world has changed.

When I was growing up and in school we did not fear random attacks. We didn't practice lockdowns, or have drills that taught us what to do should someone with a gun enter our school. I knew that the generation before me had suffered from a different fear, the fear of an atomic war, and they had been taught to "duck and cover", hiding under desks should someone decide to attack with nuclear weaponry. My generation was spared this fear, though, and I went through school never imagining what would happen should someone walk in the door with a gun, or if a bomb was detonated.

I knew things were different when the IJB started school. One day she came home and began describing how the teacher had locked the classroom door, turned off all the lights, and asked them to be very, very quiet. I realized that the teachers were preparing my daughter for a future that could include a random and unprovoked assault on her life. That day, as she told it to me as if it were some game, I knew her school existence was radically different from mine.

There have been incidents of this nature right here in our community, although thankfully none were of any real substance. Once my daughter's school was locked down at the end of a day when an injured man went into a neighbouring school and said he had been shot. The schools quickly locked down all the children, and in the end it turned out the man had been injured in a private altercation, and there was no gunman on the loose. I remember when I was finally able to pick up my daughter, and I remember the wary look on her face as we crossed the playground to the car. The world had tilted slightly on that day for her, and I could see it in her face.

Once our neighbhourhood was locked down, but this time there was a real gunman on the loose. He had been involved in a shooting in the area and had fled into the trees in my area. I only knew of the lockdown when I discovered a helicopter hovering over my house, searching my back yard. I turned on the radio and learned that my entire area had been locked down, no traffic allowed to enter or leave. I immediately turned on the security system and explained to my daughter what was happening, and once again I saw that look. Wary. Watching. Waiting. In the end the lockdown was lifted and all was normal again, but the world had tilted ever so slightly again.

Last night after the musical I handed her the flowers we had purchased to celebrate closing night, and I hugged her close. I told her I am so proud of her, and that I love her. I held her for just a little longer than I normally would have, and there might have been tears of pride, and grief, in my eyes. This precious child is my gift to the world, and she is the best thing I have ever done in my entire existence on this planet. Last night I clutched her just a little tighter and a little longer than usual. Then I let her go again, and off she went to celebrate a triumphant closing night with friends, glancing back at me with a smile on occasion. Just as every parent does I let her go out into this uncertain world, trusting that this world will not fail her and will bring her back to me. Some days it is tough to find that faith, especially on a day when it was shattered for so many others. In the end, though, that faith is all we have. In the end, just as my daughter has learned to say while working in this musical, "the show must go on". And so it does, while we try to comprehend a world that has tilted ever so slightly again, and while we try to pick up those shattered shards of our faith and piece them back together again. 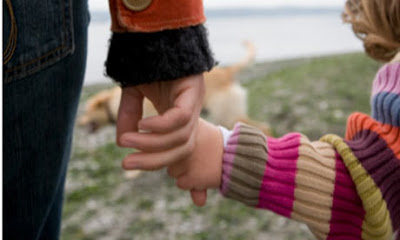