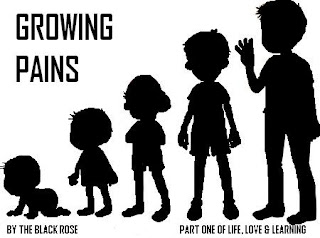 As some of you know I've recently been branching out a bit with writing. Not only have I been blogging at HuffPost Alberta, which has been an amazing experience, but the folks at our own local Connect Weekly asked me to start writing a McMurray Musings column every week - and then, when they needed freelance writers, I agreed to start submitting pieces on a regular basis. It's a different sort of writing than what I do here and at HuffPost, certainly, but for me it is still a labour of love because the stories are all about Fort McMurray. They are about people, and places, and events right here in this place I call home. Lately I've been writing stories on issues that can almost certainly be seen as controversial - for instance, the closure of the Edmonton City Centre Airport, and the impact that will have on medevac services in the north. Each piece involves research and interviews, and with each piece my understanding of different issues - land release in the region, property expropriation, city centre redevelopment - grows. It's funny how I think the same thing when I finish almost every piece though, especially the controversial ones. I always think of the term "growing pains".

A couple of years ago the Intrepid Junior Blogger came to me and described this ache she often feels in her legs and arms. It isn't a sharp pain, she says, but rather a slow and dull throbbing. When she described them I told her they were growing pains, the pains you feel in your bones as a young adult body begins to grow into adulthood. I told her they wouldn't last forever, and that they would pass eventually. I told her it would be painful for awhile, but she needed to have faith that it wasn't a permanent condition. It is just part of growing up. It is just part of change. And so too I look at this region, this community, and I see growing pains in all of our limbs as we grow, and change.

Our traffic woes are symptomatic of our inadequate roads trying to keep up with rapid growth, and new roads while being completed still struggle to meet the needs of residents. Our pain over the redevelopment of the Snye, a situation that seems to have pitted some residents against the others, is symptomatic of a way of life that has been the same way for decades, but that now is threatened with change. Land expropriation and sales in the downtown core impacts so many small businesses and non-profits, who struggle with the change a different city centre will bring to their worlds. Almost every single part of this region is suffering from growing pains. They are not sharp, short pains like a tragedy but rather a slow dull ache as change happens around us and to us, and we try to adjust to the new reality.

And there is the hope, too. Just as I told the IJB growing pains are transitory. They do not last forever, although it can be very upsetting when they are happening. Slowly as the growth occurs the pains diminish until they are but a memory of a time when things were difficult. And one day, far in the future, they may not be remembered at all.

We are at a point of tremendous change in this region. In my recent writing work I have become more aware than ever of the impact this has on those who live here, and who also call this home. Some feel the pains more strongly than others, and for some it bites a bit deeper. For some the pain is almost non-existent, although even they likely feel the frustrations of traffic snarls and lack of services. I think, perhaps, we need to be gentle with each other through this transition, and recognize that some will feel the sting of the growth more sharply than others. I think perhaps we need to be empathetic even if our own pain is less than that of someone who might lose their storefront downtown, for instance, or for someone who has enjoyed boating on the Snye. Even if we think those changes are necessary perhaps what we need to do to get through this period is to say "I am sorry you are in pain" - and perhaps those who are feeling those growing pains just need to remember that it won't last forever, and they will get through, and one day this will all be a distant memory.

The Junior Blogger still complains on occasion about sore legs, or arms. She is still growing, and the parallel between her and the growth of this community never fails to fascinate me as it is so profound. When she complains of the pains I hug her to me and whisper "I am sorry you are hurting, but it won't last forever, it's just for a little while, and I'll be here to help you through it all". And maybe, just maybe, that's what we need to do with this community too. Maybe we just need to hug it, and each other, a little tighter, and say we are sorry for the pain, but we will get through it - together.
at December 11, 2012