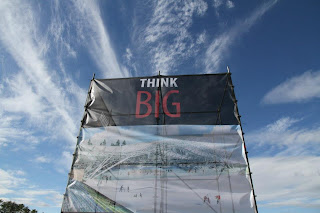 Photo courtesy of MacDonald Island Park
As I wrote in this blog a few weeks ago I had the pleasure of attending the ground-breaking ceremony for the expansion of MacDonald Island Park. As some know Mac Island has been a part of my life here since I first arrived over a decade ago, and I have watched it grow and change just as my own Intrepid Junior Blogger has grown and changed in that decade (those years, witnessing her go from a toddler of three to a young woman of thirteen, have been some of the very best of my entire life, people). When I attended the groundbreaking I noticed the prevalence of white hard hats, all emblazoned with the words "Think Big".

Now, I tend to think in a slightly odd way, and I was intrigued by those hard hats. I thought about how we in this community have a tendency to think big, and about how we seem to find ways to constantly push the envelope of innovation and creativity. I thought about how these hard hats are emblematic not just of Mac Island and their bold expansion plans, but of our entire region and our bold approach to life.

At the groundbreaking ceremonies those hard hats were being worn by the people I affectionately refer to as "the usual suspects" - dignitaries like our lovely mayor Melissa Blake and our two MLAs Mike Allen and Don Scott and various municipal councillors and representatives of MacDonald Island Park. I had an idea, though, and I just needed to get my paws on one of those hard hats. I was delighted when I ran into one of those usual suspects a little later that day and absconded with their hat (terrific word, "absconded", meaning I stole it and ran away). Fortunately this suspect is a good sport and knew their hat was in good hands - and so the white Think Big hard hat and I went on a little adventure as I am prone to do. I dubbed it "Project Think Big Hard Hat".

You see, I put the hat in the back of my car, and we visited some people in the community. Not dignitaries, mind you, but some community leaders, and some people who work in non-profit groups. We also went to some businesses, and we even attended the Vibrant Culture Summit. I put the word out on Twitter, too, asking people to volunteer. Volunteer to do what, you ask?

To put on the hard hat and be photographed for the blog. To put that hat on their head and to show that they too "Think Big", no matter what they do in this community. To show that all of the RMWB "thinks big", not just our dignitaries (although I am so very proud that our leaders have the bold vision and passion to think big and to help us navigate our way through some of the potential pitfalls of such boldness). I wanted to show in the end that we all Think Big in this region, and to honour MacDonald Island Park, too, for being at the forefront of thinking big and embracing the future that awaits us all.

These are the results: 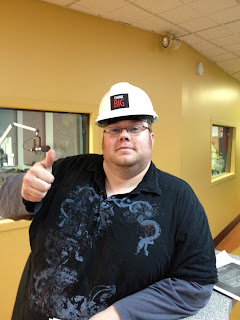 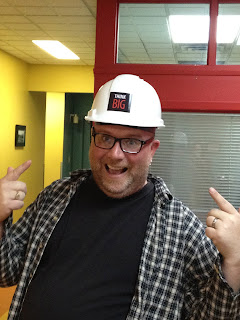 We dropped in at a local business... 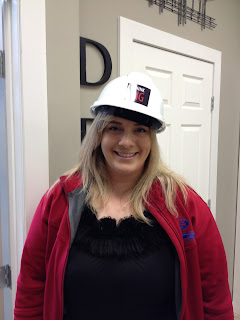 We stopped by the Wood Buffalo Food Bank... 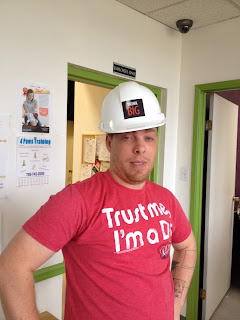 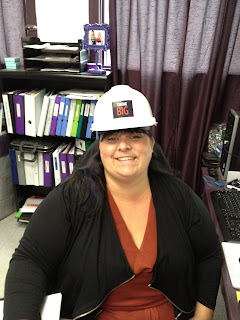 We checked in with the folks at Canadian Jewellers... 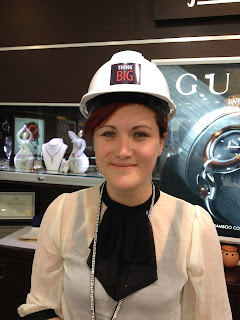 We checked out the Vibrant Culture Summit... 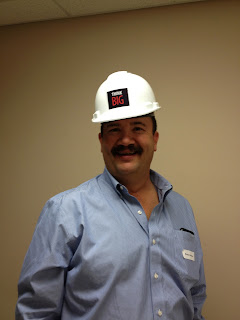 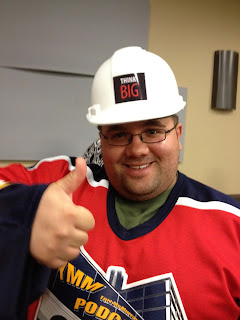 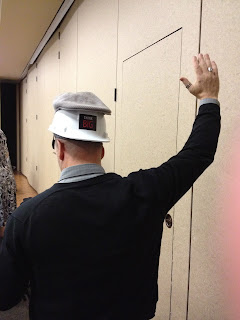 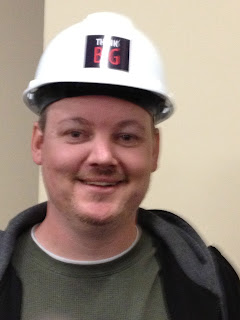 We stopped in to visit a friend... 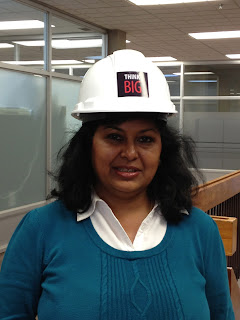 We checked out the printing presses at
The Fort McMurray Today... 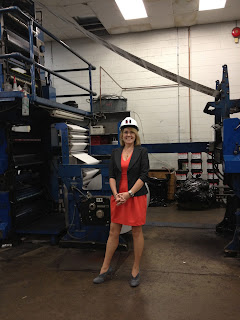 And finally we hung out with the real reason we
all "Think Big" in this community -
our children.
This is the Intrepid Junior Blogger -
and she thinks big, too. 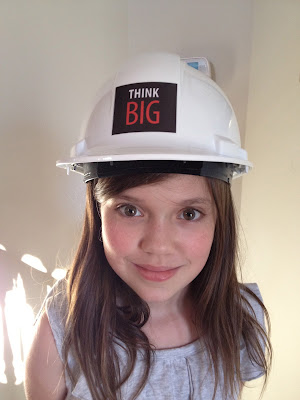 My sincere thanks to
everyone who agreed to wear the hard hat
and be photographed,
to MacDonald Island Park
for creating the hat that
spawned the adventure,
and to the "usual suspect"
who handed over their hat to me
without a fuss ;) 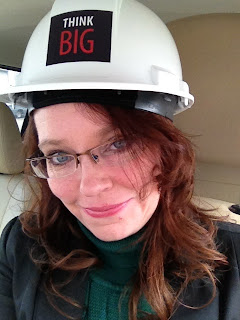