Not On The Margin - One Woman in The Oil Sands

Sometimes an event irritates me so much that I don't even know where to start. It gets to me on so many levels that I have trouble sorting out all my issues with it, let alone knowing which one to get going on first. This happened recently when a lovely group of women dropped into Fort McMurray to chat about the Northern Gateway Pipeline and the impact on women.

When I say it's a lovely group I mean it. The group included some very notable women, Nobel Peace Prize Laureate Jody Williams, musician Sarah Harmer, and other women with very respectable titles and backgrounds. I have a great deal of respect for them in every regard, except for the things they seem to think about women in my community. They seem, for whatever reason, to have decided to label us "marginalized". They think that oil sands development "undermines" women.

Now, this irritates me on a few levels. I too am a woman, and I do not seek or want preferential treatment due to my gender. I think that simply deepens the gender divide, and I do not wish to play into that scenario. So a group coming here to specifically examine the impacts of a pipeline on women gets me a bit concerned immediately, as clearly the pipeline affects far more than women, and perhaps the study could just be examining the effect on "people" as opposed to one gender. It gets worse, though, when a group of women from other places and who have never lived here decide to tell local women what we are and what we need. You see, in their opinion we are "marginalized" and we "don't want the pipeline".

Er, say what? For starters, I don't need anyone to tell me whether or not I want or need the pipeline. I didn't ask them to speak for me, and I'm not sure how many local women actually did. I can pretty much formulate my own opinion and state it, and I find their desire to speak for "women" deeply patronizing. In fact, if a group of men claimed they were speaking for regional women and declared what we thought we would likely denounce those men as being patriarchal and controlling - so why is it okay for a group of women to do it to other women? How about they simply speak for themselves and let local women (and men) formulate and voice their own opinions?

Secondly, there's this business of being marginalized. I don't know how much time they spent here, but I do know they met with our mayor, who happens to be a woman. I wonder if they met any of the oil sands management types who are women. Or maybe some of the women electricians, truck drivers, pipe fitters, and others employed in non-traditional roles. Or if they met any of our female RMWB councillors (we have three, in case they were wondering). Or any of the women who run businesses in town, work in management positions in businesses, or even those who are stay at home moms by choice because their spouses have the kind of employment that allows them to make that choice. Look, it pisses me off because I'd say most women in this region aren't even slightly marginalized - I'd say we are absolutely empowered by living in a place where the need is for skilled, ambitious workers regardless of their gender. I'm actually pretty offended by this characterization of us as "marginalized" when I think we have incredible opportunities here, afforded to us by an industry and economy that is robust and growing. And those opportunities are open to all of us, regardless of our gender.

So, in my mind this isn't about women being marginalized, undermined, or anything else. This is simply another tactic by people interested in stopping the pipeline, and whatever your stance is on that this is mine: I don't like being used as a pawn in your game. Don't speak for me, don't tell me you are helping me, and don't tell me I am marginalized or undermined when I know I am anything but. Don't use our common gender to help your agenda - and don't tell me you didn't come with an agenda, since news stories from before you arrived indicated your desire to stop the pipeline development. Admit that you speak for yourselves, and only yourselves, and leave me and my gender out of it, please. If there are others who wish you to speak for them that's fine with me - but please don't espouse to speak for all women who are affected by oil sands development. For the record, I'm a woman, I am from Fort McMurray, I am impacted by oil sands development - and you don't speak for me. 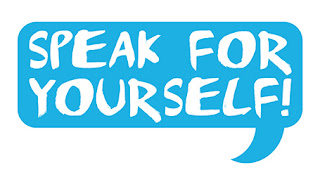