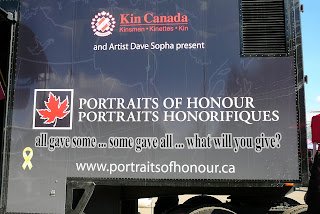 Well, folks, the summersEND weekend was a blur of activity for me, and I will share more of that in upcoming posts. I wanted to first share, however, what I think may have been the most profoundly affecting display at this event. summersEND was about music and country stars and carnival rides and dance competitions and mini-donuts - and yet I think the most significant component was housed inside a semi-trailer. I am talking about the Portraits of Honour. 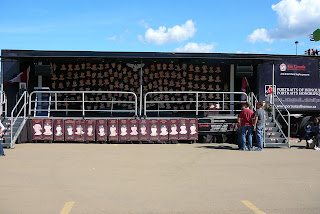 I had heard some buzz about this in recent weeks and knew I wanted to see it when it made it's brief two-day stop in Fort Mac. Due to my other commitments with summersEND as a volunteer I was unable to attend the reception but I decided that regardless of my weariness from late nights backstage I needed to see it, and so off I went Saturday afternoon. The mural was set up at the end of the midway, and in the background the carnival rides spun, music blared, and the scent of mini-donuts filled the air. It seemed a bit incongruous for it to be there, this solemn memorial in the middle of such mayhem, but as it turned out I realized eventually how truly appropriate it was. 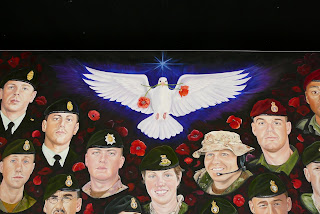 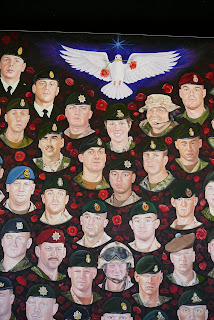 When I first approached I realized the mural is enormous, and from a distance all you can see is faces - a lot of faces, 157 to be exact. Why 157? Because they are the faces of 157 Canadian service people - soldiers, sailors, and aircrew - who have lost their lives in Afghanistan. People, that's an enormous number by any standards, and when you look at the mural overall you realize exactly how many we have lost. 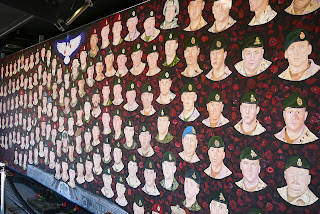 I stepped into the semi-trailer for a closer look, and began to take photos. I thought I would take photos of a couple of individual faces, just for some perspective, but as I began to focus my camera something happened. Something changed when I saw those faces through my camera lens.  I took a photo of one face, and noted the expression. I took a photo of a second face, and noted the eyes. And then suddenly I wasn't taking photos of paintings. I was taking photos of the faces of people who had died in service to our country, and I realized I couldn't stop taking them. With every face and every photo I got closer to tears and more and more questions welled up inside me. What where these people like? Who were they? Did they have children? What about their husbands and wives, parents and siblings? What did they like? Were they into rock music or country? Did they love sports? What were their favourite TV shows and movies? What could they have done and been - had they lived? 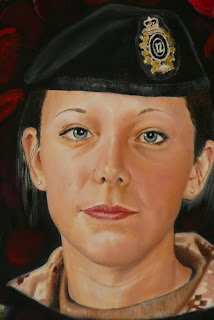 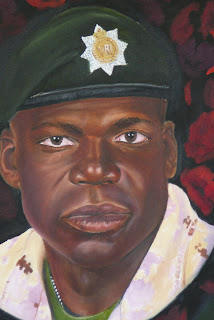 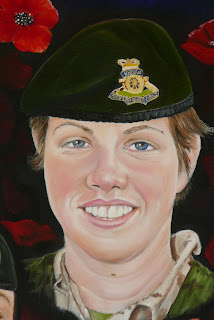 I took photo after photo after photo. I looked into those painted faces and saw not paint but people. People who, regardless of what anyone thinks of our mission overseas, gave their lives for this country and the people in it. I was awed and humbled and proud and deeply, deeply saddened. Each and every one of those faces has someone out there who loves them and misses them. Each and every one of those faces represents a life ended before it should have, and a loss for all of us. 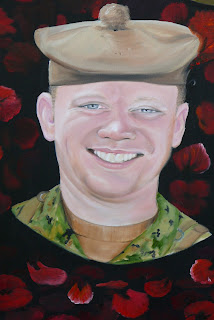 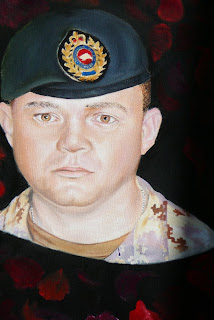 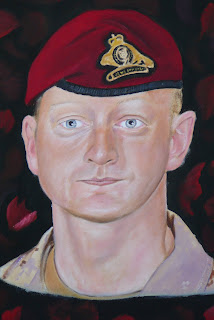 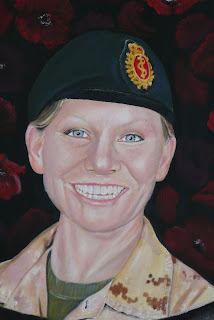 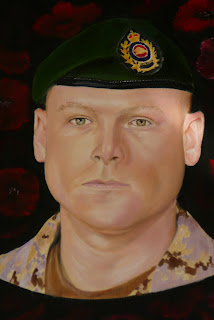 I had a hard time walking away from the Portraits of Honour. I think I could have spent all day there, just looking deeply into those faces and wondering about these people. I think I could have spent hours thinking about what their loss means to their families, to their country, and to all of us. Later that day I was chatting backstage with two of the security detail and it turns out they are both ex-military - and one of them knew several of the people who were depicted on that mural. I could barely speak to him when he revealed that, simply because I was afraid I would burst into tears and embarrass both him and me. I simply told him that I couldn't imagine what it was like for him to see the mural, and I still can't. I know what it was like for me, and I didn't know any of those faces. For him it must have been almost surreal.

So, as I said initially I thought the position of the mural at the head of the midway was incongruous, but I was so very wrong. Not only did it being there mean that it was bound to catch the attention of everyone who visited the midway, it also meant something else. It meant that these service people were surrounded by a swirl of activity and the joy of a carnival. I bet at some point most of the people behind those painted faces had been to carnivals and ridden the rides and heard the music and ate the mini-donuts. In some ways this was the perfect setting as the stark reality of all those faces in the middle of all this happiness and excitement made you realize that those 157 should have been in that crowd, waiting in line for the Zipper, eating a mini-donut, and holding the hand of a loved one.

There was only one thing that troubled me about the Portraits of Honour, people. At the edges of the mural there is some empty space, and I fear that it has been left in order to add new faces to it. I fear more faces will appear on that mural, and I am so heartbroken to even think it. I had an amazing, incredible, exciting summersEND weekend, people - but perhaps what hit me closest to home, and what impacted me the most, was a work of art, heart, and soul housed in the back of a semi-trailer. I'll never forget the experience - or those faces. 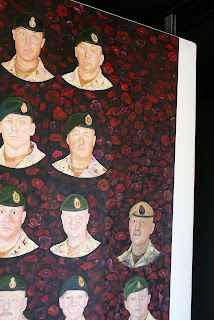