Breaking the Silence to Take Back the Night 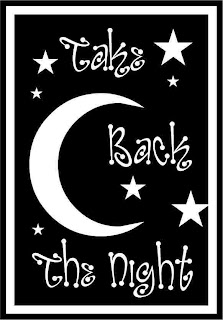 In 1976, in Belgium, 2000 women from 40 different countries held an evening event that was unlike any other. These women walked through the streets of Brussels holding candles and they held a quiet vigil. Why? To remember victims of sexual violence, and to "take back the night", to reclaim the night as a safe place for women around the world. Over the decades since then Take Back the Night has grown as movement, and has changed a bit, too, becoming a way to commemorate all victims of violence, whether it be domestic, sexual, or random. It has become a way for communities to memorialize those who have been lost to violence, to remember those who are still suffering from it, and to remind ourselves of the commitment and duty we have to stop violence, and to break the silence that surrounds it.

Last night was a glorious evening in Fort Mac, people. I headed down to Borealis Park and was amazed at the splendour of the fall leaves. The sun shone warmly and the entire park took on a glow in the late afternoon light, and it seemed there could be no better time, and no better place, to hold this year's "Take Back the Night". 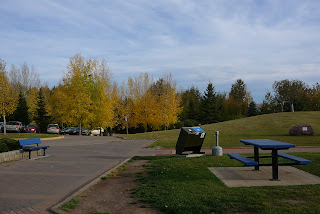 I was pleased to see that Mayor Melissa Blake was in attendance, as was local lawyer and city councillor Don Scott. Both spoke to the impact violence has in our community. Mayor Blake spoke of the need to build empathy, and how that empathy leads to a refusal to accept violence as part of our lives. Don Scott spoke of his own experience with clients who come to him and who may have experienced violence but who are often afraid to share that story, who are afraid to break the silence, and how he tries to help them to see that in breaking the silence there is power, and healing. Members from our local victim services unit spoke of elder abuse, and of violence that occurs in our home, our schools, and our workplaces. A local RCMP constable spoke of her experience as a professional with violence, and about how often victims will downplay what they have experienced. MC Jon Tupper spoke of witnessing a shooting, and about how violence has an impact on even those who simply witness it - because, in the end, we are all victims of such violence, whether we are hit by that bullet or not. 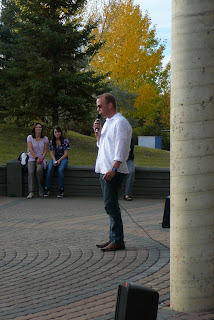 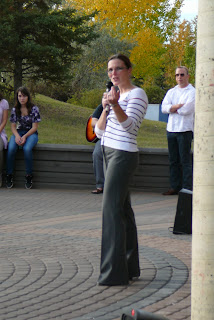 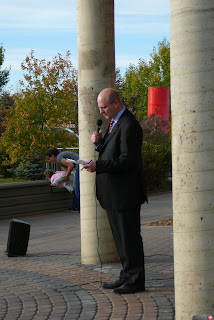 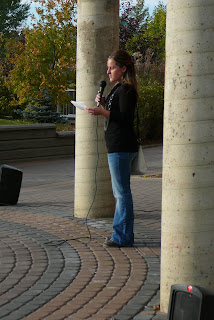 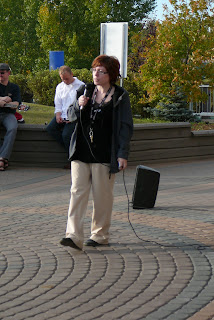 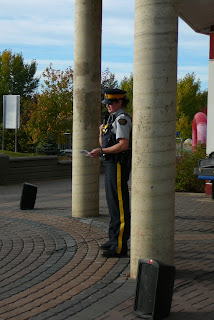 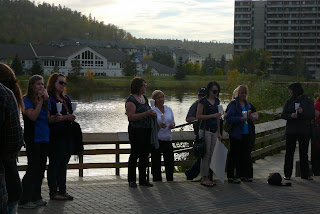 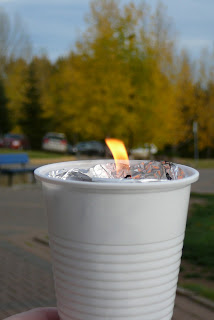 After the candlelight vigil ended there was a short walk, but I admit I did not stay for that part. Instead I snuck away, just down the hill a bit and into the parking lot of Borealis. I went with my candle to a place I find myself often in Fort Mac - the memorial to two twin brothers murdered early this summer. It may seem strange since I did not know these boy and I do not know their family, and yet I often go to this spot and park my car and sit there for a bit. I think about our community, I think about what this kind of death and violence does to it, and how it just rips at your heart while also ripping the fabric of our city. I sat quietly with my candle and thought about two young men who were the victims of the kind of violence that frightens us all, and who I would never have the chance to know because their lives were extinguished by another hand holding a knife. I placed my candle there by their photo, and when I finally snuffed the candle out I was overcome by a wave of sadness for two boys who shouldn't have died, and for family and friends who shouldn't be living in the sort of hell that this kind of grief brings. I thought about all those in our community who live with violence every day - those who are being subjected to abuse in whatever form - and about how a small piece of their soul must die every day even though they are physically alive. I thought about our commitment to each other in this community, and this world, and I thought about how we can act to end violence. I thought about how we can watch out for each other, how we can step in when we suspect violence is occurring, and how we too can break the silence by engaging in the simple intentional act of asking "are you being hurt?". We can help those who are victims to seek help, and to break their own silence. We can ALL break the silence, Fort Mac, we can take back the night - and we can seek to end violence in all forms in our community to make us a stronger and better place to live. 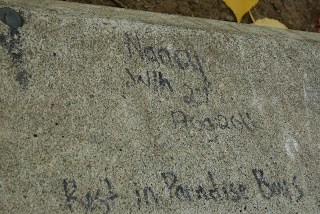 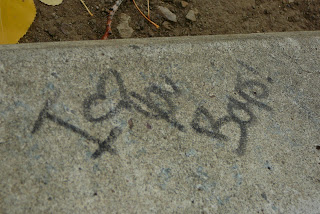 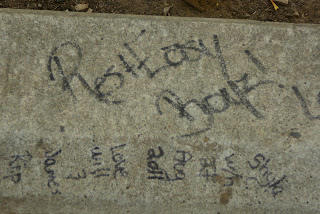 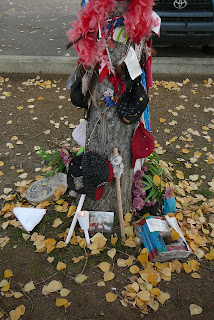 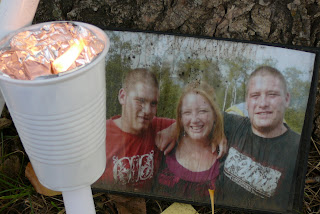 In memory of James and William Beck, and all those
in our community touched by violence.
at September 24, 2011