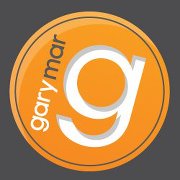 Well, people, the plan today was to post about my time at summersEND but, as I learned this weekend about event organizing and planning, all good plans must be flexible and open to change. So, my thoughts on summersEND will wait until tomorrow, and today I write instead about another event I attended on the weekend - the "East Meets West" chat with Gary Mar and Danny Williams.

Now, if you aren't familiar with Gary Mar he happens to be a front-runner in the PC leadership race in Alberta. If you aren't familiar with Danny Williams the only acceptable reasons are a)you aren't Canadian and/or b) you've been living under a rock for the last decade or so. Danny has had an incredible run in politics in this country (specifically in Newfoundland and Labrador) and is an influential individual to boot. So, when I received an invitation to attend this event I was intrigued - because Danny has thrown his support behind Gary Mar, and I very much wanted to hear why.

There was a band and there was food (and once again MacDonald Island banquet services hit it out of the park with a terrific selection of food). The setting was lovely, too, with soft lighting in hues of blue (PC) and orange (Gary Mar). Considering the event came together at the last moment it was astonishingly well done.

Of course the real reason everyone had come was to hear the dialogue between Gary and Danny, and it didn't disappoint. I loved that it was an informal chat type setting, just the two of them on stage with microphones and talking about why Danny supports Gary, and about Gary's plans if elected. And people, I was impressed.

I've heard Gary speak before, at the PC leadership debate here, but didn't get a real sense of who he is as the answers in that format were quite short and didn't allow for much in the way of comprehensive ideas. I'm not one of those people who uses fewer words - in fact I tend towards way more words than necessary - and so I find short answers frustrating as they don't give me a real glimpse of the person behind the words. The chat format allowed Gary to expand far more on his ideas, and I admit he pretty much won me over with his comments about education (identifying special needs earlier and dealing with it sooner) as they mirror my own almost completely. He talked about needing to open a dialogue about private health care services, and as much as that idea runs contrary to my personal beliefs I do think it's a dialogue we do need to explore as opposed to dismissing the concept outright. What especially captured me, though, were his comments in relation to Fort McMurray and us "telling our story". I was almost thunderstruck as this is exactly why I began this blog - to tell my own story of life in Fort Mac to the world. Now, Gary was talking about telling the story of the oilsands, but it's the same concept - taking control of the message, and telling the story we know to be true as opposed to allowing those from outside to tell it.

Danny showed great support and belief in Gary, and that impressed me, too. Danny is a very intelligent man, and he knows his politics. If he is putting his support behind Gary then there is something there that must be considered. When someone I respect has that kind of respect for another person I find I tend to feel the same way. They share similar beliefs and thoughts and ideas, and Danny was a very strong leader and advocate for his province. This is the kind of leader we need in Alberta, and if Danny thinks Gary is it then he just may be. In the final analysis Danny can see Gary Mar as the premier of this province - and so can I.

Now, there were topics discussed that I know nothing about (when I said in a previous post that I am not "politically astute" I was not kidding, people), and I realized I need to do a lot more reading and research about Alberta politics. I also learned something deeply troubling, people. In the last PC leadership race less than one thousand people in this city voted for the leader of their choice. In fact what I heard is that it was less than 500 people. That's past abysmal and almost criminal. The leader of the PC party is almost certainly going to be the premier of this province. If we don't vote for the leader we want to see, if we pay no attention to this process, why should they pay any attention to us? What is their motivation to work not just for our city but for the people in our community if we can't even take the time, effort, and $5 for a membership to vote? I'd like a say in who represents our province, wouldn't you?

So, people, that's why I now have a brand-new membership in the provincial PC party. I haven't suddenly turned blue overnight, and deep in the core of this bred n'born Saskatchewan heart glows a nugget of NDP orange. I know, though, that this is about more than my political leanings - it's about the future of this province, this city, my family, and, especially, my child. I want a say in it - and I'm going to have it, too, when I vote for my choice of leader of the PC party. I'm not going to tell you who to vote for - and I'm not saying who I'm voting for, either. I'm just saying I am going to vote - and I hope you will too, Fort Mac. It'll be the best 5 bucks you'll ever spend, I think. 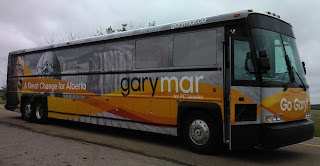