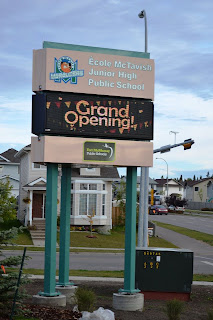 Photo credit to FMPSD
When you have kids you often find yourself surrounded in a swirl of excitement. In my house (with two teen-ish girls) this can occur over a YouTube video, a new song, or, as happened recently, the grand opening of the new Junior High that they happen to attend. On Friday of last week Ecole McTavish Junior High Public School celebrated it's grand opening, and what a celebration it was, people. 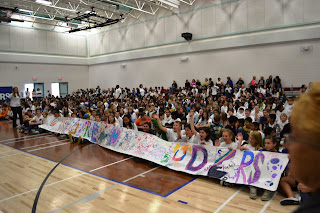 Photo credit to FMPSD
I arrived at the school and found it a hubbub of activity, which schools usually are - but on Friday there was a special feeling in the air. I walked in the front door and found myself being greeted by students wearing Marauders jerseys and waiting to shake my hand to welcome me to the school. Two young ladies escorted me to the gym for the ceremony and on the way we chatted about their excitement to be a part of the new school. I was delighted to see that the enthusiasm for the school was clearly not limited to my own children but seemed to be a pretty common sentiment in the student populace. 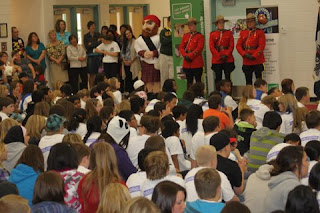 Photo credit to Rhonda Carleton
There were a lot of local dignitaries present for the event, like city councillors and the mayor. There were folks from the school board, our local MLA, the minister of education for the province, and other MLAs. In my mind, though, the most important attendees were also the loudest - the 700-plus students who were cheering, doing the wave, and high-fiving everyone in sight. Their enthusiasm was infectious, and I saw a lot of smiling and high-fiving adults, too. 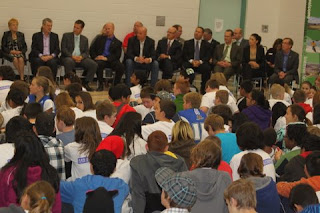 Photo credit to Rhonda Carleton
There were the traditional speeches, of course, and my favourites were the ones that talked about the leaders of the future being right in that very gym - because, of course, it's true. No one can predict what any of these kids will end up doing, but we could have a future premier in that room. Or prime minister. Or olympic athlete. Or researcher that will cure cancer. The point is that the possibilities are endless, and these kids could go on to be anyone and do anything - and that's the whole point of schools, to help students to achieve those goals (even goals that aren't quite as lofty as the ones I just noted but ones that are just as significant regardless). Schools are, as district superintendent Dennis Parsons said, "a place where dreams become tomorrow's reality". There is great truth in that simple statement, people. 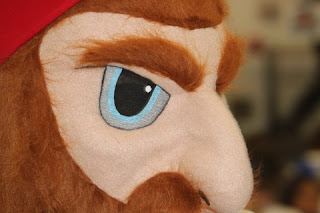 Photo credit to Rhonda Carleton
I was astonished to learn that the last time a public school opened in Fort Mac was 25 years ago. The community has changed so much in those two and a half decades, and grown at such an amazing pace. In some ways it makes the opening of this school just that much more significant, as it seems a hopeful sign of all the other new schools that are sure to follow. This school, and all the others like it, will welcome all those students, children born here and who have moved here, and it will shepherd them through all those vulnerable, exciting, and impressionable years of youth. 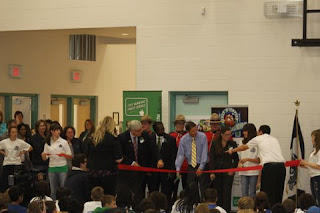 Photo credit to Rhonda Carleton
The speeches were great, with MLA Guy Boutilier getting all the kids to do the wave, and with Mayor Blake once again giving one of her terrific speeches (she manages somehow to always keep it relevant, and to relate to her audience no matter if they are children or adults - it's a true gift, people). My favourite moment, though? Not the ribbon cutting, or the speeches. Not the mascot or the wave. It was when Scott Barr was presented with the ceremonial key to the school, and he immediately handed it into the audience of kids, telling them that he wanted them each to touch the key because this school belonged to them. It is that pride of ownership, that sense of community, and that feeling of inclusion that has infused this school since before it was even built. Scott Barr, who I have written about previously, is leading this school into becoming not just a tremendous educational facility but also a community of students and staff who share a passionate commitment to their school, and to each other. It's an incredible thing to witness. 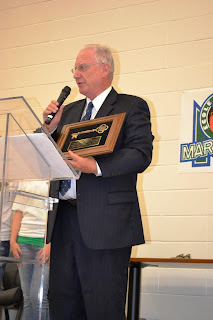 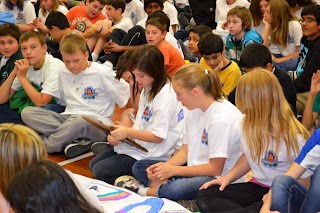 Photo credit to FMPSD
It was standing room only at the opening ceremony, as it should be. After the guests and attendees have drifted away, though, what remains is a school that I am quite certain is going to turn out those future leaders. What remains is a community within our larger community, and a place which these students will one day look back on fondly and with pride, saying "I was there for the grand opening of that school. It was the best school. Ever." And you know what? I think they will probably be quite right, people, as a school isn't really the building but the people in it - students, staff, parents - and this school has all the makings of the best school - ever. Congratulations, Ecole McTavish students and staff, on your grand opening - and on your very bright future. I can't wait to see you shine. 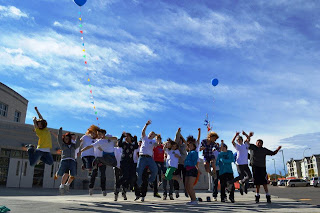