People, this is a post I have been struggling to write since Monday. I knew it was a post I needed and wanted to write, but I have fought all week to find the words. Prior to writing it I spoke to family and friends to try to sort out my thoughts. As you might know I prefer to write happy and positive posts - but life in Fort Mac is not all sunshine and lollipops, and to avoid the unpleasant or troubling seems to me the height of dishonesty. 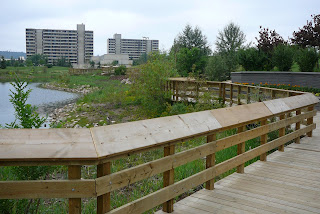 It all began early Monday morning when the first stirrings of news of a tragedy could be found on Twitter. A murder. A double murder, downtown in Borealis Park. As the day wore on the news grew progressively worse. A stabbing. Twin brothers. 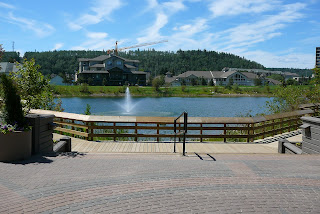 I read the news with horror, and with increasing agony as the story began to gain more details. I drove out to Borealis Park early on Tuesday morning, not out of some sort of morbid wish to see the scene of the murder, but rather to remind myself of what I knew of the park. It was very early, and I was alone. All I could hear was bird calls, and the sun was fighting to peek through the gathering clouds. It was the park as I remembered it, a lovely little spot in the middle of a busy city. It did not seem like the scene of a murder, and yet it was. 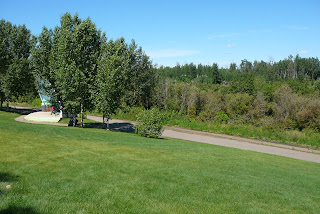 As the week has gone on I have heard wild speculation about the how and why of these murders. I have no interest in those theories as I entrust the truth to the RCMP who are investigating it. I don't even care a great deal about the why or the how - because all that matters to me, as a mother and a member of this community, is that two very young men are dead, and in a senseless and tragic manner. 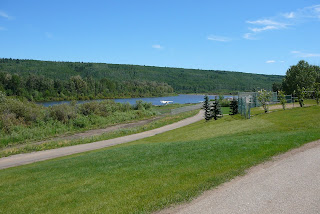 When someone is murdered it tears at the very fabric of the community. There is fear, and there is pain. There is a sense that we are vulnerable. For the individuals touched - for their mother in particular - well, I cannot even imagine that degree of pain. People, it tears my heart out. Once upon a time a mother brought home from the hospital two little baby boys, and she had the same hopes and dreams for them that we all hold for our children. Those hopes and dreams are now snuffed out, whatever potential these individuals held gone forever. They were only 17, and they had so much future ahead of them. That future - as good, bad or indifferent citizens - is one the world will never know, because it was taken from them. People, it was taken from all of us. A murder doesn't just take the life of the victim - it takes a bit from each one of us, too, as it creeps into our minds and our souls. It shows the fragility of our lives, and it shows that there are those who value our lives so little that they will end them. 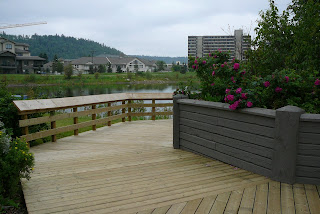 On Wednesday afternoon I returned to Borealis Park. I found the impromptu memorial that family and friends have set up to the twin boys who came into this world together, and who left it together, too. I stood in front of it to take a photo, and I found myself sobbing. I cried for them, and I cried for their mother. I cried for my city, and I cried for all of us who lost a bit of our faith when two young men were murdered. I cried because while this sort of crime happens everywhere this week it happened in my city, and it broke my heart in half. This is not my usual happy, upbeat, and positive Fort Mac post, people. There is nothing positive or happy about this story. There is just what there is in my heart - sorrow. 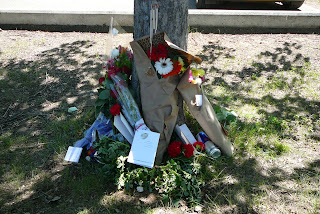