I was sitting at my desk finalizing some details when it hit me - I mean, really and truly hit me. We had been making plans for weeks, of course, getting set up for a patio party to celebrate the one-year countdown to an event we had announced one year before. It was undoubtedly a very big deal, but in all the preparations and excitement I had overlooked one pertinent fact: it meant we were one year away - just one year! - from the official opening of Shell Place at MacDonald Island. 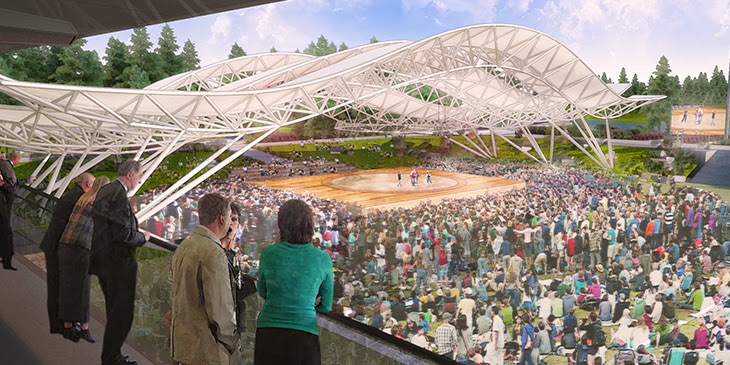 Shell Place has been part of my life since before it was Shell Place and was just known as the MacDonald Island Park Expansion (or 'MIPEX'). I had been there for the very first community engagement sessions on the proposed expansion of MacDonald Island, and it was the first time I met many of the people I now call colleagues. I followed the entire process, and when the final design was chosen and the final recommendation made to RMWB Council I was one of the people, with shaking hands and quivering voice, who spoke to council about why they needed to build this expansion, this 'Think Big' project, for our community, and my home. 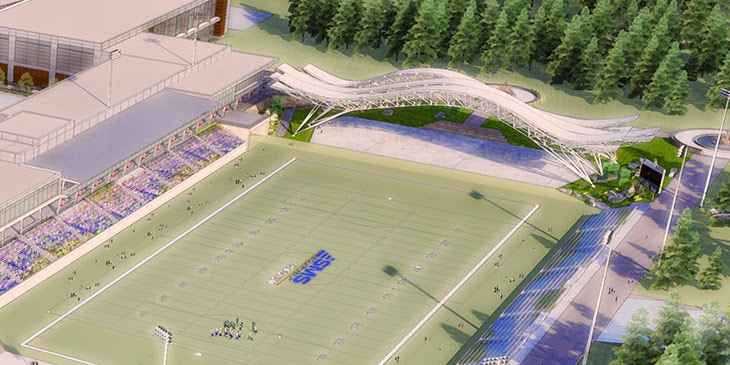 I will never forget that night. I was terrified as I hadn't done much public speaking before and I was still relatively new at so much of this, but I knew what mattered was making sure that the councillors and mayor understood why this expansion was important, and so there I sat, speaking about the Intrepid Junior Blogger and how MacDonald Island had always been a part of her life, and how I wanted to see it grow and develop and blossom just as she has.

I had absolutely no idea back then how integral to my life this would all one day become, and how I would sit in wonder at a desk inside the Suncor Community Leisure Centre realizing how one of the primary ribbons tying my life together for the last 13 years has been MacDonald Island.

Almost a year and a half ago I began working at MacDonald Island Park Corporation, now the Regional Recreation Corporation of Wood Buffalo. I have been part of some amazing things in that time, but the one that always makes me feel a bit teary is anything to do with Shell Place, because it has been close to me since before I even knew what a part of my life it would become. 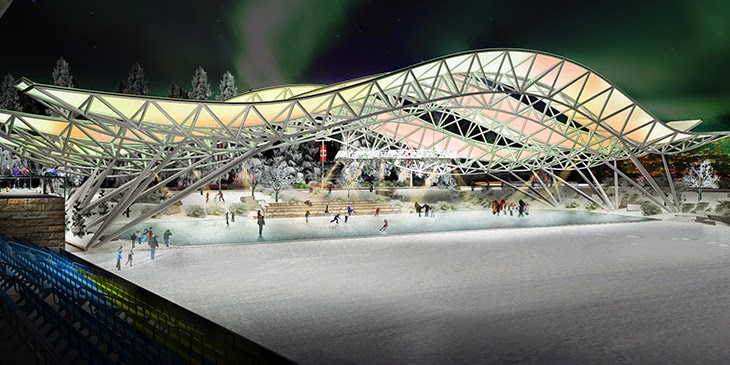 I was there as a community resident when the project broke ground. I was there as the RRC communications coordinator when we laid the first piece of steel in the massive field house. And now on occasion I accompany tour groups through Shell Place, and I am always glad to be wearing my safety glasses because I hope the people with me can't see something.

I hope they cannot see my tears.

You see there is something about being part of something much bigger than yourself that matters. My role in bringing Shell Place to life has been very small on the grand scale of things, a tiny part of creating it and yet even before I worked at the RRC I was part of something that would change lives forever - mine, my daughter's, and every person in this community. I know that one day soon I will guide visitors on tours of the completed building. I know that one day soon I will attend the first concert at Shell Place, the first sport event, the first meeting...but it will be the day when I first show it to my daughter that will truly be special, and I expect there will be many tears as I realize how she has grown just as MacDonald Island has. 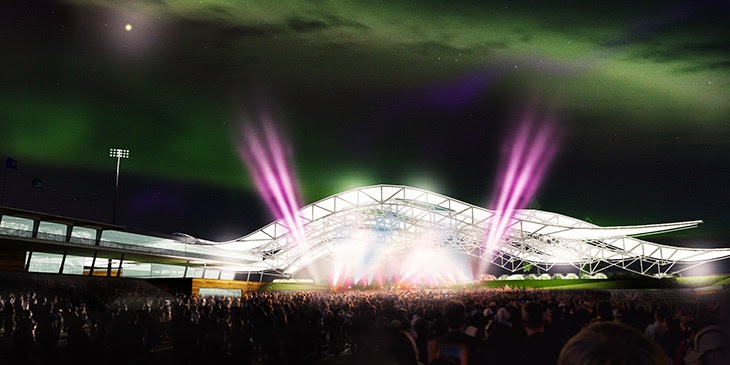 I feel fortunate to live in Fort McMurray and call it home. I feel even more fortunate to have been part of something much larger than myself and that I believe will change this community forever and for the better. I feel incredibly, incredibly lucky that one day soon I will stand in Shell Place and know that I have been part of it from the very beginning, seen it go from mere idea and dream to reality. There is only one other time I have been part of something so very grand, such an amazing adventure and life changing experience - and that is my daughter's arrival almost 15 years ago. She will always be my baby, you see, and in some small way Shell Place will always feel like my baby, too. And just as I am of her I know I will be desperately, desperately proud of Shell Place. In fact, just like with her, I already am.


Every day coming closer from dream
to reality -
Shell Place. 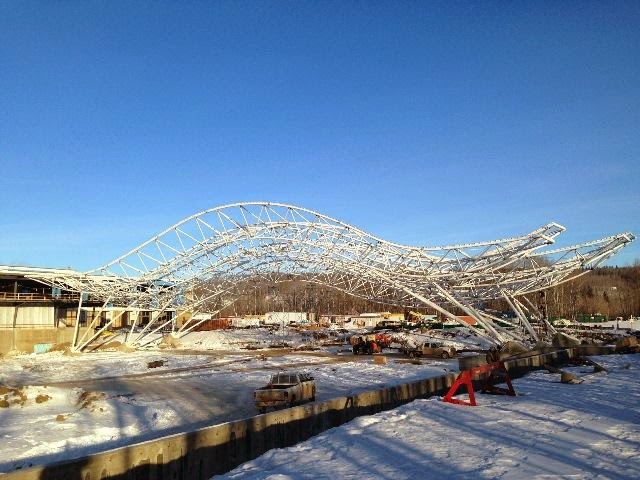