The United Nations of Fort McMurray and Canada Day

There are so many things I could write about today. There is the recent federal by-election, one that had many of us hanging onto our seats for the last few weeks. There is Tractorgate 2014, as I've come to call it, a little story that is waiting to be told about recent encounters with politicians and tractors. There is a personal story about my recent health scare and how it brought me into close contact with our medical care system in this community. But today is Canada Day, and all those stories will wait for another day as today I will write about soccer.

Soccer might not seem to be a quintessentially Canadian sport, but it is widely recognized as the most popular sport in the world, played by people of every colour and nation. It is played by young and old, and it culminates in an event called the World Cup, that international competition bringing together the best in soccer from across the globe.

In the last few weeks I have had a chance to observe soccer, the World Cup and local soccer fans in close proximity thanks to the large screen set up conveniently close to my office at the Suncor  Community Leisure Centre. That screen has become a focal point in the facility, showing World Cup games, and it attracts a crowd every single time a game is on. I have come to be fascinated by it because it may be about a sport that we don't always consider as Canadian as hockey but it is about the diversity of our county and our community. That little screen and those gathered around it have become the United Nations of Fort McMurray in my mind.

One day I had some free time so I took my coffee and I went and joined the soccer crowd. There were about 20 people gathered around, a diverse crowd of ages and cultures, but there were clearly two primary groups cheering for opposing teams.

The game was intense, with a bit of soccer drama thrown in as it often is in games with stakes so high. Every play elicited cheers from one side and sighs from the other as the teams worked to achieve their victory.

There was one particularly intense play, both groups on the edges of their chairs, and when it was over and one side had trumped the other I witnessed something remarkable.

A man from the side that had been trumped looked over at a man from the victorious side and said: "That was well played. Well done", and he smiled.

It was perhaps one of the most Canadian moments I have ever witnessed, taking place in front of a large screen showing soccer being played in a country far away and between two individuals that I believe are quite likely fairly recent immigrants to our nation. And in that moment, that simple second of an exchanged gesture of goodwill and smiles, I remembered what it is to be Canadian.

Most of us, aside from our First Nations peoples, arrived here from somewhere else at some point in our history, or the history of our families. My family came from Germany, seeking a better life abroad, taking the incredibly brave leap to leave behind them all they knew and loved to come to a country they had never seen. My family lived in sod huts for awhile apparently, pioneers on the Canadian prairies, bringing with them their farming knowledge but having to apply it to an entirely different country and environment. My family became Canadians, never forgetting our roots, still singing Christmas carols in German and making German food and teaching our children about our legacy. It is no accident the Intrepid Junior Blogger hopes to study German in school, because she is Canadian through and through but she remembers - and honours - her history.

Once, a couple of years ago, I found myself in a park downtown where several groups of men were playing soccer. They stopped for a break and flopped on the grass, and I paused to speak to them. One of them, in fairly broken English, began to whisper something to me, so softly I had to lean in very close to hear it.

"Him," he whispered. "That one, over there? In our old country his people and my people hated each other. We would have fought, maybe killed each other."

"But here,  here he is on my team," he said, and then beamed a smile at me that was startling in its simplicity and joy. And then they went back to playing soccer, and I watched as my new friend and his team-mate effortlessly passed the ball back and forth to each other as they drove towards a goal.

Canada is the place where a diverse group can gather in front of a large screen at a recreation centre and watch a national sport that in other countries might elicit riots - but in Canada it becomes instead a community builder, a place where people from different countries and cultures extend a smile and a gentle word of encouragement and admiration.

Canada. It is one helluva place, ain't it?

Happy Birthday Canada. I am so very proud to be yours. 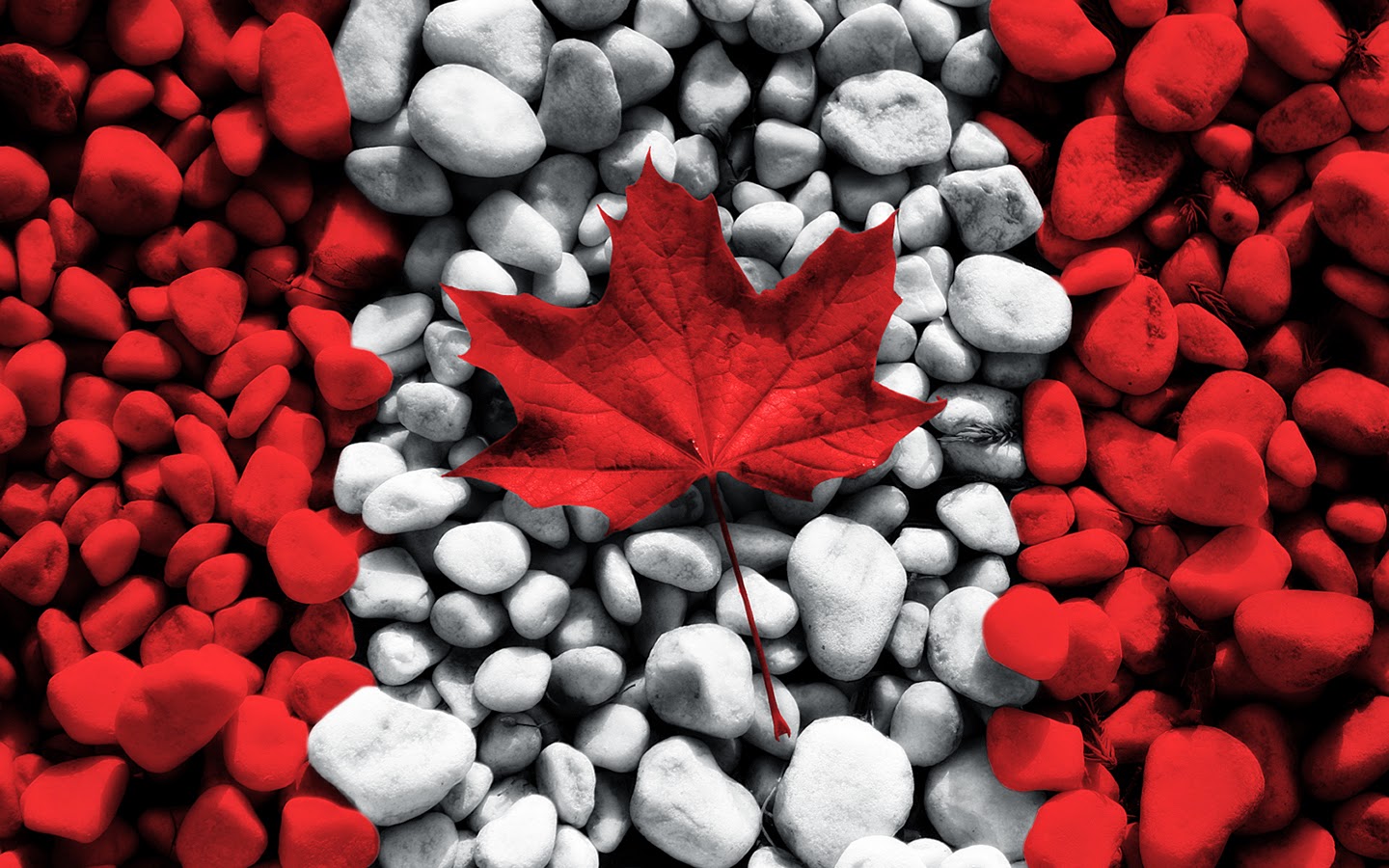