It seems every once in awhile provincial governments like to change things up.

You know, they develop a new slogan, shine up a website or redesign a license plate - much like the Government of Alberta recently decided a redesign of the Albertan license plate was in order.

Now, I have never had much of a problem with our current plate. It has been like this for some time, and to be honest I have never paid much attention to it: 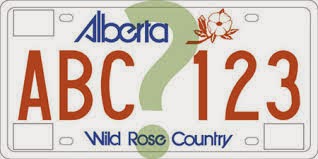 I suppose it is a bit amusing that the current opposition in Legislature happens to have called themselves the Wild Rose Party, meaning every license plate in the province is effectively acting as a marketing and communications tool for them (and as a comms person I think that is pretty bloody clever, although it might be more by coincidence than design as our provincial flower is the wild rose).

I have never been a huge fan of slogans on license plates as they always seem a bit, well, lame, but these new designs proposed by the G of A aren't really all that stellar, either: 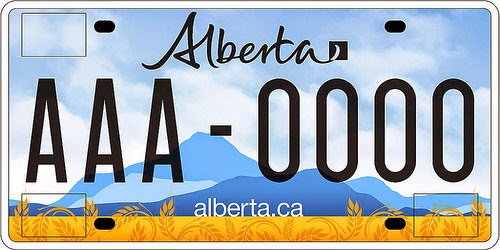 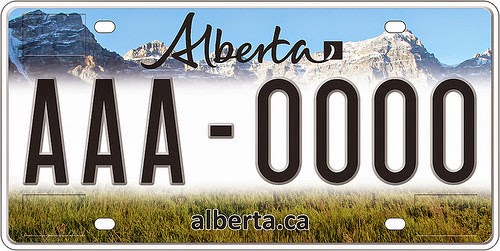 Acceptable, but just barely.
I mean, yay, mountains.
And some grass. Maybe weeds.
The "we are lacking in many things" Alberta:

This one shrieks "Alberta is boring".
And has no graphic designers with talent.
Replacing the slogan with the website is also a little bit off. Ever been to the alberta.ca website? Well let's just say it isn't likely to keep you up all night with fascination about our province. A better choice might be travelalberta.com, which at least might make others seeing our plates think we have some sort of redeeming qualities other than a very dry website and rather boring license plate.
The other night on Twitter, though, a new license plate caught my eye. Apparently it came to be through a rather clever individual and an Edmonton radio station. This license plate reeks of Alberta. It has no boring website, it is shaded in the colours in which we spend a lot of our year and the slogan? Well, not only a pop culture reference but the kind of truth in advertising rarely seen in this world. This license plate? Well, it has my vote - because if we are going to change our plate I say we go big or go home.
Make it happen, Government of Alberta, and I can guarantee you will have new fans for life (or at least until you decide to change the plate again):
The REAL Alberta
﻿ 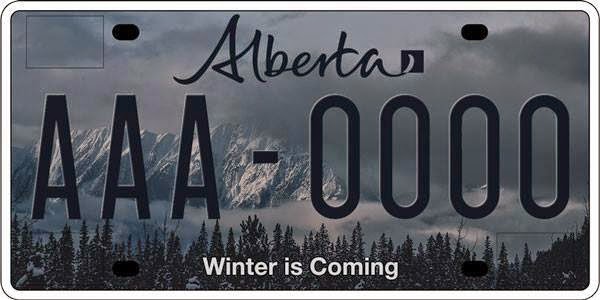