Protecting Our Children Through Critical Thinking in Fort McMurray

The recent news of the arrest of and charges against a thirty-year old man caught in a sting when he went to a hotel room to meet what he thought was a thirteen-year old girl for sex and instead found a police officer is deeply troubling on many levels. The number of these sexual predators online is truly frightening, and as the parent of a young woman I often wonder if we are doing enough in terms of punishment to ensure they do not have access to our children. I think, however, there is another aspect we often forget and fail to address, which might even help to protect our children even more than punishing the offenders. I think we really need to teach our children critical thinking skills.


We spend a great deal of time and effort talking to our children about cyberbullying and the perils of the online world in this regard. Far less often, though, we speak to our children about sexual exploitation online and the predators who stalk the internet, having found a world of free and easy access to children around the world. I think perhaps we try to protect our children from these individuals instead of confronting the issue head on, as it can lead to difficult and uncomfortable conversations, although these are the discussions we most need to have. I think we can do more to protect our children, though. I think instead we can prepare them for an eventual encounter with a predator.
I am not one of those who believes we should prevent children, especially those in their teen and tween years, from using the internet. I believe in monitoring their time online, but I am also very pragmatic as I know that children have access to the internet from their cell phones, computers at school, the library, friends’ houses...the list goes on. If we try to “lock down” their usage without teaching them some basic skills we may in fact be exposing them to even more chance of being victimized, because most of them will be online some day in some forum we wish they were not, and those without the ability to think critically will be at risk.


What does critical thinking online mean? Well, the sad part is many adults struggle with this one. How many stories do you see shared online that turn out not to be true? How many photos have you seen that are eventually proven to be photo-shopped? How many of you run things past snopes.com before re-sharing stories to ensure that they are accurate, or do you share things without a quick “fact check” to ensure their validity? Critical thinking online is as simple as understanding that not everything said or shared online is true.
I am always astonished at the number of people who assume they “know” me because of what they read in this blog or on Twitter. Of course the reality is that they only know what I share, and they have no way of knowing the things I choose not to share online. People make some fairly wide assumptions based on some fairly narrow data and information, and I find this deeply worrisome as I suspect they do the same with others. When I first started writing this blog and my identity was not yet public many seemed to assume I was male, while others made wide and varied speculations about my age, occupation and other facets of who I was. The reality was, of course, nobody could know.


Are we teaching our children to think critically online? When they are on Twitter or Tumblr or any of the other social media sites have we ensured they know that unless they know the person they are communicating with in real life they have no idea who they really are?
In our house we have the “FNG” rule. Any person online (that we do not know in real life) could well be a “Fat Naked Guy” behind a keyboard. They might say they are young and female and live in another country, but they could well be across the street, in their 40’s, and male. I haven’t aimed so much at critical thinking as “cynical thinking”, the practice of assuming that people online are likely fabricating at least parts of their stories and identities. Perhaps this seems too cynical to some, but to me it is simply protective and allows my daughter – and myself – to acknowledge that there are those out there who misrepresent themselves in order to develop relationships with us that they intend to use for their own purposes.


I don’t mean to let the perpetrators off the hook with this, incidentally. They should be punished to the full extent of the law, and perhaps the law needs to be changed to keep these individuals off the streets and away from computers for a much longer time – but the reality is that there will always be these predators and we will not be able to catch them all, so we need to ensure we are limiting their access to victims. We can try to do this through limiting our children’s access to computers, but my feeling is that this strategy is doomed to fail given the prevalence of computers in our society – and so we need instead to create a cohort of critically thinking, cynical young people who will in turn teach that skill set to their children, too, reducing our overall gullibility and tendency to “fall for” the schemes of others.
Part of the struggle will be developing that sort of critical thinking ourselves, because as adults far too many of us fail to exhibit it. Next time you see a story on Facebook instead of hitting the share button immediately do one thing first – Google it and find out if it is true. Start using critical thinking online every single day, and show your children the behaviour you wish them to mimic. Continue to monitor their time online, but start preparing them early to use critical thinking to weed out the fake stories and predators who use our own tendency to believe against us. It is a brave new world and we must take steps to ensure that those who are most vulnerable have the skills they need to navigate it – and in this world perhaps the ability to think critically (along with a healthy dose of cynicism) might well be the most valuable skill we can help our children develop. 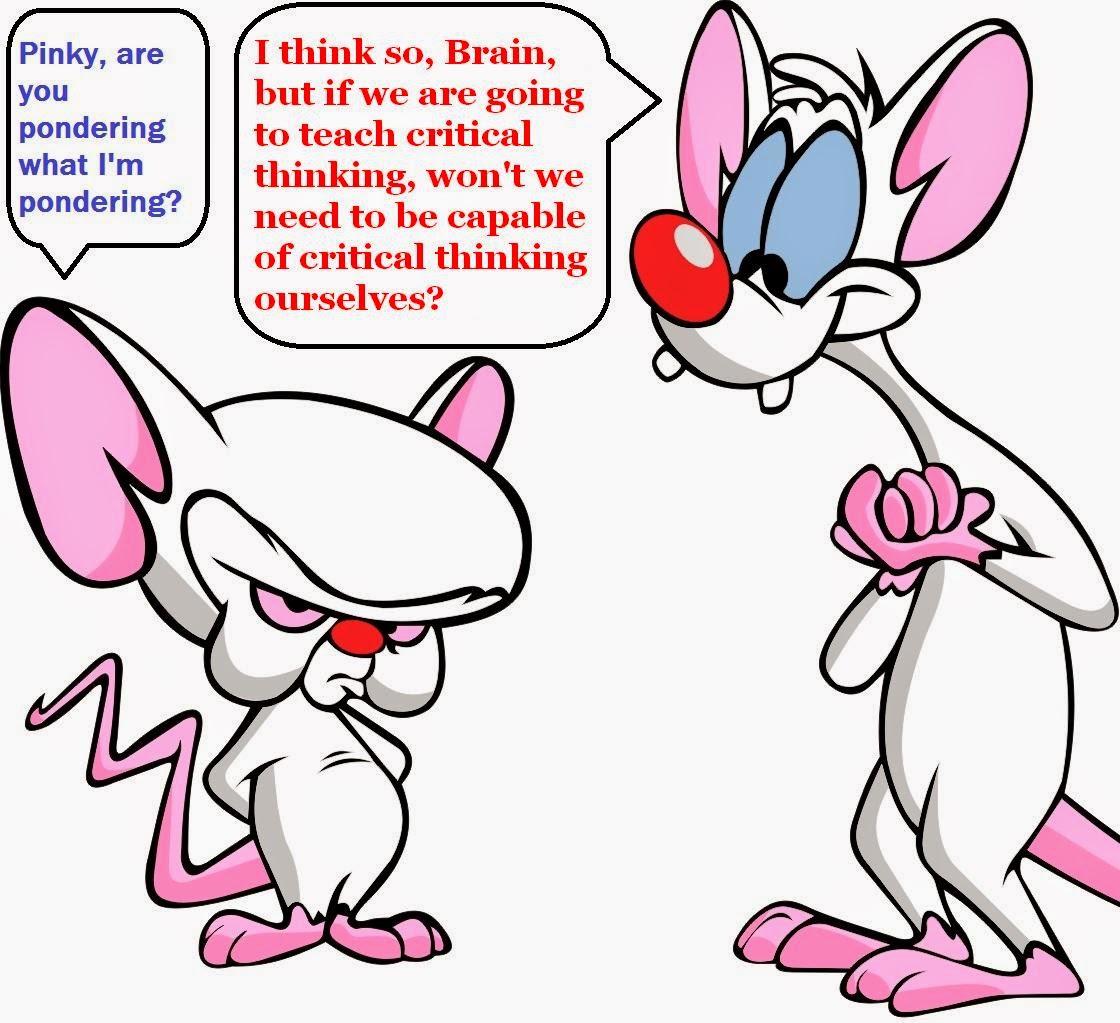