The Ribbon That Tied Together 2012 - Story of the Year 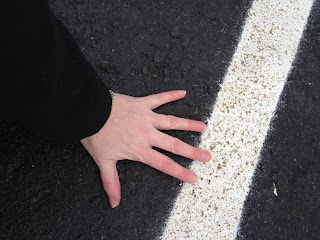 I will confess that I was not entirely sure what to blog about today. In the past I have done a retrospective on New Year's Eve, a look back at the year and a summary of what transpired over those twelve months. And I usually start the new year on an optimistic note, as one should do with fresh beginnings, which every new year is. Today, though, I decided I needed to blog about what I think was the biggest "story" in 2012 in Fort McMurray. It isn't just one story, though, but rather dozens, hundreds, even thousands, of stories all linked together by one common thread - or one common ribbon, as I have called it before. I refer, of course, to the ribbon of road called Highway 63.

On April 27th, 2012, seven people and one unborn child lost their lives in a tragic accident that I doubt this region will ever forget. The two survivors, one very young boy and one adult man, found their world forever altered, and the ripple effects spread far and wide into their families, their friends, and their community. That accident might be pointed to as the "biggest story of 2012" except that it is just one story of the thousands of lives that highway has impacted. It was, perhaps, the turning point for this region - and I know it was for me.

The night of April 27th I wrote an open letter to Premier Alison Redford, posted it in this blog, shut my laptop, and went to bed in tears. I awoke the next morning to discover it had been viewed thousands of times, and my email inbox full with comments, other stories of loss, and requests from media. Somehow, quite unwittingly on my part, I had become some sort of spokesperson on the tragedy on Highway 63, and I felt deeply unprepared. I had driven that highway many times, and I knew my emotional reaction to the losses this region had seen - but I did not feel I was equipped to speak to media. There is a time in your life, though, when you realize that even if you are not ready it might be in the best interests of others to act - and so act I did, and suddenly I had camera crews at my house.

There are some who no doubt think this was some sort of self-promotion on my part, some desire to be on provincial and national television, some lust for fame. They could not be more wrong. I struggled at many points because I kept feeling that I was not the right person to do this - I was not a politician or a highway builder or transportation official. I was a mom and a writer, and had no credentials to speak to tragic loss and what needed to be done to remedy the situation. In the end, though, I realized that perhaps that was exactly what this dialogue needed, someone who was just a mom and a writer and someone who travelled that highway and who was deeply, deeply personally affected by the losses on it even if those lost were not my family.

Since that time my name, and my destiny, seems to have become intrinsically linked to that ribbon of road that links this region to the rest of the world. When I Google Highway 63 my name often pops up, interviews I have done or stories I have written. I have lost track of the number of interviews, stories, and discussions. I have gone from being "just a mom and writer" to someone who has researched that highway, read about the statistics and history, and listened to the stories. I have listened to stories of close calls and near misses - and I have listened to stories of loss told through tears and grief.

In a way though that story, the loss of seven people and so many more both before and after April 27th, became another story, that of the announcement of a twinning completion date in the fall of 2016. I was present at that announcement, touching my hand to newly twinned blacktop and thinking about how it would save lives, lives like those I had written about. That story brought so many new people into my life, like another mother I think of particularly today as one year ago on New Year's Eve her life was forever altered when she learned her precious only son had been lost on that highway. Her courage has been a shining beacon for me this year. It brought into my life people like the organizers of the Twin 63 Now rally, two women of strength and character. It brought into my life so many others who emailed and called me to share their stories, and to tell me how my telling the stories was impacting them.

For me 2012 had a ribbon running through it, a ribbon that tied together my life in so many ways. That ribbon runs through our boreal forest, over bridges and past waterways. It meanders around corners and curves, and at times is incredibly beautiful to witness as the sun is setting and it glows under that soft warmth. It is a place of beauty and tragedy, of connection and loss, of hope and sorrow. It is Highway 63, a little road that we in this region know all to well, and with which I suspect most of us have a love-hate relationship. It is a road that changed lives, altered destinies, and which will, I hope, spend far less time in the media eye in 2013 and instead of being a focal point become just a road that links us to the world.

In 2012 Highway 63 altered many lives, including my own. I know I will never be the same because it changed me, and yet I feel terribly fortunate because the other lives it touched were changed in far more significant, and sorrowful, ways than my own. I know though that I will never forget that highway, no matter where I live in the future, nor the stories of those who experienced loss on it. I will never forget the conversation I had with one of the survivors of the accident in April, a conversation I will not recount but one that showed me such courage that it still brings me to tears. And so I deem Highway 63 as the Story of the Year for 2012, for all the losses suffered and lives changed and communities altered. It is a story of the year I hope will never be repeated until 2016, when I hope to deem the completed twinning of that highway as the 2016 Story of the Year. That will be a happy day indeed for me, and for this region. Instead today I find myself thinking about a very young boy who lost his family, an adult man who lost his wife and unborn baby, and a mother who lost her young adult son, and how they begin this new year without them, and in my heart I grieve for them, and for all who have lost loved ones on Highway 63.

The funniest thing is this: I deem Highway 63 the story of the year, and yet I dearly wish it was a story - or rather stories - I wish I had never had to write. I dearly wish I could go back one year and alter time instead, and that this story of the year did not exist. I wish I could do that, friends, I truly do - and yet I cannot, so instead I chronicle this, close my laptop, and hope that 2013 is a different year indeed for all of us - and for a little ribbon of road in northern Alberta. And while this post is rather sombre in nature it does not change my optimism for the year ahead, and so I wish to all of you a very Happy New Year, and my hope that 2013 will be a year you remember for joy and happiness. 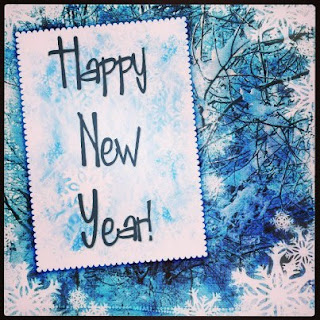