Toasting the Community Champions of the RMWB

Last night I had an opportunity, and it was one of my favourite kind. It was the chance to attend an event that was all about recognizing people in our community who work to better it, who do so with little need or desire for recognition, and who do it simply because it is the right thing to do. I am writing about the RMWB Mayor and Council "Toast of Champions", an evening designed to celebrate community.

I attended this event last year and was deeply touched, and this year was no different. This year it was held at MacDonald Island Park (meaning the food was terrific, the service stellar, and the atmosphere perfect). In attendance were our mayor Melissa Blake, all our councillors (with the exception of Phil Meagher who was away due to business arising from his other job in our community), our local MLAs, and dozens of people from within this community. I was honoured to attend as media because I see my role as being that of bringing the highlights of the evening to those who were not there, as well as perhaps shining an even brighter spotlight on the champions of our community.

When I took my seat at the table last night I quietly watched the slide show playing on the screens by the stage. The show was displaying the names of the nineteen nominees, and I was intrigued to see that I did not recognize many of the names. Now, I did not think this bad at all, because one of the things I have noticed is that there are many in this community who do their good work virtually unseen and unheralded. They are the hands and hearts behind so many things of genuine value here, but their efforts are not trumpeted or on display for the world. They go about their community service quietly, unnoticed perhaps except for those who nominated them for an award. They are perhaps the true heroes of this community, the ones who do what they do simply because it is good for the community - and in the end good for them, too.

MC for the evening Russell Thomas said a few words before dinner, and then we ate (enjoying the fabulous food as always, and the good companionship of others). And after we ate Russell called the mayor and council to the stage, and the eight winners of the "Toast Of Champions" were announced.

You all know I am a weepy sort, given to crying when emotionally overwhelmed, and last night was no different I am afraid. The sniffling my table mates heard was not the remnants of a cold or allergies but rather me trying to hold back imminent tears that threatened me at several points. I would like to list all the award recipients and say a few words about each as well.

The first award went to Sonja Burke-Smith, a remarkable woman in every respect. I have never really spoken to Sonja but I certainly have noticed her, as she has a style and flair that is hard to overlook. What she also has is a story of courage, and of healing through art, and what that can mean to community:

The second award went to a young man I found completely remarkable. My own Intrepid Junior Blogger is not much younger, and this is the kind of generational role model I hope she looks up to. I am several years older than he is, and frankly I look up to Cameron Forward:

The next to be recognized was Melissa Gladue, a young woman I have seen personally as she buzzed about in her Santas Anonymous role, bringing Christmas to those who would otherwise have none. A young woman who can make her Phys Ed teacher cry? Remarkable indeed, and it made me cry, too:

That brings us to the next community champion - Lisa Miller. She is an elementary school principal who is well loved, as I found out when I tweeted that she had won this award. Instantly I was flooded with replies from former students now all grown up, expressing their gratitude for how she changed their lives and how they miss her to this day. To have that sort of lifelong influence on students? Well, that is a special individual:

And then there is another school principal, this time a man named Jack Howell. An individual so passionate that he cares about students as people as well as learners, and someone who recognizes the importance of education in a way that raises a school attendance level hovering in the 50th percent to over 90 percent? Nothing short of amazing:

Then we have one of those very unsung heroes, someone so humble that he is unlikely to ever blow his own horn. I don't know about you but I despise picking up my own trash, let alone someone else's - but senior citizen Len Stepanuk does this daily, and his only reward? Beautifying our community one piece of garbage at a time:

Next up we have someone who helps us to show our incredible cultural diversity to the world - but who also helps those new immigrants to our community find their place in it, and begin to treat it as home. I have had the pleasure of meeting Zaid Sulaiman and enjoying some of the Pakistani cultural celebrations he has helped to create in this community, and to know him is a profound honour:

The final recipient last night was someone who couldn't make it to the event, but perhaps that is most indicative of what he does. Elvis Vossler has been quietly creating a community within his apartment complex, making it a safe and warm home for those who reside there, despite the occasional personal risk. He does not do this for recognition or reward, and so him not being there was perhaps symbol of all those who do these things often unseen, unheralded, and unrecognized - but last night he was:

It was lovely to see the eight Champions of our community recognized. The age range was astonishing, from high school student to senior. We saw individuals honoured who have likely not even yet chosen a career to those who are practicing their profession of choice. We saw a diversity in cultural experience and gender, and we saw something else. We saw a common thread, a thread of commitment to community and each other that was amazing to witness. It is the thread I see here often, the one I pick up and tie to myself whenever I feel a bit adrift, because this community is what anchors me. Perhaps award recipient Lisa Miller said it best when she stated "Look out for each other", because it is both as simple and deeply profound as that statement. Look out for each other, and see what happens. This happens, people - community.

Last night I said I cried, and while tears threatened at many points they did not flow until the final recognition of the evening. There is a man who sits on our municipal council of whom I am very fond. He has been kind and encouraging to me since the first day we met, and I suspect he has been the same to every person he has encountered in his life. He is a businessman, a philanthropist, a leader, a councillor - and someone worthy of deep respect, and recognition. He is Dave Kirschner, a man who is now facing a significant health challenge, and doing so with grace, dignity, and courage. I would ask you to read Russell Thomas' blog post about Dave, and about this recognition, because frankly tears are brimming in my eyes even now, making it difficult to type. All I can say is this: community members like Dave are the reason we are who we are today, and his service to our community should never be underestimated. My respect for him is total, my affection deep, and my pride to know him profound.

So, there you have it. A night of joy in our community, of celebration of community heroes. It was a wonderful evening, and I tweeted throughout it merrily, sharing the winners with our region. Today I share them with all of you in the hope that they make you smile, inspire you, or make you want to do one single thing to improve the lives of others. As Mayor Blake said our greatest resource in this region is not under the ground where the bitumen lies but rather above it, where our people dwell. That is the greatest resource - our community, and all those in it. 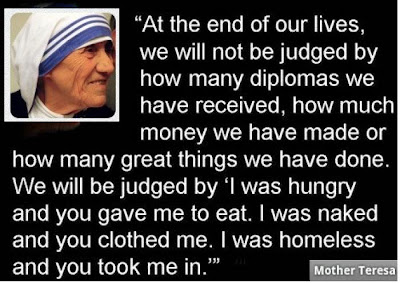 If you wish to view a recording of the livestreamed
RMWB Toast of Champions
you can do so here :)