What Shall I Do With These Hands? - Dave Gunning House Concert 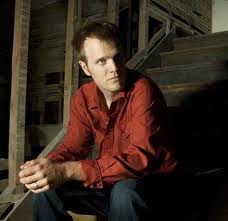 Photo credit to Dave Gunning
Well, people, I'm going to get a bit personal in this blog post. You see, this is a bad time of year for me. In fact there is a stretch, from March 10th to March 14th, that for a few years I wished would just disappear. It is, as I tell people, the most emotionally loaded time of the entire year for me. And it has to do with my parents. On March 14th 2006 my father passed away after a long battle with lung cancer. Three years later, on March 10th 2009, my mother died unexpectedly after suffering an aneurysm. In one of those classic life coincidences we buried her on March 14th - exactly three years after my father died. Standing at their graveside three years ago I decided that March was quite likely the worst month of the year, and that March 10th and 14th were particularly bad days. For the last few years those were days I hid from the world. This year I did something different. Last night, on the sixth anniversary of my father's death and the third anniversary of my mother's funeral I went to a house concert - and I found peace.

The house concert was at the home of my friends Matt and Aileen. As I have written previously they host house concerts through a group called Home Routes, and I attended one late last year. Since that time I've become even more fond of Matt and Aileen, as they have shown me such kindness and support at every turn (including when Matt rescued this very blog from design disaster). So, last night I arrived to be greeted by the charming Harley, their gentle giant of a dog, and I settled in to enjoy some music from Juno-nominated celtic folk musician Dave Gunning.

It was a packed house - literally - for the show. Many of the friends I have made through this blog were in attendance, and it was pure pleasure to share the evening with them. You see, Dave is a wonderful singer/songwriter/musician. He is charming and engaging. He tells a fabulous tale, and he plays a mean guitar. He sings and he weaves a story while he does, his lyrics telling the tale just as surely as my words do in this blog (and perhaps far better than I ever could). But Dave is more than all that, too.  I think that maybe Dave, like me, is aware of the connections in our life, how the separate threads of our existence somehow tie themselves together in unexpected and yet logical ways. This happened to me last night, as Dave was exactly what I needed on this most unhappy of anniversaries. Dave, and his stories, were healing.

Dave pretty much had me when he explained that he began playing music because he was inspired by John Allan Cameron and Stan Rogers. I've always been a fan of both of them, but Stan in particular - and I feel that Stan's death in a plane accident in the 80's was a huge loss for the Canadian music scene, as he was remarkable. As the evening wore on, though, Dave kept telling stories and weaving in other Canadian performers, like when he worked on Stompin' Tom's tour, and how he's known George Canyon for years. You see, I love Stompin' Tom, as he is the quintessential Canadian, and my dad had been fond of him. And just last year I got the chance to meet George Canyon and spend time as his driver when he played the SummersEnd festival, and in that short time I became incredibly fond of George (I'd do just about anything for George and his boys, including tracking down and trapping a black bear so they could see it since they didn't get to see one when they were here). I started to feel pretty close to Dave even though I'd never spoken to him. While I hadn't spoken to him he was definitely speaking to me - in his stories, and in his lyrics.

Dave has a story he tells about a couple he met. They were celebrating their 50th wedding anniversary, and they shared with him some of the stories from their life together. He wrote a song about them called "Saltwater Hearts", and in a club a few years later was telling the story of meeting them before playing it. An elderly woman interrupted the story. She told him that she was the female half of the couple he had met - and that her husband had just passed away. I sort of lost it at that point, seated quietly in a corner of Matt and Aileen's living room. My parents' celebrated their 50th anniversary just a few years before my dad died - and then just three years after his death my mom was gone, too. Dave's story didn't sing to me - it resonated to my core, and it was as if the loose threads of the last three years began tying themselves together with a fury.


There were so many more songs, too, covers of Stompin' Tom, and a lovely rendition of "Fare Thee Well To Nova Scotia". Dave said he is partial to hanging songs (as many folk musicians seem to be) and he sang one of his own composition as well as "Long Black Veil", perhaps one of my very favourite folk songs ever written. He told other stories, too, of how he went to Afghanistan last year to sing the national anthem in Kandahar - and even travelled to Kabul. He spoke of his experiences there, and how the situation is so complex and so troubling (and I could see in his eyes that Dave is perhaps like me, with a few loose threads in his life just waiting to be tied to those other threads as they appear). And he sang a song I found particularly beautiful - called "These Hands", with the lovely chorus that asks "what shall I do with these hands?". And that sang to me, too, because I think it's a question we all ask ourselves at some point.

Dave seems to be truly humble, a genuine person, sincere and authentic (which is why his friendship with George Canyon didn't surprise me, as George is exactly the same way). He is musically talented, writes lyrics that are stunning in their depth, and is able to his engage his audience in a truly amazing way. And engage them he did, having the guests last night singing along to songs they had just learned, and swaying to those classics they already knew well. And, at the end, he received a standing ovation, every person crowded into that living room rising to their feet in unison to thank Dave for his performance, his music - and for his heart, which is clearly visible in both his music and the tales he tells.

I admit it. While watching Dave last night I shed tears more than once as I worked through some of my emotions from the past few days. I did so in the safety and comfort of Matt and Aileen's house, a place where I feel at home despite only knowing them a short while (and simply because they have made me feel welcome, and secure, and offered friendship to a total stranger - me). And in the end I felt peaceful. This year has already been better in terms of this anniversary, because this past year I began this blog and I found something. I found new friends, and new opportunities, and new connections. And I found more and more often that through those friends and opportunities and connections the loose threads of my life are tying themselves together, coincidences building on coincidences and things coming along at exactly the right time - like attending a house concert that somehow took another step in healing my broken heart.

So, about Dave Gunning - I know what he has chosen to do with his hands, which is to play and write songs and share his thoughts and ideas and dreams and wisdom with the world. And I too have found what to do with my hands. They write this blog almost every day. They share with you what I have done and seen and discovered and found, even sometimes something a bit personal, like today. And even thought it's a bit personal I feel quite comfortable sharing it with all of you - because over this last year I feel like my readers have become my friends, too.

It was "just" another house concert, and "just" another night in Fort Mac - except of course that it was anything but that. It was yet another one of those evenings in this community that made my heart sing - right along with Dave Gunning's gentle, beautiful, wise songs. And it was in the company of friends, and in the community I have come to love. It was "just" one of the most healing nights I've had in years - and that, people, is anything but "just".


My sincere and genuine thanks to
Matt and Aileen
for the invitation -
and their friendship.
And my thanks to Dave Gunning,
for the music, the lyrics, the stories -
and tying some of those threads together.