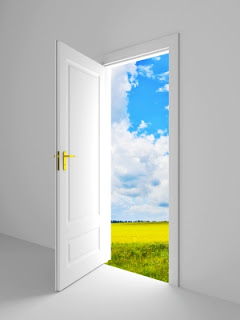 I got the email as I was headed down Highway 63 with my husband and the Intrepid Junior Bloggers. It was Teacher's Convention Week, and the ideal time to get away for a few days before things get crazy when spring arrives (as they always do in my house). I opened up the email and found an attached file, and as soon as I read it I went "uh oh" - because it was the story about Fort McMurray from the British edition of GQ magazine.

For those who missed it a pair of GQ reporters visited Fort McMurray late last year. The duo consisted of journalist A. Hannaford and a photographer, and they came to write a story on the city. As when any journalist arrives I was delighted that they actually came to visit as opposed to writing the story from thousands of miles away without ever setting eyes on the community, but when I read the story my delight faded away frightfully quickly.

I admit it. I saw red when I began reading the story. When we arrived at our hotel in Edmonton I took to Twitter and began spreading the story around so others could read it - and I contacted Mr. Hannaford almost immediately. Look, people, I'm not one of those who sits around and takes pot shots at people from off in the distance. If I have a problem with you then I'm bringing it to you - and that's what I did with Mr. Hannaford. I knew that he has a good reputation as a journalist, and I didn't question the veracity of the story - I know the demographic he wrote about exists in Fort Mac. What I wanted to know, though, was if the angle and focus of the story had been predetermined before ever arriving in the city. I wanted to know if the angle was always intended to be negative, and the focus narrow - and I wasn't surprised to discover it was.

Mr. Hannaford replied with this:

Mr. Hannaford commented that he had "hurt some feelings" in the city, and I replied with this:

I found his reply quite amusing. Of course we still have problems. Mr. Hannaford is originally from Great Britain, a place that has had "problems" since before the fall of the British Empire - but I digress.
Through our exchange I think we established the piece was always intended to have a narrow focus, although I wondered about something. I wondered if it was about the environmental fallout why only seven short paragraphs had been devoted to that, and I wondered if it was about social fallout why only the negative fallout was noted. What about the positive social impact of oil sands developments? So, I asked:

And I followed it with these comments, too...

And I mean it, every word, and not just for Mr. Hannaford, but for other journalists and photographers - and just average people. We can all open our doors, to both those who come here from other places and those who live here but aren't sure about it quite yet. They might not always walk away seeing us as we hope they would, but at least we have tried. I think we all need to take every opportunity to show everyone OUR Fort McMurray, whatever it happens to be to us, whether it is our families or schools or recreation centres - or strip clubs. Because we are all those things, not just one or the other. Just like every other place in this world we are the good and the bad, the light and the dark, the positive and the negative, the recreation centres and the strip clubs. We are all those things, and more - and frankly, I love this city in all it's dichotomy and craziness and Ed Hardy and pick-up trucks and galas and million dollar homes and tents on the Snye and schools and bars and people of every description. It's funny, because in the end this story reminded me of how much Fort McMurray means to me, so I guess in a sense I owe that to British GQ - but it doesn't mean I'll be buying a subscription anytime soon ;)
For an interesting discussion on the GQ article
be sure to check out YMMPodcast - You, Me, and GQ. 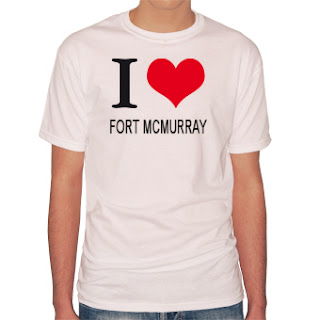