RARA, KAOS, and Eagles - All On The Same Night

Oh, how I love acronyms, especially ones that lend themselves to word play. The two names in the post above are sort of like that although only RARA, the Regional Aboriginal Recognition Awards, is an acronym, while KAOS are the call letters of a local radio station. On Saturday of the past weekend I had invitations to attend both the annual RARA banquet and the annual KAOS banquet, but had already accepted the invitation to RARA so declined the invitation from KAOS. Thanks to a wily friend, though, we managed to attend both events, the RARA as ticket-holders, the KAOS banquet as party crashers, and we even managed to work in attendance at a birthday party at the end of the night, too - but let's start at the beginning.

The Regional Aboriginal Recognition Awards have been around for a long time - 24 years, in fact. That fact alone impressed me as any event with such long-standing success in this community is worthy of recognition itself. What also impressed me, though, was the calibre of people the RARA attracts, from the MC Susan Aglukark, to keynote speaker Billy Mills, to all those who received awards that night. Held at the Quality Inn it was a pretty packed house for dinner, and we were treated to Susan not only speaking but singing as well (and her voice is still lovely, even years after she found her initial fame on the Canadian music scene). During dinner we were treated to something very, very special - a keynote address from Olympian Billy Mills.

I'd heard of Billy Mills before, but didn't know the details. He is a Native American athlete who competed in the 10,000 metres in the 1964 Olympics in Tokyo - and staged a complete upset by winning a race no one expected him to win. But Billy isn't just an athlete, any more than any of us are "just" one thing. Billy is a father, and a husband, and an amazing speaker, too. Billy spoke of many things - of how his Olympic experience blended his Native beliefs with his understanding of Greek mythology.  When he quoted Socrates shades of Ian Hill's recent speech on Fort Mac becoming the new Athens came to mind (it's funny how these speeches by different people at different events seem to tie together somehow, springboarding off each other in my head). Billy spoke of being empowered by the journey, not the destination, about the daily decisions that choreograph our destiny, and about how the choices indigenous people make in the next 50 years will determine their destiny on this planet. Billy talked about how perceptions are our greatest challenges, and how they are neither right nor wrong, but how they can have the strength to break you if you allow it. And he shared a deeply personal moment, a moment when he almost broke, a moment when he almost allowed perceptions to take his life as he teetered on a window ledge deciding whether or not to jump (that would be point I began crying, which I always seem to do at these events). Billy didn't jump - because he heard his dad's voice saying "don't"(Billy lost both his parents when he was relatively young, but they clearly had deep influence on his life). He began to heal, he began to challenge the perceptions, he began to believe in himself, and he began to believe he could win - and he did, a gold medal no one expected him to win, breaking all those perceptions.

Billy spoke about how we are our own toughest and weakest competitors, and about how we need to go on a journey to the centre of our soul to find our wisdom. He asked us to empower ourselves - and then to empower others. He spoke of humility being a virtue of a true warrior, perhaps not a trait commonly associated with warriors but essential nonetheless. And he spoke of loving and respecting yourself so you can give that love and respect to others - and I think Billy Mills speaks this lesson from profound personal experience.

Billy also spoke of the spiritual steps necessary to become a warrior: seeking to be unique, seeking to belong, seeking to make a difference, and seeking to understand. He talked about everyone needing to identify and pursue their own dream - not the dream of others, but their dream, the one closest to their heart, and the one for which they feel true passion. And as he spoke he kept weaving in stories and images of eagles, soaring and flying high above, like the eagles that seemed to come into his life in stories and images. That was when I truly cried a bit, because a friend told me recently that the thing they loved most about me right now is watching me soar as I followed my passion and my dream (writing, mostly about this community, and about all of you, people). I realized that I had identified my dream - and had, in the past year, begun to truly pursue it. You see, I have seen my eagle, and it soars above me every time I meet a person of passion and vision and drive, every time I go to an event and hear speakers like Billy Mills and Ian Hill and so many others, every time I meet those in our community who give so much to others and ask for nothing in return, and every time I think about all the amazing people I've met here. My eagle is very much present, and it seems to be guiding my path, so when Billy spoke of the eagle I thought of my own, soaring above when I sit down to write the way I am right now.

The awards followed Billy's speech, and they were truly moving and deeply impacting. From the Junior Achievers, young men and women who are already contributing to their community, to the elders who have carried the torch of their communities for decades, there was pride and humility and, I think, soaring eagles above them. There were stories of dark times, residential schools and alcohol addiction, and of being lifted out of those times and following a new path that led to doing good for others. You could almost hear the flapping of eagle wings during these stories, I think. It was amazing, and it was inspiring, because all these individuals are living the warrior path Billy Mills spoke of - and inspiring others to do the same.

I admit we snuck out of the awards before they were all handed out because we were going to crash another event - the KAOS 91.1 Annual Banquet. KAOS has now been in the community for 5 years, so it was a special celebration, and well, they kind of became close to my heart when they participated in the "One Green Paperclip" experiment the Intrepid Junior Bloggers and I are running. So, my friend and I grabbed our coats and ducked out of the Quality Inn to head to MacDonald Island, and there we found the KAOS banquet in full swing with city councillor and auctioneer Phil Meagher auctioning off dessert items.

Yes, you read that right, Phil was auctioning cakes and pies in his remarkable auctioneer style. If you've never had a chance to hear Phil speak or, even better, run an auction, I highly recommend it as he is funny, completely irreverent, and pretty much able to drive people to pay hundreds of dollars for a pie or cake. He is actually bloody hilarious, and I love watching faces as he says something so close to the edge as to be in danger of falling off, and then pulling himself back before careening right over. Entertaining as hell, and I was quite amused. I was also amused and, even more, delighted, to see the name "McMurray Musings and the One Green Paperclip Experiment" listed in the program as a sponsor, as we had exchanged hockey memorabilia for banquet tickets. I got a bit teary then, too, because that was a first for me - seeing my "name" and our project listed like that made some of what I do here feel very, very real. I can't thank the KAOS folks enough for that, because I didn't expect it and I imagine they have no idea what it meant to me - but here it is : it meant the world to me, so thank you! KAOS 91.1 does some amazing work in the community, including helping newcomers adjust to life here, and I think they are truly remarkable for that alone.

After they had run out of pies and cakes to auction we got to hear Mayor Melissa Blake speak (still my favourite speaker in this city!), and then perused the silent auction items (where I located the hockey memorabilia, which had attracted several bids and looked to be going for a tidy little sum). We spoke to a few folks, I met a couple of the people with KAOS, and then we ducked out again because our final destination was Longshots, and a birthday party for a special friend. We ended our evening there, laughing and talking and just generally celebrating - because it was a night to celebrate, not just a birthday but so many things. I celebrated seeing my name in that program for the first time, and how that felt (not the recognition, but the feeling that what I do in this community just might be real). I celebrated seeing people like Phil Meagher auction cakes and pies. I celebrated seeing people like Dylan, councillor Russell Thomas' son, receive a Junior Achievement Award at RARA as he begins his spiritual path to becoming a true warrior, and community leader. I celebrated seeing Billy Mills speak, and the tears that came to my eyes more than once as he did. And I celebrated hearing the flapping of eagle wings above me as I travelled around this community - my home - and embraced all that it is, and all that it has to offer.

When my friend dropped me at home that night, late, dark, and in the cold, I won't tell you that I saw an eagle - but I felt it, people. I felt the wingtips brush my cheek as I ended another evening in this amazing, slightly crazy place I call home. 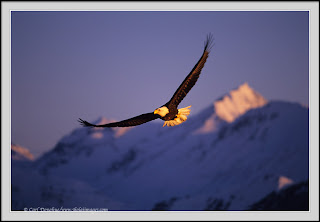