The Trews Prove Themselves True 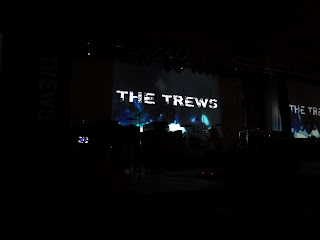 One of the things I love most about this blogging thing is that in some circles I am being considered "new media". When I first began doing this I think many places weren't quite sure what to do with me. I'm not a newspaper reporter, or radio personality. I don't come with a film camera or a tape recorder. I tend to show up at press conferences with a camera and my iPhone, and occasionally a notebook. I have no official credentials, no one vouching for me, and I have a tendency to just show up at things. And to be honest I haven't always been sure myself if I really was media at all. However, I have learned that many of the local facilities and groups are quite open to this concept of "new media", and I find myself receiving media invitations to many things - and I couldn't be more delighted.

So, a couple of weeks ago when I received an invitation from MacDonald Island Park to attend "The Trews" concert as media I accepted, of course. I try to accept as many of these invitations as I can (which explains why my daytimer looks like a crazy person writes in it, times and events crowding every page and scribbled in every margin). Last night I headed down to Mac Island (or, as I call it, my "home away from home") and settled in for the show.

The set up last night at the Nexen Field House was awesome. Instead of the length-wise concert style they used at Down With Webster they went with the stage sitting width-wise, which I think was brilliant. Add a beer garden at one end (probably should have been a beer garden at both ends, considering the apparent popularity of the idea) and it was pretty much perfect. It was an interesting crowd, mostly people in their twenties or so, but some older and some younger, too. And it was a pretty boisterous crowd, many of them having seen The Trews play here before, so they knew what was in store for them. I didn't, as I'd never seen them live. I'd heard their music, of course, and enjoyed it - but I had no idea what they were like live. 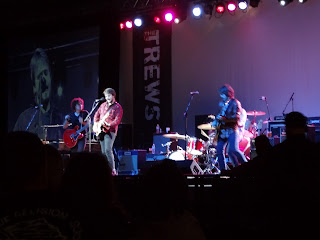 The opening band, "Poor Young Things", is out of Toronto (or, as they were introduced "the mean streets of Thunder Bay"). I've spent time in Thunder Bay, having lived in northwestern Ontario for several years, and it was interesting to see a band that had come out of there and is now hitting the Canadian music scene with a vengeance. And it is a vengeance indeed, with their fundamental rock n'roll sound. It's not fancy, and it's not fussy. It's rock, plain and simple, played well, and played loud. The crowd reaction to them was a bit lacklustre, but it often is for opening acts when those in attendance have truly come to see the headliner. I was pleased that by the end of their set a few people were up dancing as "Poor Young Things" deserve some attention.

After they finished their set it was time for a quick stage change for "The Trews", and time for one of my favourite parts - collecting a media pass and getting to weasel in up front for some photos. I headed to the front of the field house, got my lovely little media pass, and camera in hand politely managed to secure a spot at the fence right in front of the stage. The crowd, anticipating the arrival of the "The Trews" on the stage, had begun to build up in front of it, and they were eager. And they were not disappointed. 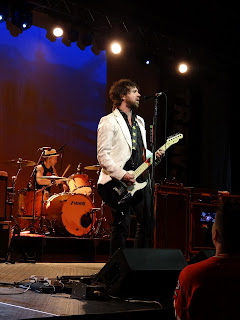 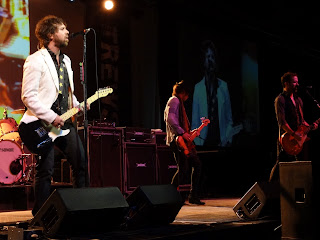 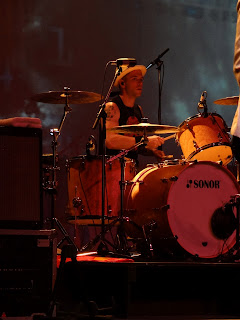 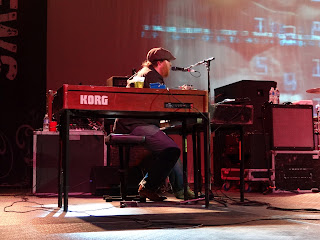 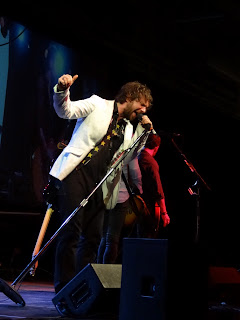 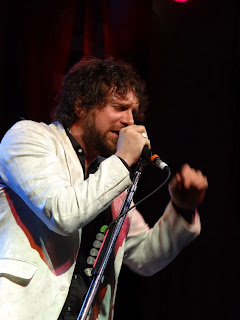 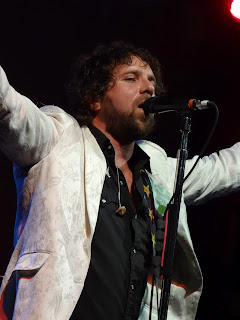 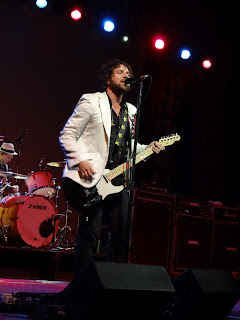 Look, people, I've seen a lot of concerts over my years on this planet. I spent a good part of my twenties hanging around musicians and bands, and I've been inside more night clubs and concert halls that I can remember. I've seen famous bands, bands that went on to fame, and bands that went nowhere. I've seen shows that were great, shows that were okay, and shows that faltered. Last night I saw a show that didn't have one single weak moment. I saw a band that doesn't appear to have one single weak song. Not. One. Weak. Song. I can't emphasize that enough. At most gigs there are songs you have to kind of "wait out" - filler songs that you endure as a penance to get to the "good stuff". Not so with "The Trews". Every single damn song is a masterpiece of musicianship and performance. Every single moment is enjoyable. It's nothing short of astonishing, and I can see why they have an avid following for their music and their live performances. 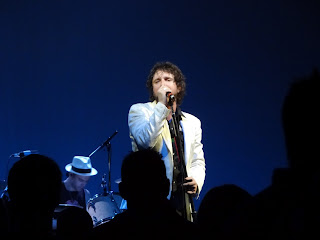 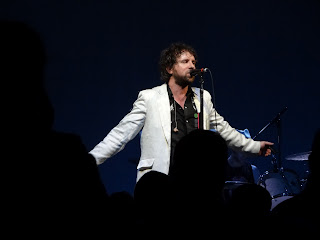 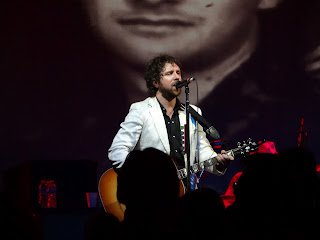 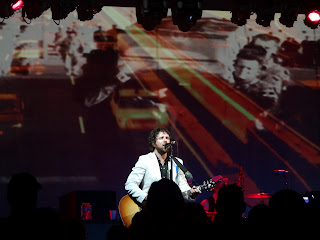 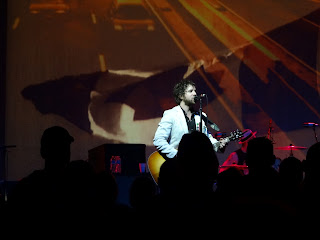 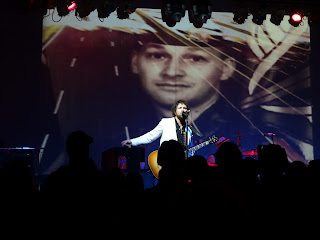 There were some very special moments, like their performance of "Highway of Heroes", a deeply moving song about the highway travelled by hearses carrying our dead soldiers home to their final rest. There were amazing solos of guitars and drums, and there were moments when the crowd sang along to every word. There were moments when the audience moved in unison, hands clapping or rising up into the air. And the final moment, the encore song cover of Neil Young's "Rockin' In The Free World", when they were joined on stage by "Poor Young Things"? Just plain wow. 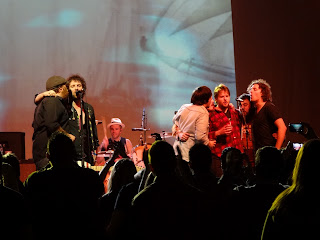 It was a TERRIFIC show, raucous and boisterous and crazy and loud and wild. It was two Canadian bands showing their worth, and it was "The Trews" proving themselves true - true musicians, true performers, true Canadians, true patriots, and truly a good time. If they come back again - and it's not really an "if", it's a "when" - I intend to be there, with or without a media pass. And I'm betting every single damn person there last night will be there with me, because I can guarantee they won't want to miss it either.
My sincere thanks to Rock 97.9 for presenting this show,
to MacDonald Island Park for the media invitation,
and to
"Poor Young Things"
and
"The Trews"
for another great evening of entertainment
in Fort Mac!
at March 10, 2012