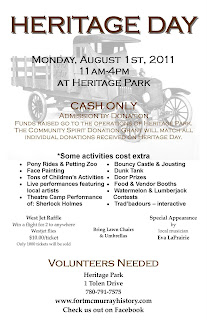 You know, when I travel one of the things I often hear from strangers about Fort Mac is how "boring" it must be to live here, how there must be nothing to do, and how it must be a cultural wasteland. There are days I sincerely wish I could drag every person who has said that to me to this city to attend certain events to see how wrong they are - and yesterday at Heritage Park was one of those events, people. 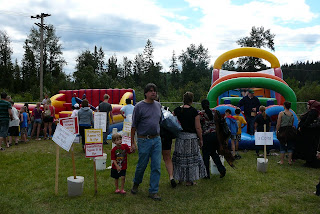 I arrived at Heritage Park a bit later than I'd planned, about 1:30. The late start was due to the fact that I wasn't sure I'd be going at all. I've been fighting off a nasty summer cold, and didn't relish the idea of wandering around leaving a trail of soiled tissues behind me. But I knew I wanted to check it out so off I went, tissues tucked in pockets and hand sanitizer at the ready. 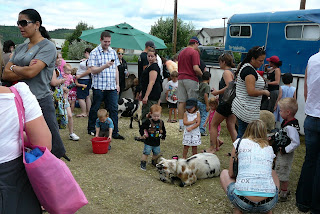 When I arrived the line-up to get into the park was quite long. Apparently there had been a line for most of the day, which speaks to the popularity of this event. There were a lot of families in the line-up, but also a significant number of people in their late teens and early twenties, which I found interesting. That diversity of ages shows that this is an event that is embraced by a wide variety of people. 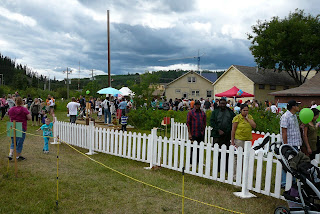 Once inside, though, the true diversity of Fort Mac shone brightly. There were representatives from almost every ethnic and national group that call this city home. I was delighted to see the booths serving ethnic cuisine, and came thisclose to buying some beautiful jewelry from a booth selling ornate Indian baubles (my family calls me a crow for a reason - I like sparklies!). I was thrilled to see the Hindu society providing henna tattoos, and other groups just sharing their cultural identity with the rest of the city. 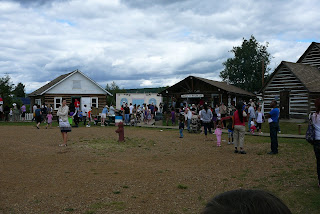 There was the usual fare, too, of course, with cotton candy and slushies, bouncy castles and a petting zoo. In fact there appeared to be something for everyone, from the very youngest to the very oldest (a senior's activity booth, which struck me as a lovely idea). There were activities and face painting and music and a buffalo. There were booths from places like the Fort McMurray Public Library, and local artists like Megan Storrar (more on Megan in a blog post tomorrow, as we purchased one of her paintings and I feel very strongly about this woman's talent and future). 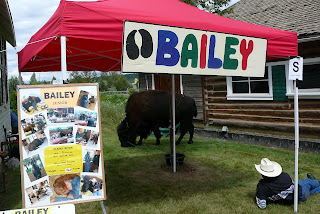 Set against the backdrop of our lovely little Heritage Park it was truly a wonderfully diverse event, in both the sense of multiculturalism and age range. It brought together people from so many different aspects of our city, and allowed everyone there to see and sample just a bit of that range of culture. 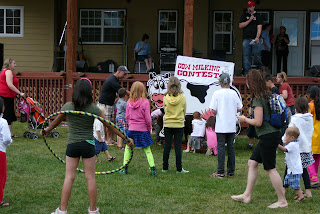 As you might know the weather was not cooperative yesterday. There were light showers, and, at times, there were some fairly significant downpours. During those downpours, though, people would rush into a tent or building, chat a bit, take a look around, and then, when the rain had ended, move on to the next tent or building or activity. The rain might have dampened our hair and our clothes but it seems no amount of rain could dampen the spirit or enthusiasm of Heritage Day. That is what is truly greatest about this city, people. We embrace these moments, whether it is raining or the sun is shining. We find a way to celebrate our city, our heritage, and our diversity. We find a way to build our community and strengthen our ties within it. We turn this supposed "cultural wasteland" into a place where someone who came from outside would be astonished to see our stunning ethnic diversity, our vibrant arts scene, and our passion for our city. Next time a stranger tells me about how "boring" and "lacking in culture" my home must be I hope they are ready for my reply - because I plan to do some educating. I'll start, I think, by telling them about Heritage Day, Fort Mac style. 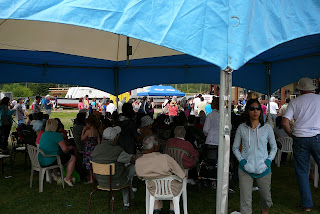