The Search for A Premier - Alberta's Progressive Conservative Leadership Race 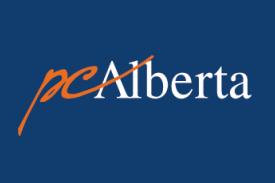 Well, people, last night I stepped outside my comfort zone a bit and attended the Progressive Conservative Leadership Forum right here in good ol'  Fort Mac. Why is this outside of my zone? Well, two reasons, really. The first is that I like politics, but I'm not what I would call "politically astute". I have my opinions, but if you want someone who can talk about the tiny details of specific issues for hours then I am NOT your girl. I tend to go more with my feelings about politicians as individuals, and while their platforms interest me I am more intrigued by their character. The second reason I was out of my zone? I'm not a member of the Alberta PC party. Yes, that's right. Ideologically I lean left (I grew up in Saskatchewan and spent my formative adult years in Toronto, so sue me, okay?). However, I'm also not dumb, and I know which way the political wind blows in this province. One of the candidates currently competing for leadership of the PC party will be our premier, at least for a time, and will very likely be leading this province into the future for some time to come (unless things change pretty drastically, and drastic change doesn't seem the Albertan political style).

So, there you have my full disclosure. Despite all that I found myself at the Quality Inn last night with a whole lot of other people to hear the candidates. I was very impressed with the turnout from Fort McMurray, people. It seems there are a lot of people here who are quite involved in the political process, and it was terrific to see them there. I was especially delighted when a family came and sat next to me, a mom and dad with their teen and pre-teen kids in tow. Seeing youth interested in democracy thrills me, regardless of political orientation, because our future lies with these young minds.

The debate and forum was very well organized, with each candidate giving an opening speech, answering questions that were submitted by the audience, and then giving closing remarks. The moderator of the forum did a great job, even including a couple of "left" jokes about the candidates on the left of the podium (I was afraid my not laughing at these would give away my own political leanings, but everyone else was thankfully too busy to notice the lefty in the crowd).

I'm not going to go into grand specific details about all the platforms and positions of the candidates. I will say that this is an impressive group on many levels, and I do have some observations about them.

Of the entire group I would say that Gary Mar and Rick Orman are the most politically "polished". They speak like politicians, and carry themselves like one, too. This isn't a bad thing, of course, and it means you tend to pay attention when they speak (well, I did, anyhow). I was amused when Rick Orman took some shots at the other candidates, too, as I like a bit of feisty aggressiveness in my politicians (I've been told I am feisty so I guess perhaps it's a quality I admire). Gary Mar is very smooth in his delivery and oration, and has the kind of voice you could listen to for a very long time and not tire of. Rick Orman may not be quite as smooth but he's not far behind, either. The one thing that seemed a bit disingenuous about Rick Orman is when, during his closing remarks, he said he thinks about Fort McMurray every day when he wakes up, and how to make it better. This seemed an odd statement, especially since I live here, have done so for ten years, write about it daily, and yet even *I* don't wake up thinking about it every day. Maybe he really does, but it just seemed...well, a little bit false.

Ted Morton is a bit of a quandary for me personally. He was the only one who was very specific in platform details most of the time, and I admire that. No wishy-washy comments, just straight-up "this is what I will do, and how, and when". The problem I had is that he's not a terribly inspiring speaker, and just doesn't seem as polished as the previous two I mentioned. Now, that's not necessarily a bad thing as sometimes "polish" can come off as "car salesman slick" so it's a fine line to walk, and maybe this is where Ted walks it.

Doug Horner seems passionate about his run at this, but I must admit he didn't inspire me personally or make me want to buy into his vision. I don't know, he just comes across a bit bland, and I'm the sort of person who wants to be inspired. If you read my blog you know I'm into two things - vision and passion - and I adore people who can make me see their vision and feel their passion. Doug just didn't do it for me. Even after two hours he remains a bit of a puzzler for me.

And so to the final two candidates, and, quite frankly, the ones who impressed me the most last night. I don't know if either has a real shot at the leadership as I admittedly do not know enough about the inner workings of the party to say - but these are two people I would love to see as premier, and if not now, some day.

Alison Redford brings passion, vision, intelligence, and a different perspective. I happen to be one of those people who loves to see a stereotype turned on it's head, and the idea of a woman running a party and province long perceived as an "old boys club" thrills me. This isn't about gender, though, it's about ability and competence, and I think Alison has those qualities. She has worked with the Prime Minister's office, and she has worked internationally. This impresses me and makes me think she may well have what it takes to lead our province into a new phase of our development (and people, we are headed into a new phase, make no mistake). She also seems to get Fort McMurray, and told me that when she thinks about this community she "gets goosebumps" - and that won my heart as, quite honestly, so do I.

Doug Griffiths is the youngest candidate, and while he is young he is clearly passionate. I spoke with Doug last night after the forum and twice he apologized to me for monopolizing my time or boring me - but passion is NEVER boring and I was delighted to hear him express his vision so clearly. I also think that he gets Fort McMurray on a local level, and we talked about the enthusiasm in this community that is just waiting to be tapped into. He gets the importance of arts and culture on influencing our world, and he and I spoke about how residents of this city are starting to tell the story of our community through things like blogs and film-making. I really happen to like Doug, not just politically but as a person, too, and I think he has an incredibly bright political future. In his closing remarks he commented that people have told him he will be a great premier "some day", which I admit is what I was thinking(totally busted, sorry Doug!) but as he pointed out "some day" is now. And maybe he's right. Maybe what we need is someone young and fresh and new, like Doug Griffiths or Alison Redford. Even this left-leaning non-politically astute blogger can get behind that kind of premier.

So, there you have my decidedly non-professional opinion of the Progressive Conservative leadership forum, and the candidates. Look, people, I don't think I'll be running out and buying a membership in the PC party in order to vote for the leader, but I do know that when the provincial election rolls around decisions will need to be made. So, for me it's about who will likely lead this province into the next several years, not just who will lead the PC party. I have just as much at stake in this as any card-carrying PC party member.  I may not be one of those members, but I am an Albertan, and whether I am PC or not the premier is my representative, and I want one that I am proud of and trust. I may lean left in ideology, but once the premier is elected that falls away a bit and I entrust my home, my future, and my child's future to their guidance. This is irrespective of my political leanings, and that's why I attended the forum last night. It wasn't because I am a staunch PC member - it's because I am an Albertan, and one of these people will be my premier. I hope it's one that makes me, and all of us, proud.
at August 12, 2011