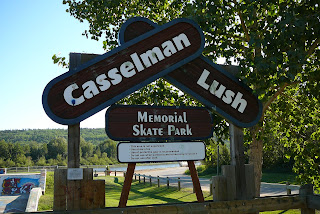 Reclamation is a word you hear a great deal in Fort McMurray. It's a big thing in the oilsands industry - reclamation of tailings ponds, and of mined land. It's an important topic, no doubt - but there is another kind of reclamation going on in Fort Mac, and it's the kind that interests me even more. It's the reclamation of our community, and it's going very well, people. 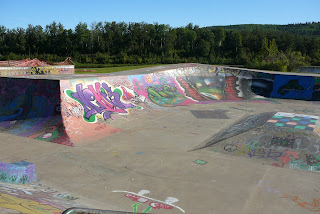 You can find a lot of evidence of community reclamation, but one of the most visible recent attempts at reclamation is the Casselman Lush Memorial Skate Park at Borealis Park in downtown Fort Mac. The skate park has been a fixture of this area for some time, and over the years it had taken on a shady side. Friends who reside in the long-term Nomad Inn residence have told me of witnessing unsavoury events in that area (usually involving drug transactions). It had also just become a bit dispirited - a bit run down, a bit sad in the aesthetic sense, and speckled with graffiti. So, Fort McMurray Parks Patrol hosted an event called "Tagapalooza" at the end of July, and the goal was to refurbish the skate park with some new art. I went to check it out last week, and was very impressed with both the idea and the realization of it. 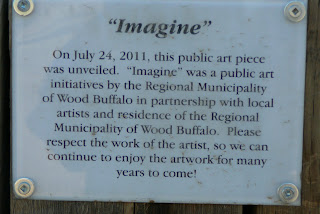 The concept behind the re-furbishing was "Imagine", and local residents (artists, children, and just those with an interest) were invited to visit the skate park and paint their vision onto the concrete. The paintings have many different themes, and they coalesce into an astonishing view. 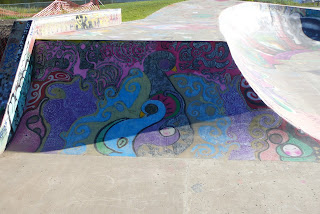 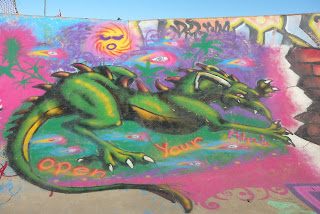 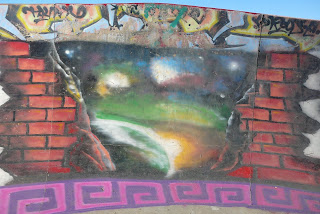 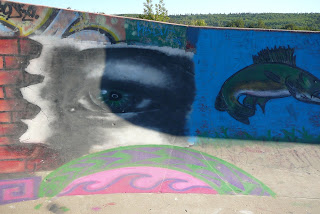 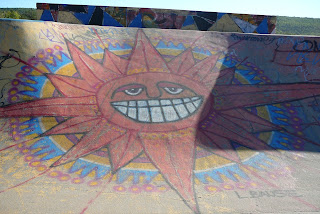 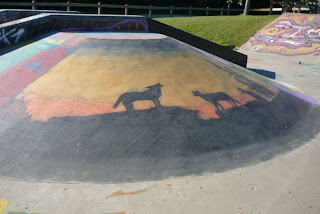 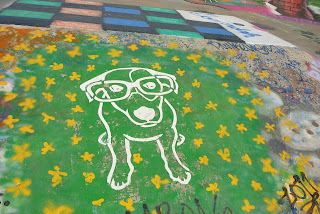 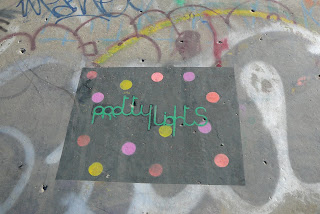 Now, being a writer means that while I love looking at art words are what truly inspire me, and thus some of the quotes painted into the concrete caught my attention. I hope those who use the skate park look at these and think about the meaning, because these are true words of wisdom, people. 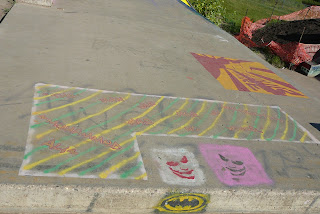 "The man who has no imagination has no wings" - Muhammed Ali 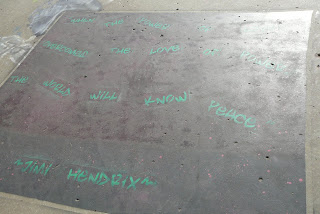 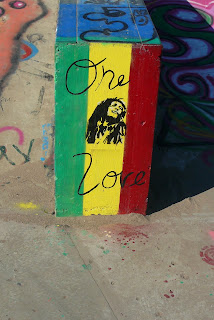 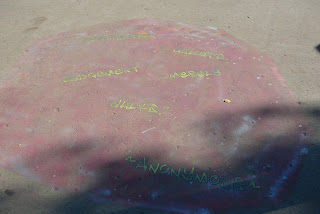 "Imagination gallops, judgement merely walks" - Anonymous
Look, I know that a new paint job doesn't mean that all problems disappear and that suddenly the skate park will become a place where we all gather at twilight to sing "Kumbaya". However, it is a clear message. When we reclaim a place in this way, and put our mark on it, we say "this is ours". We say "this is our community, and this is a part of it". We say "we care". In light of the murders in the park at the beginning of the summer I think this reclamation is particularly timely. We will take a place that has seen darkness and shine a light on it. We will add colour and imagination and spirit. We will take a stand. This kind of reclamation doesn't just give me hope, people - it gives us all hope. This is our community, and it belongs to all of us. We will reclaim it, piece by piece, playground by playground, street by street, and skate park by skate park. 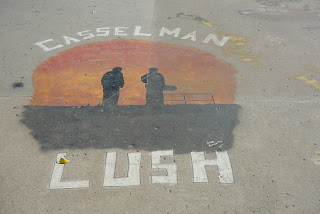