You Know You're From Fort McMurray If You Remember.... 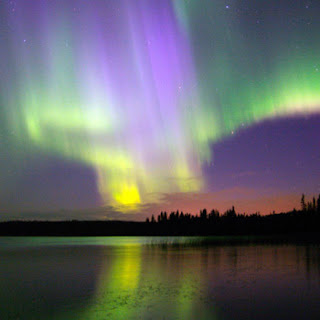 I admit that I am one of those people who uses Facebook a fair bit. I have family and friends flung all over the world, and Facebook is the medium that allows me to keep in touch with them on a far more regular basis than emails or phone calls ever could. I don't play games on Facebook, though, and I belong to very few groups. However, a group sprang up recently that caught my attention in a big way. It seems I'm not alone, either, as in less than a month this group has attracted close to 700 members, and grows daily. The group? It's called "You know you're from Fort McMurray if you remember..." - and people, what a joy ride it is.

The group was started by someone I consider a friend, local chef Ken Bowie (I met Ken when I wrote about him, as this seems to be the way so many of my new friends are entering my life these days). Ken started this Facebook group after seeing a similar one from his home town. That's right, Fort McMurray isn't where Ken grew up, but he considers it home, and this group was his attempt to find out more about the city. This is an effort that has paid off in a tremendous way, and if you're a member of the page I don't need to tell you why. In case you are not one of the 700 like me, though, let me tell you why I think this group is so amazing.

Cities are like a living entity. They change and grow as years go on, and, in some cases, like the town in which my family lived when I was born, they die out and become nothing more than a couple of houses, a highway sign, and a tiny blip on the map. In this way Fort Mac is like every other city on the planet and yet is also entirely unique. It has undergone changes on a massive scale, changes that in other places would take decades and here may take mere months. That's why this Facebook group is so amazing. It has brought together people from all over the world who have called Fort McMurray home at some point - some who grew up here, some who moved here, and some who came here and have never left. Some still reside here, and some moved away long ago. Some saw this city as it was 50 years ago, and I can't even quite imagine the changes they've seen (even in the decade I've been here the changes have been astonishing). Some are relative newcomers, but anxious to learn about this city, it's history, and the people in it.

So many of the stories told on this page are ones I've never heard, people. There are horrific stories, like an axe murder I never knew happened, and some are funny (like typical high school "remember when we did this?" stories). People are coming to this group to remember, to share, and even to find old friends from days long gone. I've seen so many discussions where things like "hey, are you so-and-so's brother?!?" were posted, and the happiness when the answer was "yes". It's seeing a community making connections like mad - and you know I'm all about community, people.

Now, there are moments in the group when people lament all the changes in Fort Mac, too. They talk about how it has become so large, so impersonal, so many strangers where once there were only friends. That's so normal, though, as we always think of these places in the way we remember them and wistfully wish they had not changed - because change may be exciting but it is so hard to accept, too. I look at the city I grew up in and sometimes bemoan the changes there - not because it is so much worse than it was, but only because it is different, and in my mind's eye it is transfixed as it was when I was there at age 17.

In terms of this Facebook group I am pretty new to Fort Mac. I've only been here almost a decade, and my memories don't stretch back to the days when Franklin Avenue was the only paved street in town, and people could still take the train here. I wasn't here when there was only one liquor store, and when the place where my house now stands was forest. I am a Fort Mac newbie, and that's what is also so lovely about this group. Often when I introduce myself and say I have been here ten years people will laugh and say I must practically consider myself a "local" - but this group has shown me that in the length and breadth of time in this city I am quite truly a newcomer.

I have learned so very much about Fort Mac from the little group my friend Ken started - and yet I suspect this group means far more to many others who have long considered Fort Mac to be home. Maybe they are still here, and maybe they have moved on - but regardless they now have this little place on the web where they can go and share memories and stories and talk about how things used to be. That sort of nostalgia is priceless, people, and while I may not be able to contribute much, being so new to the city in comparison, I sit on the sidelines, watching and reading with great happiness. This is what community is, people. It's knowing that you are from Fort McMurray if you remember...
at August 24, 2011