Sometimes the things that land in my email inbox are almost too good to be true, and so it was this week when I got an email offering me some photos.
The sender of the email shared with me that they had been the construction supervisor on the original build of the Grant MacEwan bridge in downtown Fort McMurray, the bridge that become iconic for the soaring trusses. The best part, though, is that my correspondent had photos. From 1964 and 1965.
Old photos he had scanned, photos from 1964 and 1965, almost five decades ago. A very different era in our country, and our community. A time when this place was vastly different, and when the opening of this bridge must have been an incredibly exciting moment.
My correspondent asked me how Fort McMurray has changed, and I don't even quite know how to respond. I wasn't here in 1964 - I wasn't even born yet - but even in my twelve years here I have seen such amazing change. I plan to send my correspondent some recent photos, including photos of the bridge as it now appears.
These photos are from the construction days of the Grant MacEwan bridge, before they painted it green (something I didn't know, I had always assumed it was oxidation that caused the green colour).
I will admit something. I miss the green bridge. It was an iconic piece of our community, rich in history. Anyone who saw it associated it with Fort McMurray, and I still find it being gone a bit hard to accept some days.
I love change, you see, and I appreciate that on occasion it needs to occur - but that doesn't mean I don't miss what was before.
I have met people who are new to our community  and who don't remember the green bridge because they never saw it. I find that a bit sad, too, because they missed something that I think was such a part of who we were for almost 50 years, and so I share these photos from 1964 and 1965, as well as some more recent photos taken by my friend Matt.
This was the Grant MacEwan bridge. I plan to write my correspondent and tell him that on the base of the bridge he helped to build a new one has arisen, not quite as colourful or quite as iconic, but every bit as functional and necessary to the flow of our community.
And I plan to thank him, too, not just for the photos but for contributing to our community with a structure that was part of our lives long after he moved on to his next project.
The Grant MacEwan bridge has been part of life in Fort McMurray for twelve years, but I never called it that. It has always been the green bridge in my mind, even now. At the end of this post I share two videos of the demolition of the green structure.
The green bridge might be gone now - but the memories will always be there for me, and for those who remember the green bridge in Fort McMurray.
﻿
1964-1965 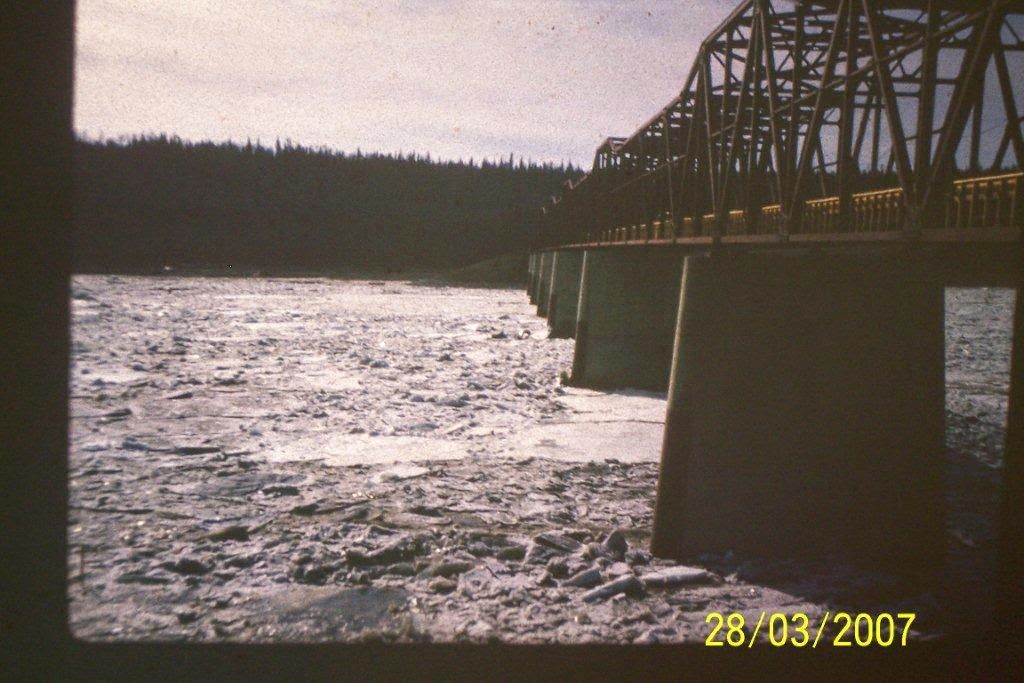 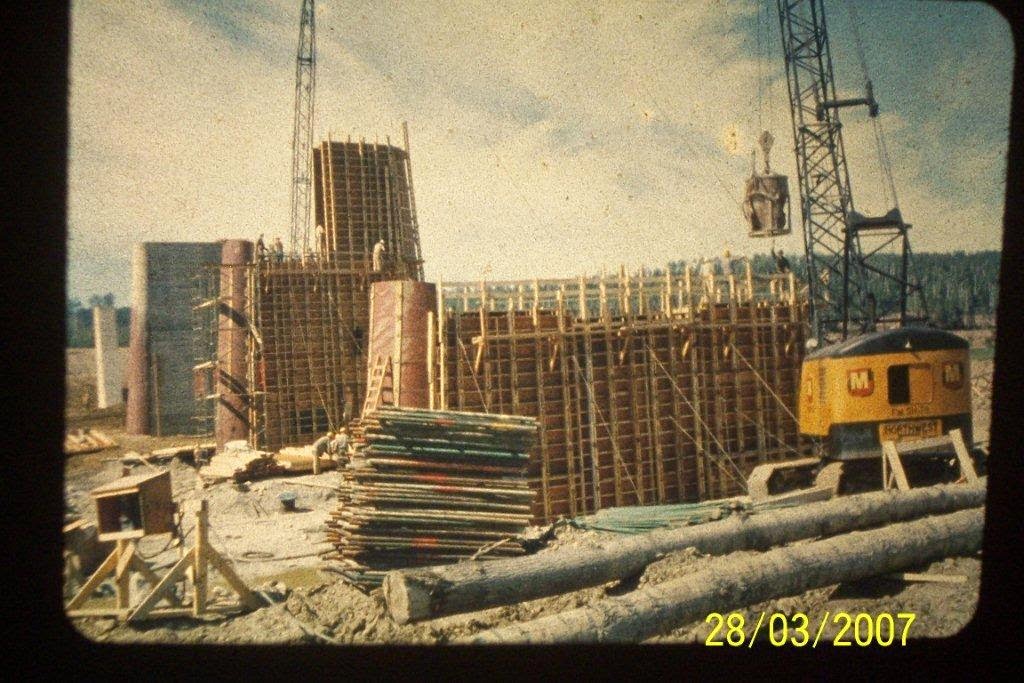 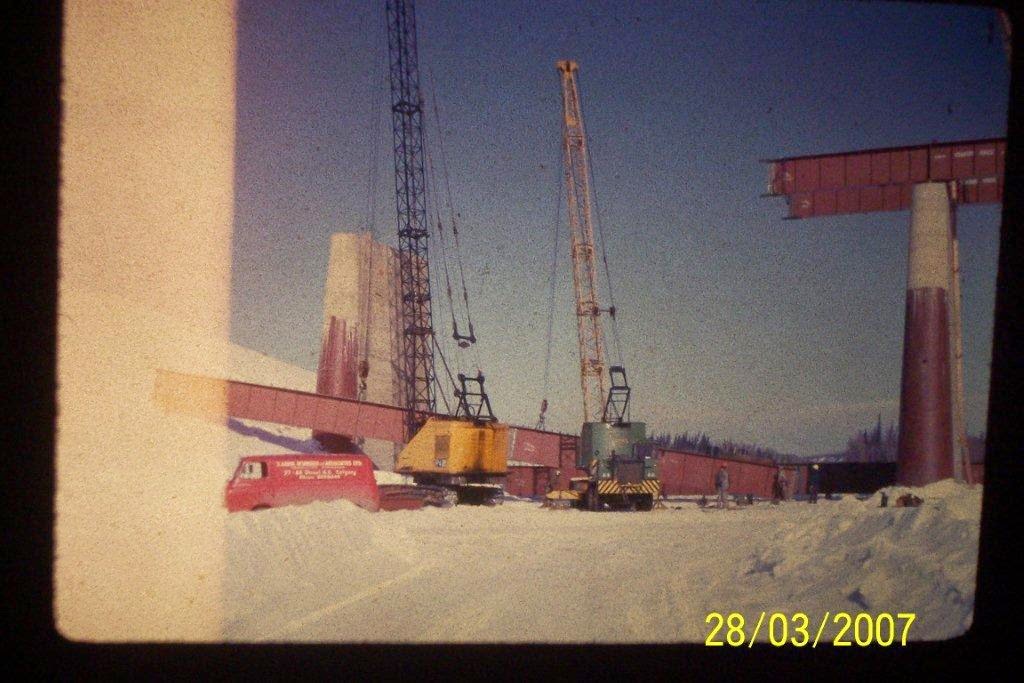 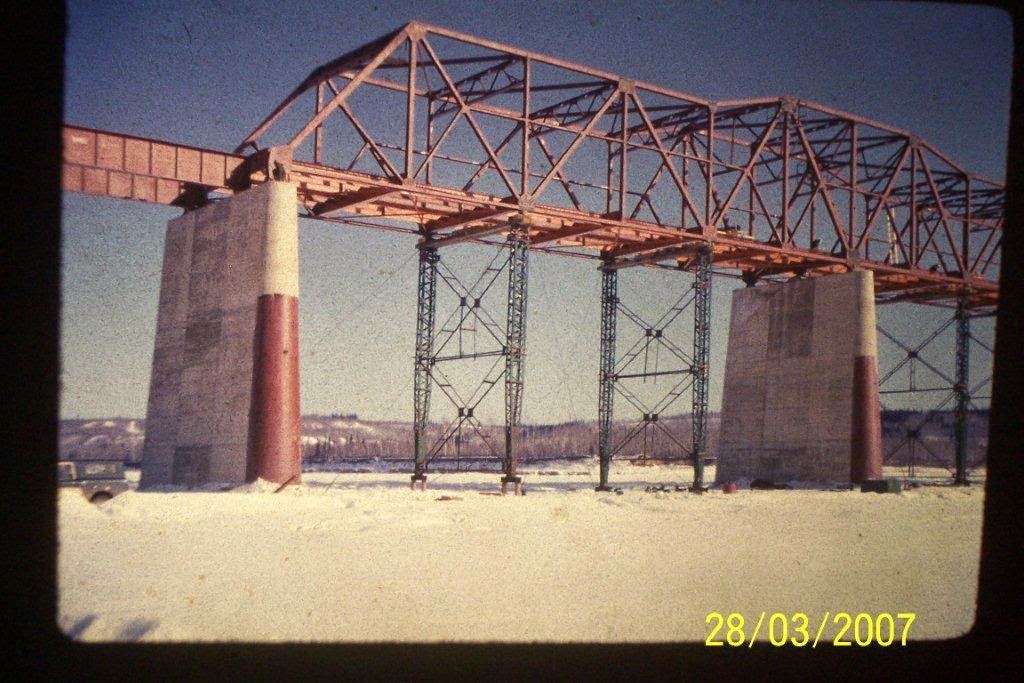 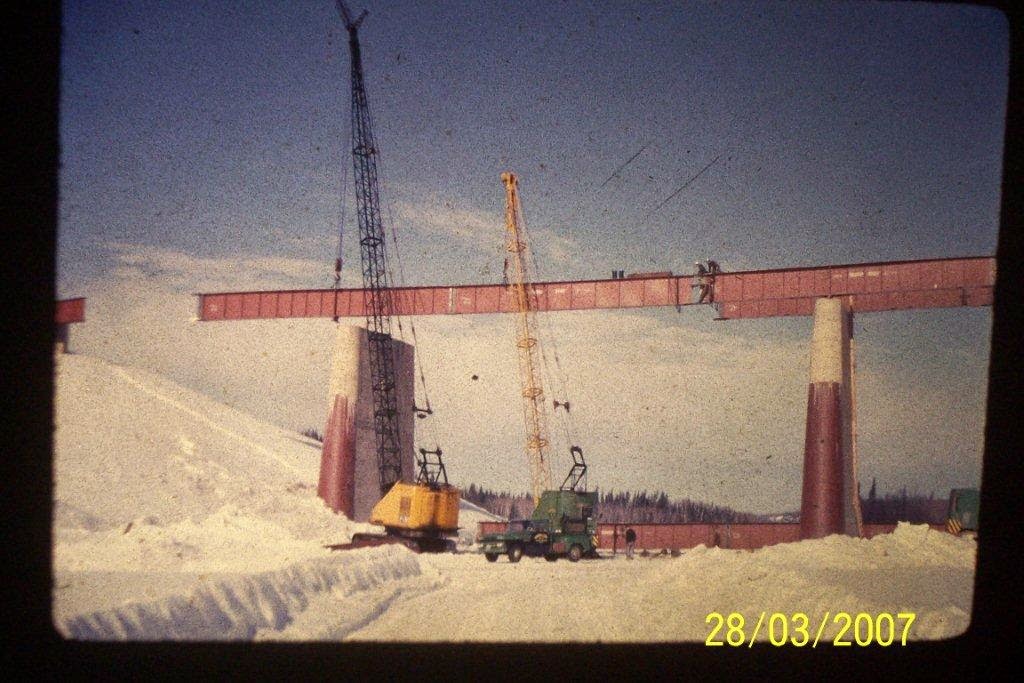 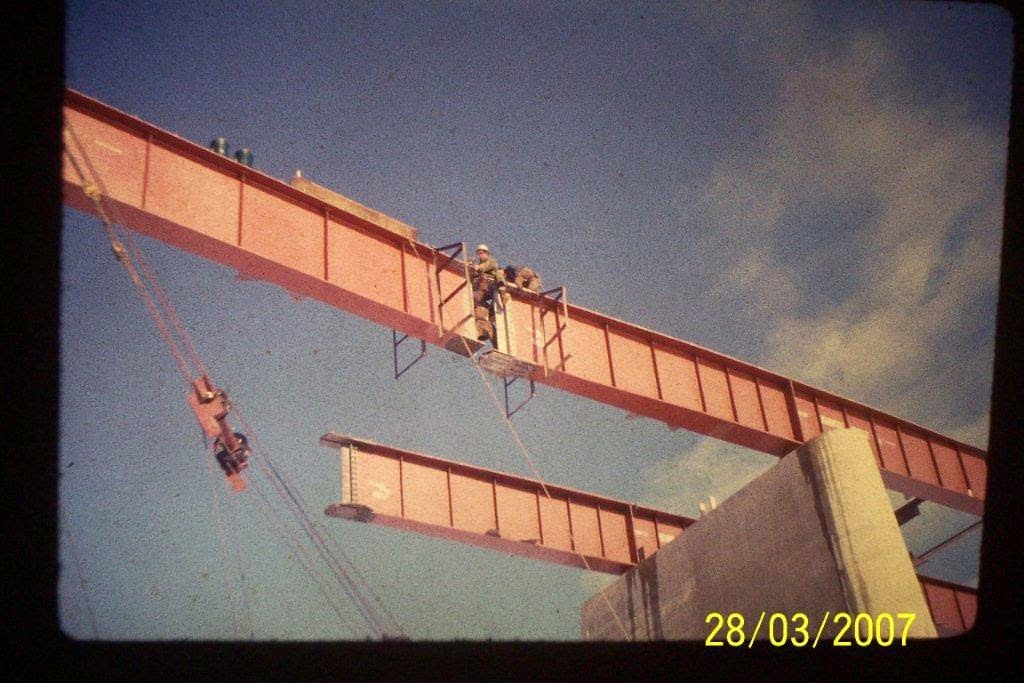 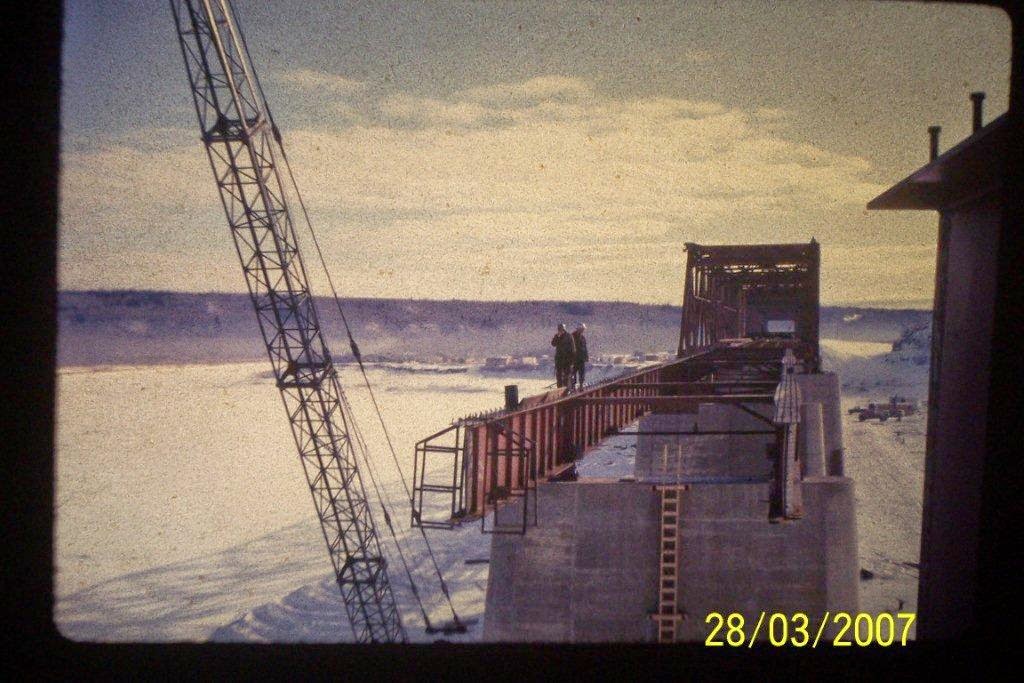 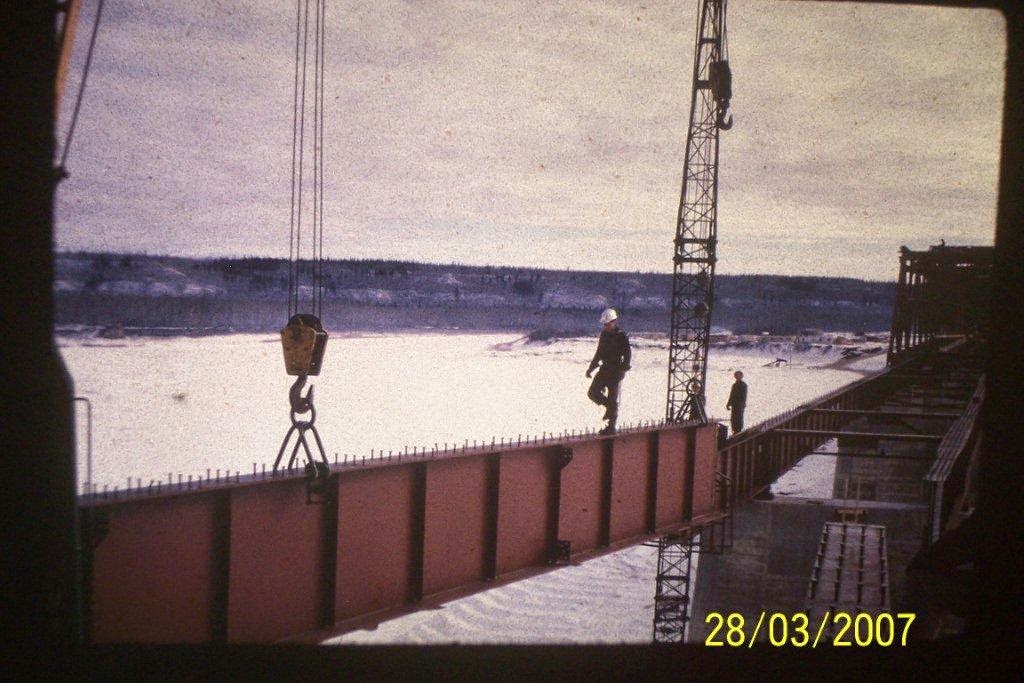 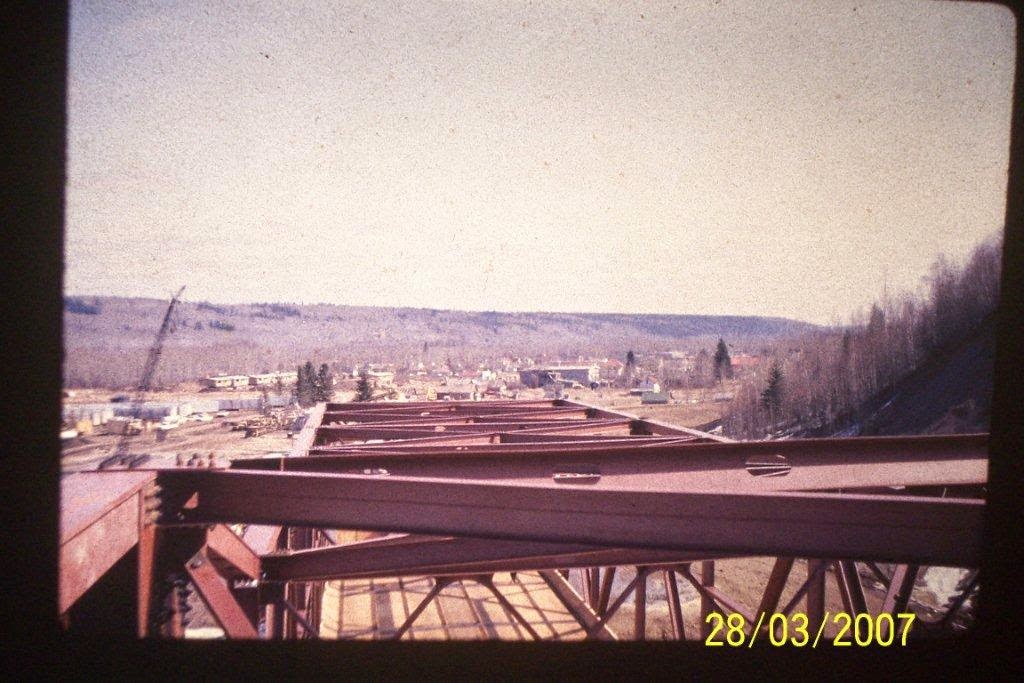 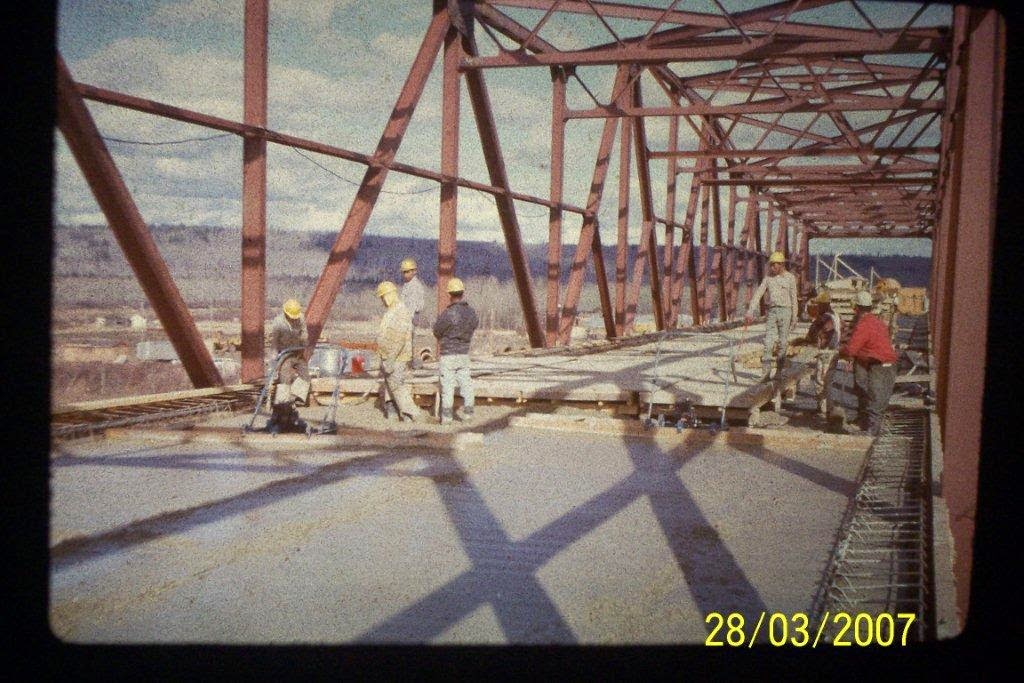 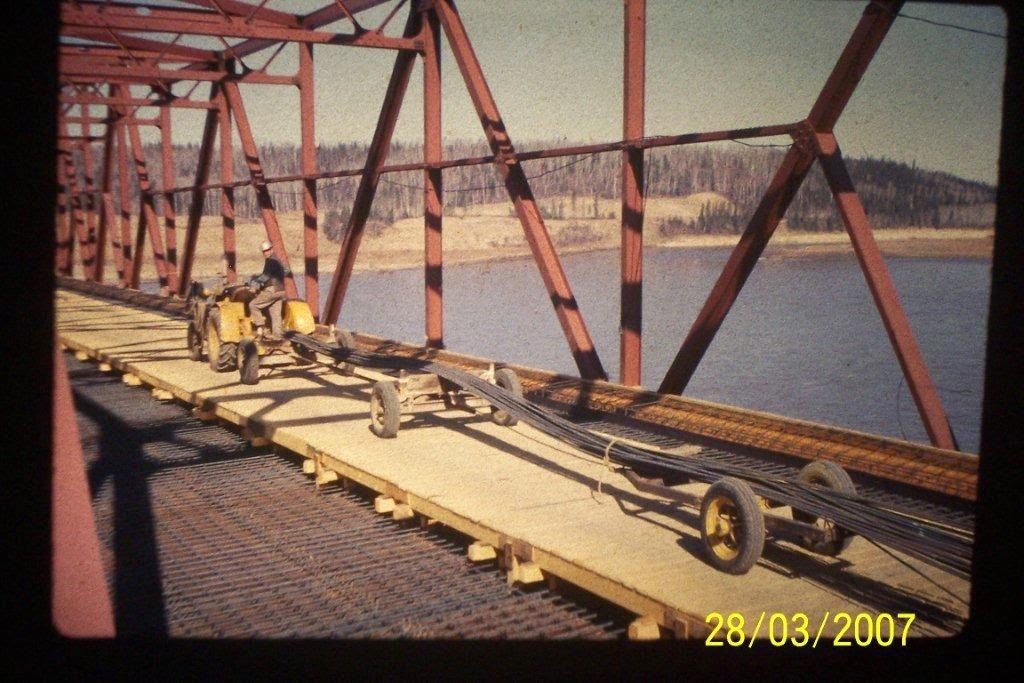 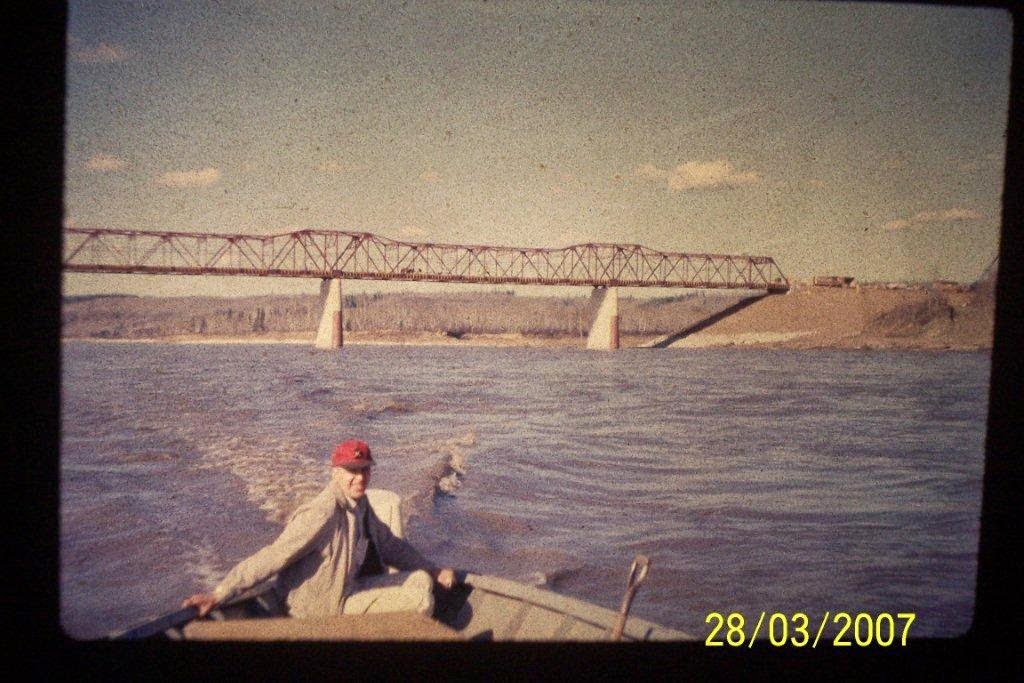 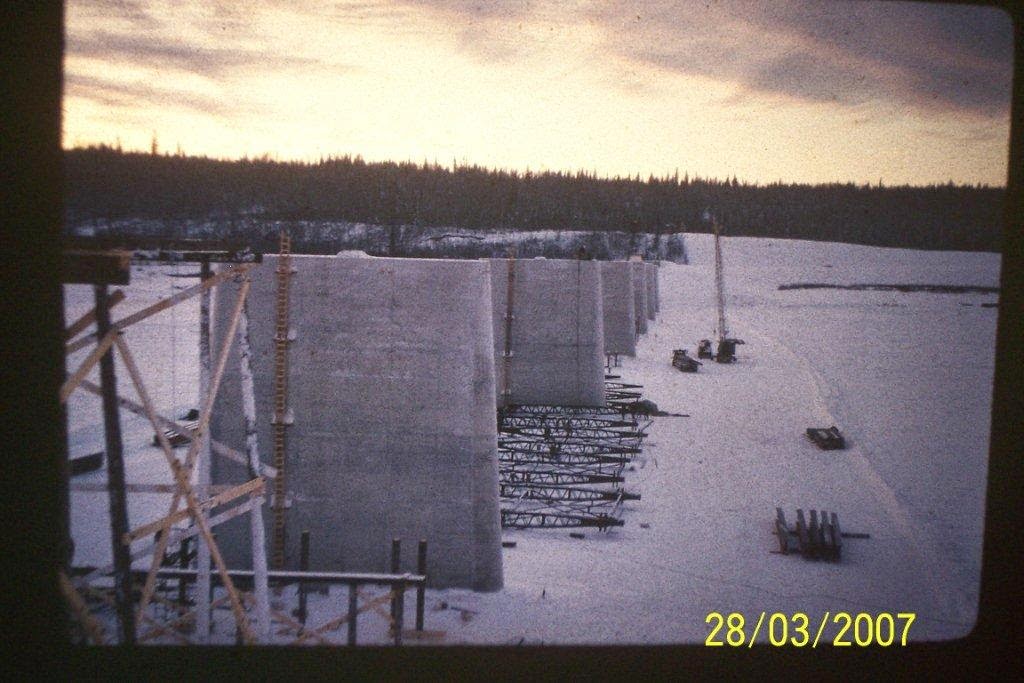 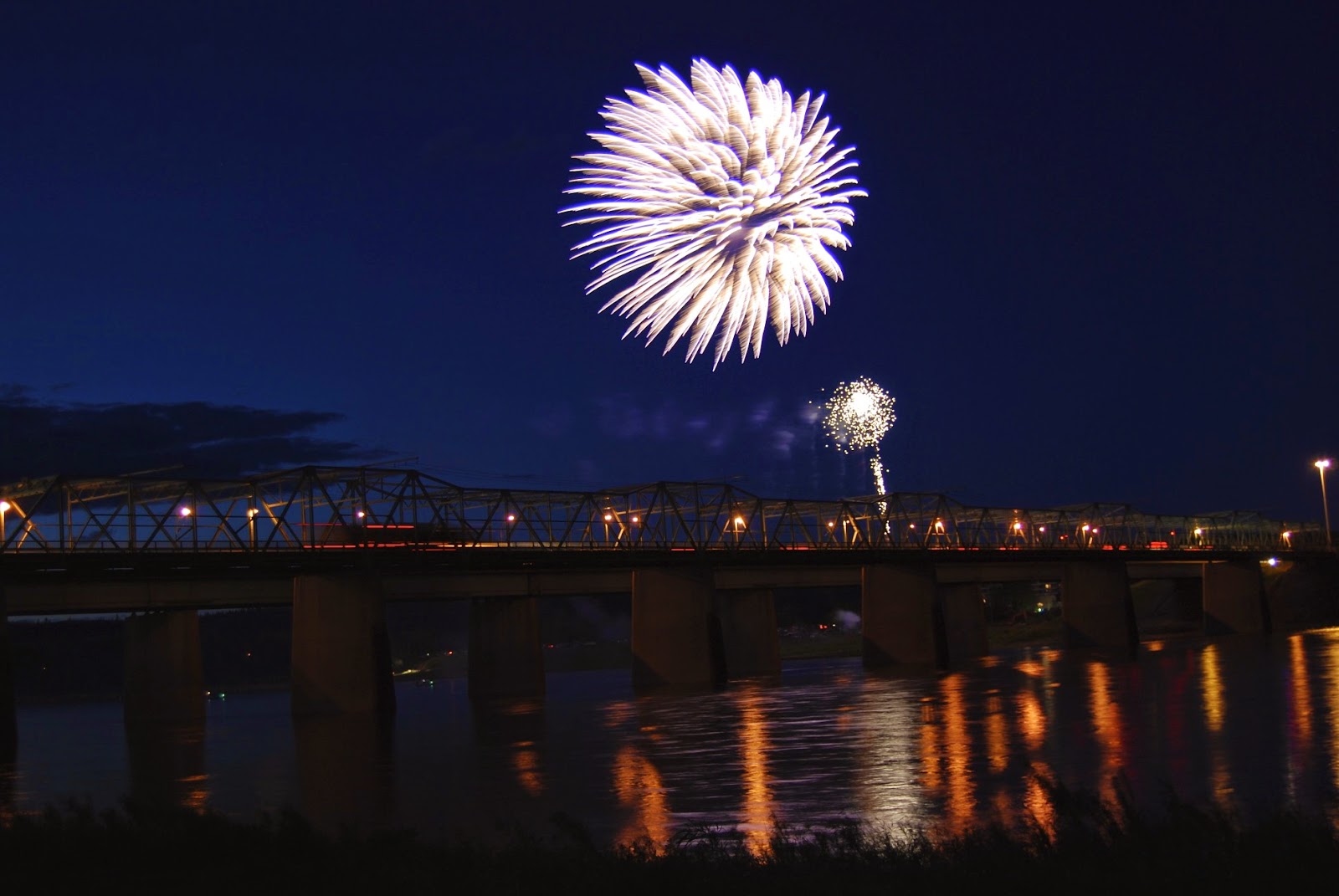 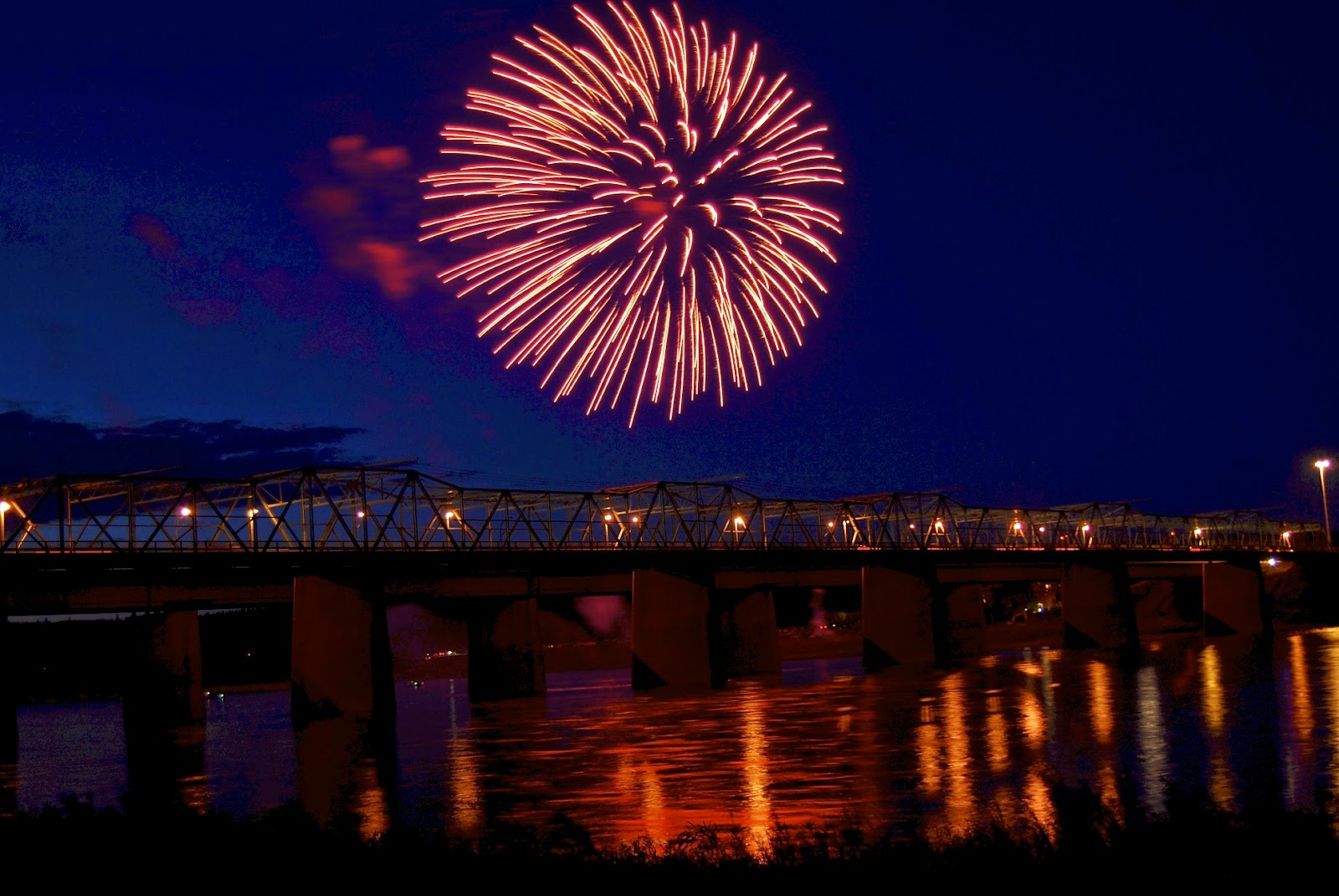 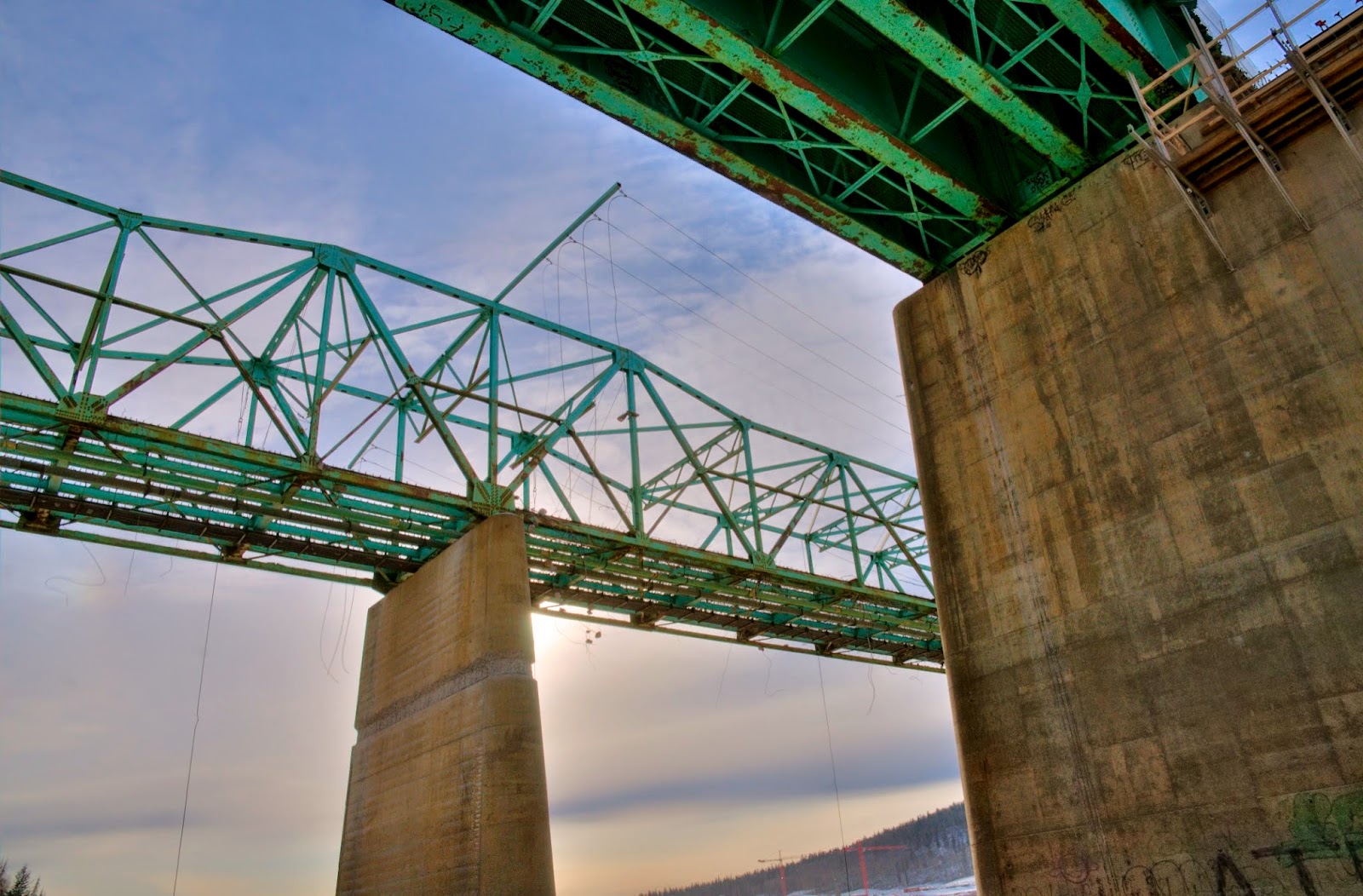 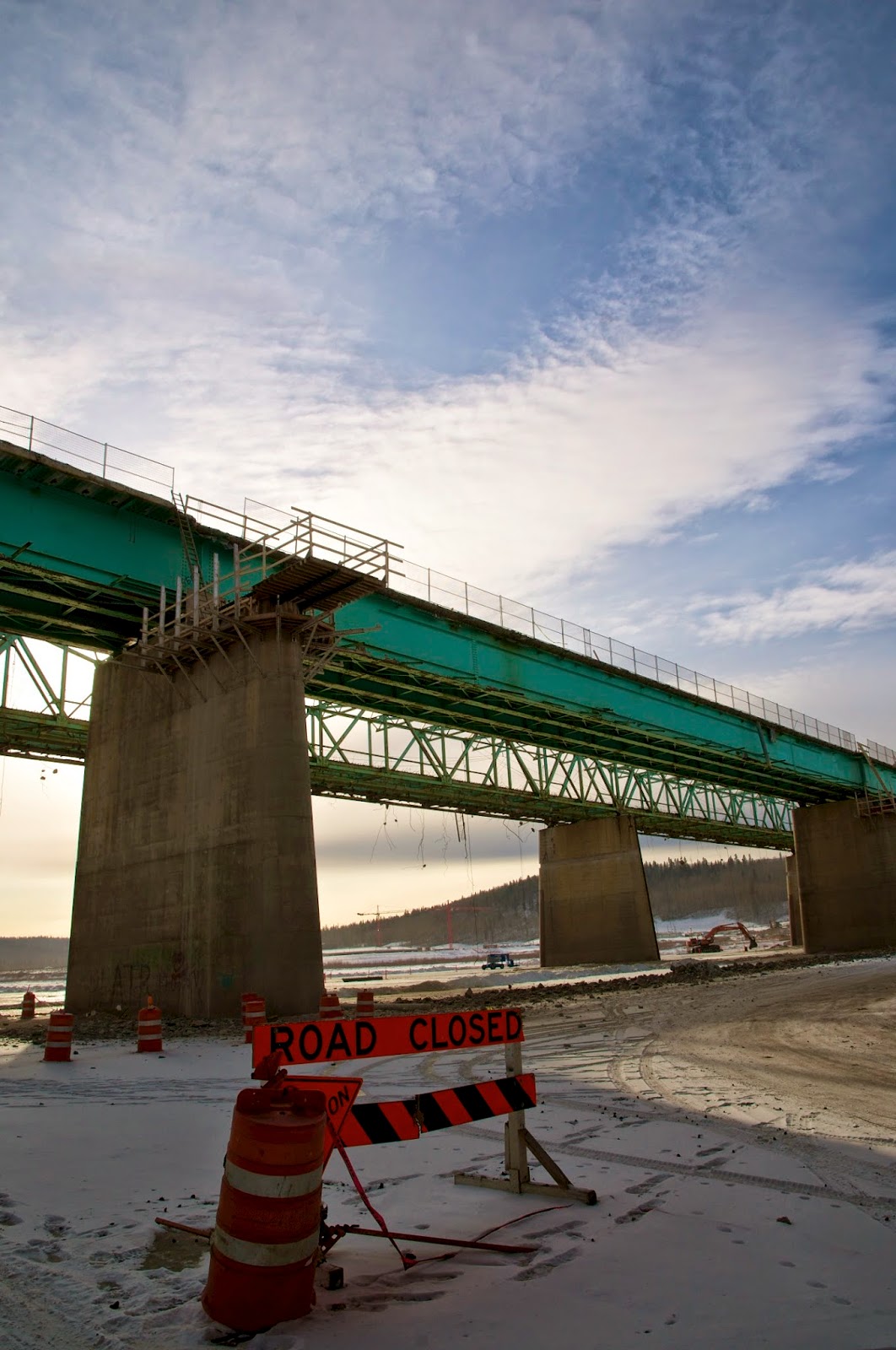