Never Say Never (Or Why Sustainability is More Than a Buzzword) 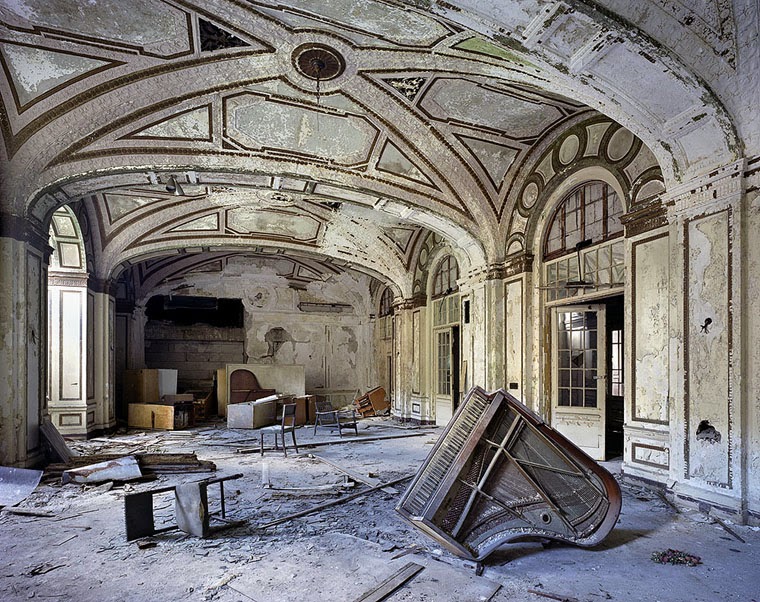 The pictures are haunting. 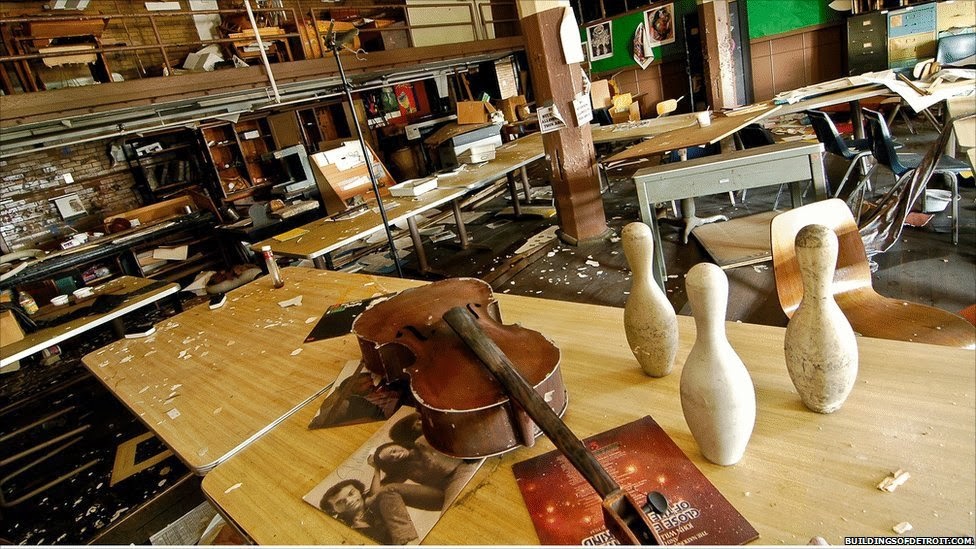 Theatres and schools, libraries and offices, derelict and empty, the structures decaying as they slowly and gradually revert from the unnatural state humans create to the natural world. 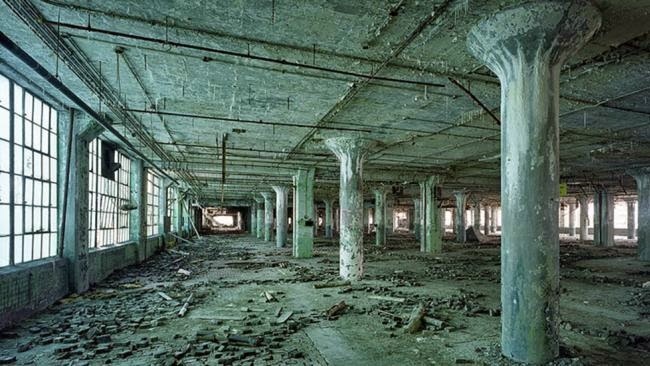 One would expect such photos of places like Chernobyl perhaps, or the Love Canal, places of environmental disaster that forced residents to flee. But these photos are from Detroit, and a different kind of disaster. 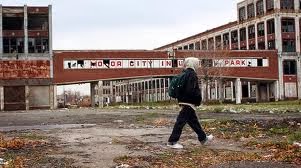 Detroit was Motor City, a place that was bustling and vibrant when the automotive industry was riding high, but as the economy began to falter so too did Detroit, and over time the bustling vibrancy began to be replaced with grim vacancies and empty buildings, abandoned as the people who populated them in better times fled for brighter futures. 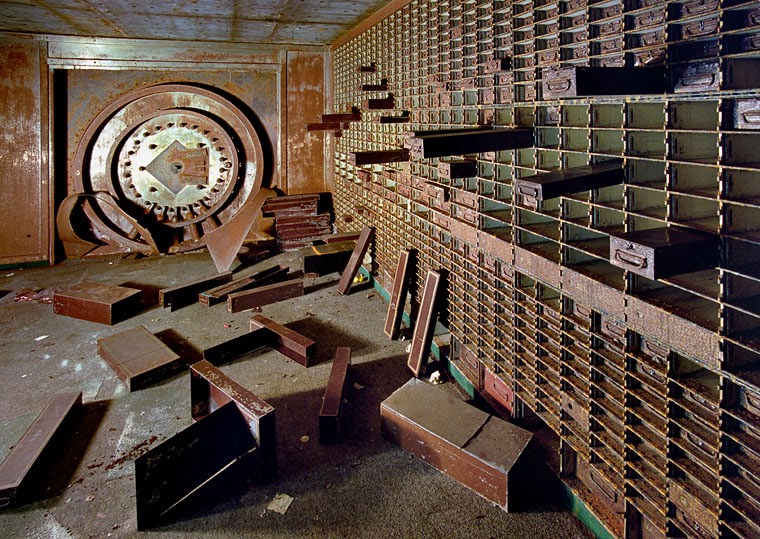 These photos don't show broken furniture and empty buildings. These are photos of broken dreams and hopes, of bright aspirations plunged into darkness - and it is, I think, a cautionary tale. 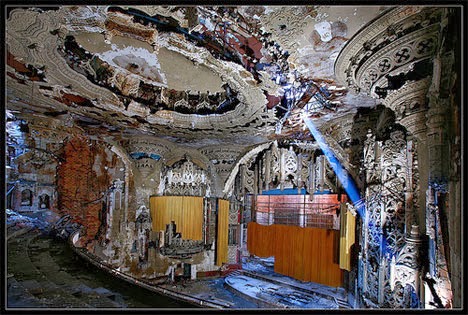 In this region we have the incredible good fortune to have an industry that is booming. The future looks bright indeed as oil continues to be in demand and we grow to meet that demand. We toss around the word "sustainable", perhaps almost too casually, as if it does not matter and there is no end in sight. Many of us know it matters and is important but if asked how we are to achieve it we cannot define the road map to sustainability in our community and region - and that is a problem, because I am one of those people who believes you should never say never. 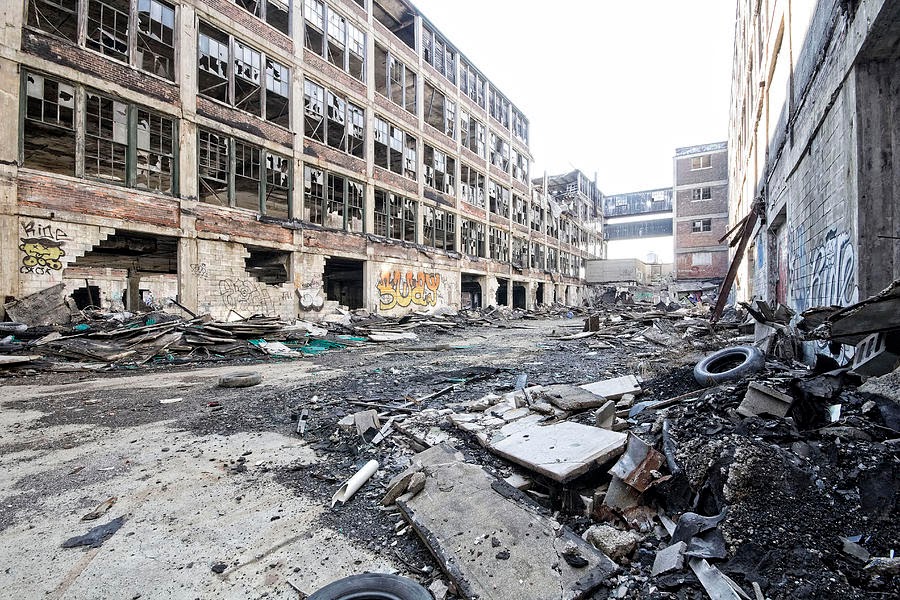 I suspect those in Detroit who built these fine structures would have never believed they could be abandoned and fall into decay. I look at them and see instead of their theatre stage ours at Keyano Theatre, once filled with music and laughter and instead sitting vacant and empty and decaying. I see the halls of the buildings at MacDonald Island, devoid of people and activity and galas and soccer games. I see our shopping mall with shattered windows and broken tiles. I see our schools, once filled with bright minds, filled instead with empty desks and dark reminders of the past. I see what could happen in our region if we only talk about sustainability instead of creating it. I see shattered windows, broken dreams and a dark end to the glory days when oil was king and we were riding high. 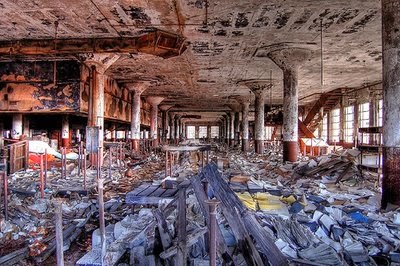 It frightens me to be honest, because we have small examples here in Canada in places like Uranium City. We know what can happen when you are so dependent on one resource or industry, and what follows if it falters or fails entirely. We have put a good deal of faith in our industry, and justifiably so I think, but we cannot assume this one industry will sustain this community forever. We need to begin to think seriously about diversification, about ways to sustain our community and our region that do not rely solely on oil production. We need to explore the options, and while it seems we have plenty of time and the oil will never run out or the demand will never falter we must reject that false security and consider instead a darker possibility, because one must always be cognizant that the world can change on a dime and suddenly your sunny days become dark nights instead. 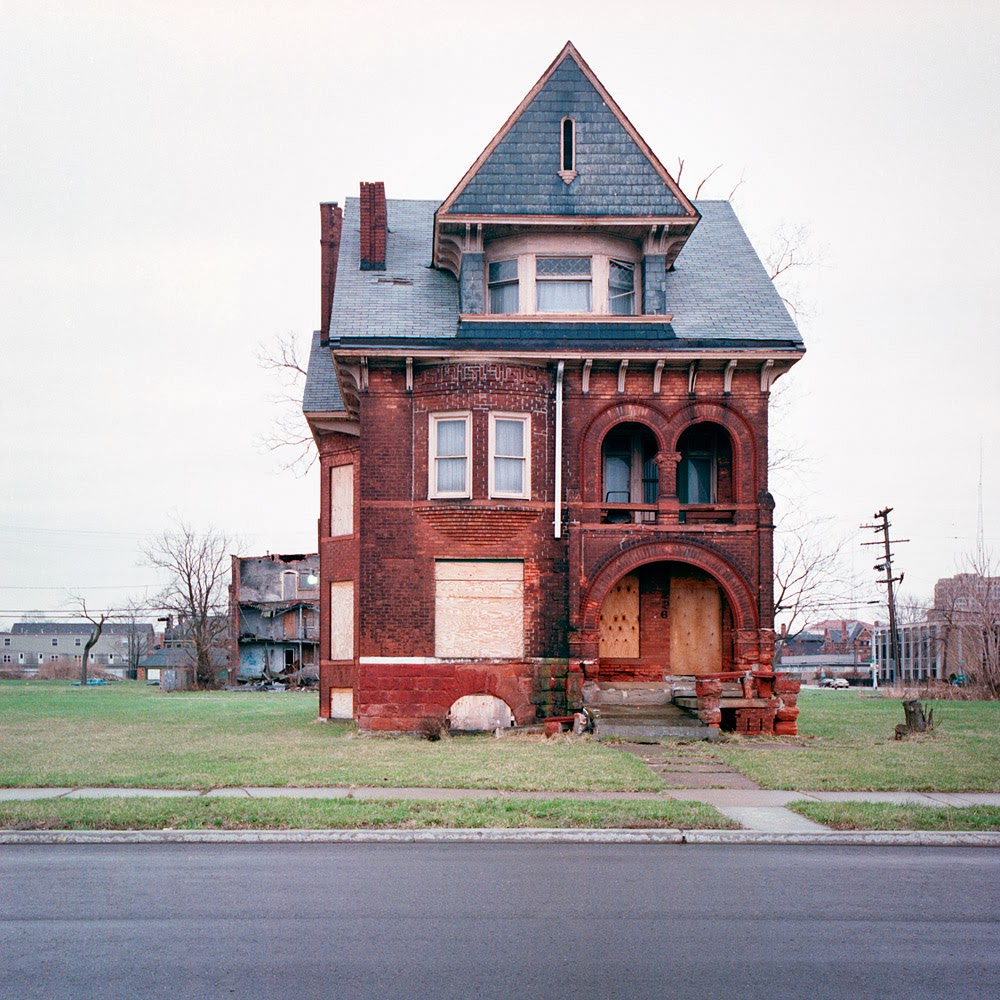 I don't know how anyone can look at these photos and not find them heart breaking. I find I cannot look at them for too long, because they begin to hurt my heart and head as I think of all those who once filled these buildings, and how their disappearance signals the demise of a community. These photos are not ones we should look at with some voyeuristic bent, but rather as a glimpse of what could happen if we chose to pretend that these things could never happen to us.

The following photos of a high school in Detroit blend photos of the derelict and abandoned building with photos from days gone by when the school was filled with life. I look at them and find them chilling almost beyond words. All I know is this: sustainability is not a buzzword or a concept or an idea or an ideal. It is in the end what will make the difference between us and these photos. When I began working on this blog post I considered asking a graphic artist to use some photos of our buildings and homes, the places where we live, work and play, and revision them in a post-economic or industrial collapse world - but I found I could not do it, because it was too painful to even contemplate seeing them that way. Today, though, I find those visions parading through my head regardless, because I am one of those people who believes you should never, ever say never. 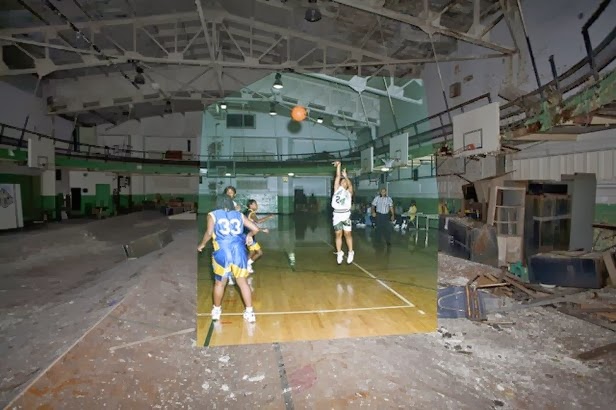 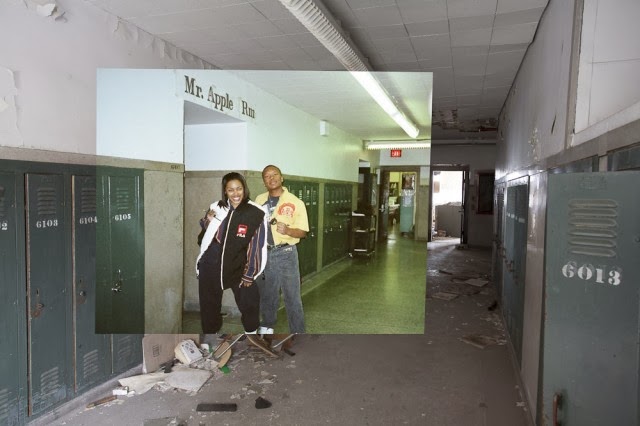 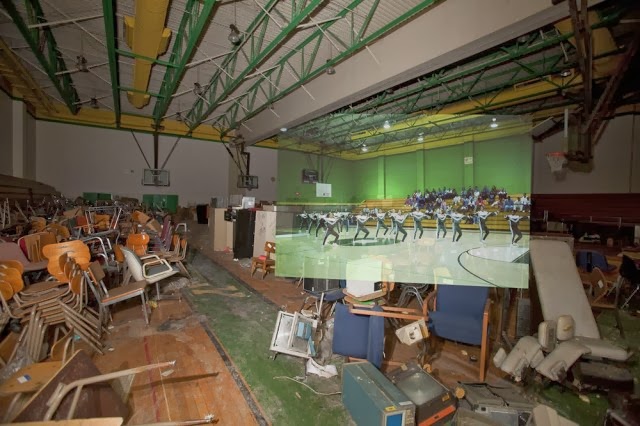 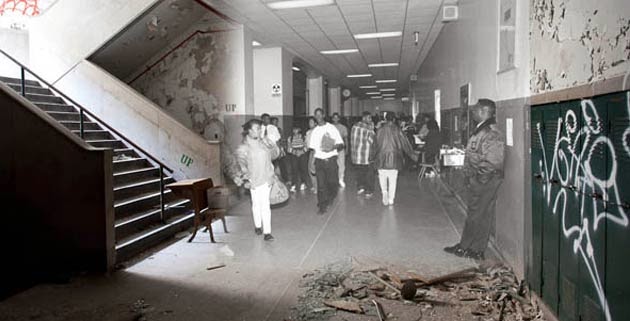 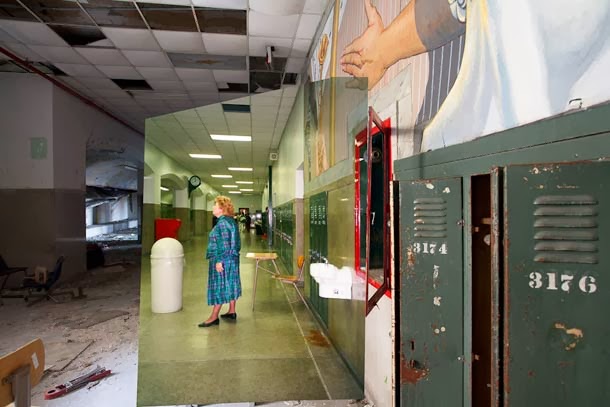 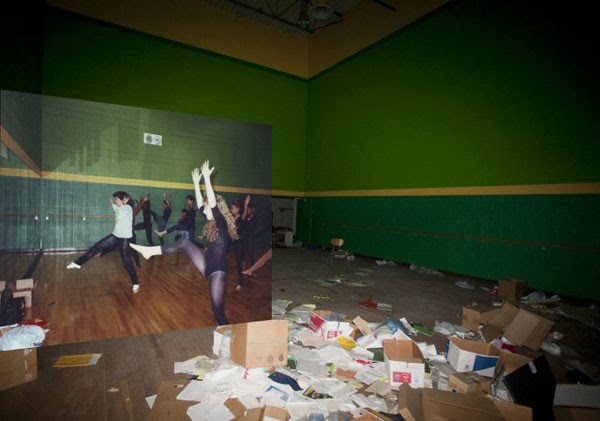 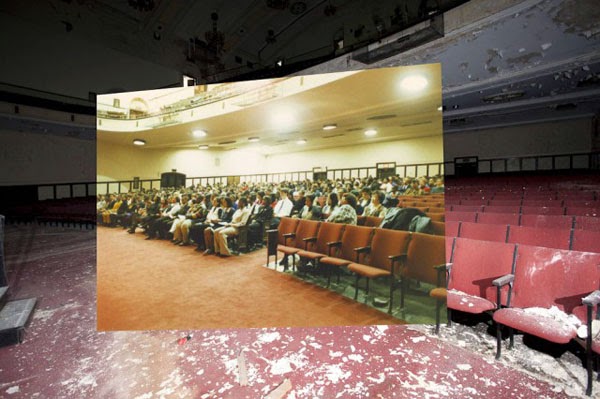 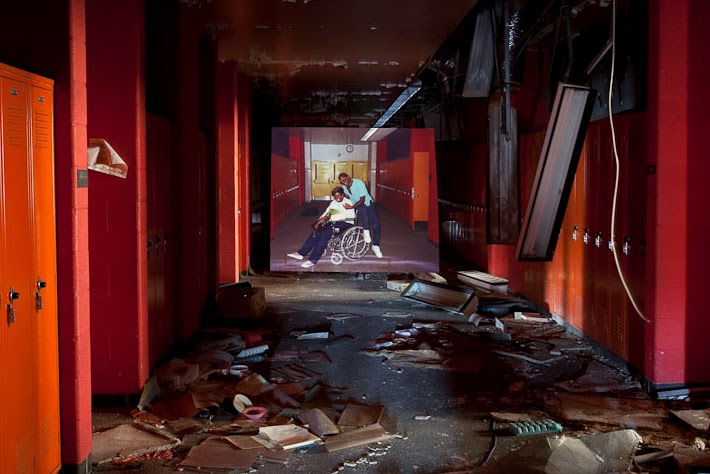 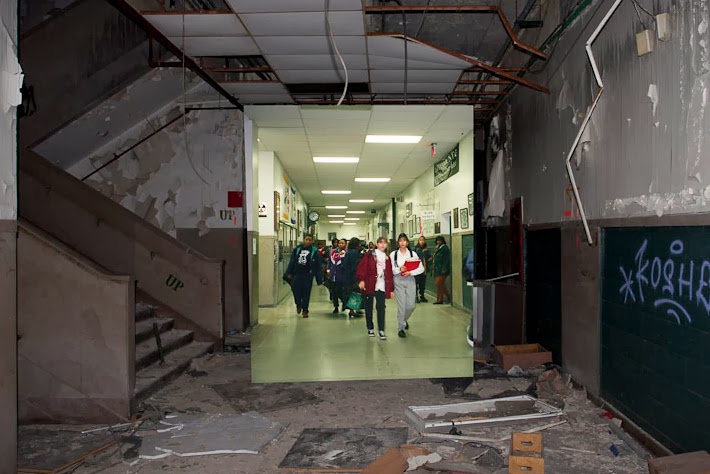 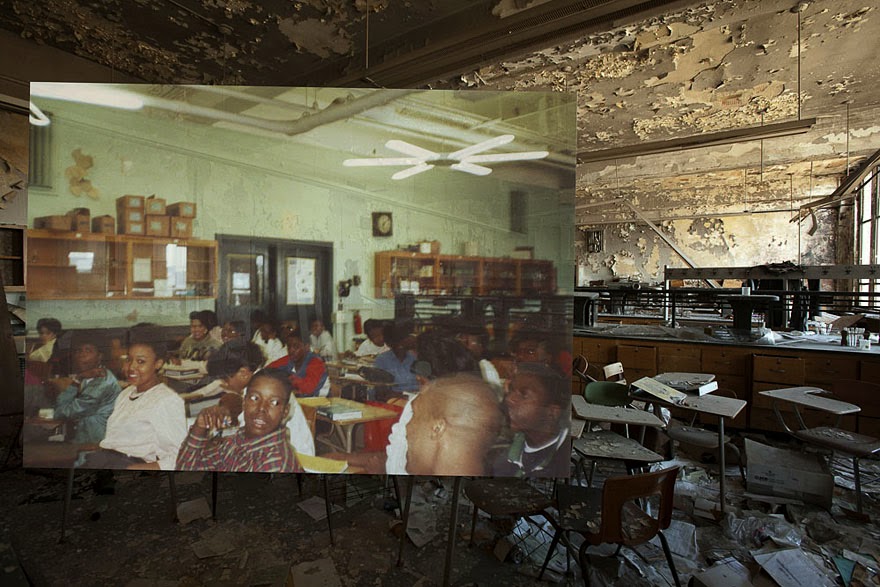 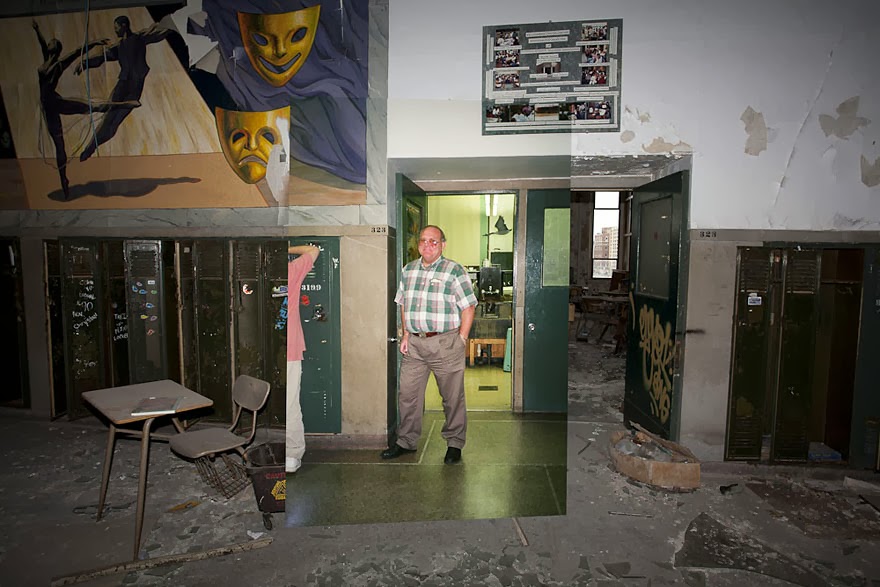 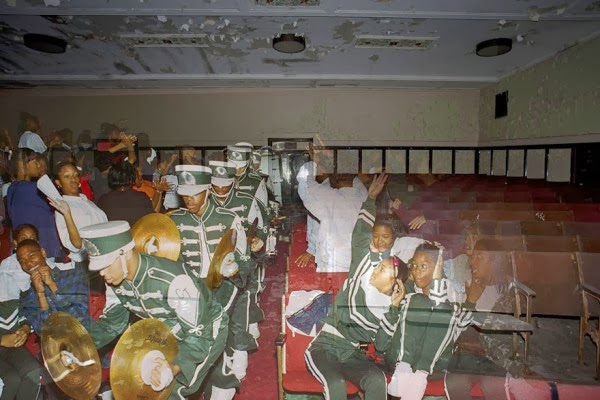 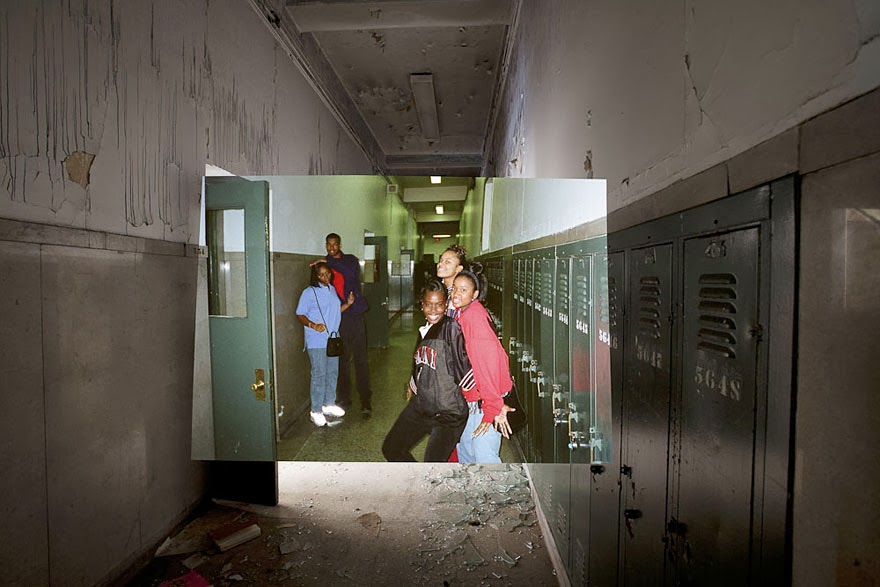