Commercial Trouble on the 881 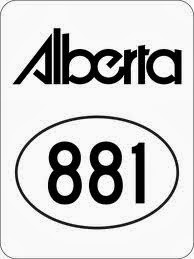 I have often written in this blog about safety on the highways leading into our community, particularly Highway 63. In recent months, though, I have become increasingly concerned about another highway that runs through our region, and that has seen a heavy increase in traffic as we have grown in both population and industry.

I have driven on Highway 881 a number of times in my twelve years here, but far more often than usual in the last year as I found myself headed to Conklin for work purposes. The increased traffic on this narrow little highway is of genuine concern, particularly now that it has become a popular alternate route for commercial traffic especially as we have seen an increase in industry in that corridor. And that is why this story is deeply, deeply troubling:


Intoxicated truckers, lead-footed drivers busted on Highway 881
What in the name of holy hell is going on here, people? Of 200 private and commercial vehicles inspected a whopping 85 percent of the commercial vehicles were deficient and pulled off the road? 85 percent! That's an absurdly high number, and one which should cause grave concern for everyone in the commercial fleet business as well as the rest of us who travel the local highways. But it only gets worse:
Police nabbed a 23-year old man driving at 164 kilometres per hour in a 100 zone.
﻿
On Saturday, Mounties organized several checkstops. The enforcement resulted in two drivers being issued 72 hour suspensions for alcohol levels above the legal limit. Police also issued a 17 year old male driver a 24 hour suspension for using marihuana prior to operating a motor vehicle.

On the same evening, a 61-year old man was caught red-handed with open liquor in the cab of a semi truck. Upon closer inspection, police realized that the man was not licenced to drive the semi and that that both the truck and the trailer were unregistered.
(Please see: http://www.mix1037fm.com/news/1392-intoxicated-truckers-lead-footed-drivers-busted-on-highway-881)

Look, if you aren't alarmed you should be. These individuals are driving commercial vehicles often capable of causing massive damage in accidents, including fatalities. We are sharing the roadways with intoxicated drivers, speeders, those who are not even licenced to drive the category of vehicle they are found operating and vehicles that are deficient in some regard.

This is a black eye for everyone involved in commercial driving, too. I know professional drivers, and they take their business seriously because their lives and the lives of those around them depend on their professionalism.

So, my question is this: what are the companies who employ these drivers doing about this situation? It would appear we have a serious issue here and one that needs to be addressed immediately. While law enforcement has a role to play I think it is up to those who employ drivers who are failing to act in a professional manner to ensure that this behaviour is not tolerated. I would also suggest that industry must play a role here too and ensure that the commercial fleet services they are using to transport their goods have clean records, including records noting that the vehicles themselves are in good condition. And maybe, just maybe, the time for fines is over and we start looking at jail time for individuals like this one:

As part of this checkstop Police had interactions with a 61 year old male who had open liquor in the cab of a semi truck.   The male was subsequently taken into Police custody and provided a sample of his breath that resulted in a 72 hour suspension.  Further Police checks then showed that the male did not have a proper class of licence to operate the semi truck and had no air brake endorsement.  Both the semi-truck and the trailer were both un-registered as well.  The driver was issued eight violation tickets for various offences.

Violation tickets? 72-hour suspension? Do the words "tap on the hand" mean anything to anyone? If we cannot give our law enforcement and courts the power to take these matters seriously and mete out appropriate punishment then perhaps it is time to revisit the penalties for taking the safety and well-being of others so lightly and treating it with such disdain and disregard.

I travel on Highway 881, and I am anticipating doing so more often in the future. So do my friends and family, and it is very likely that you may do so, too. I suspect I won't be the only one viewing commercial vehicles with some degree of suspicion after this. This is a wake up call for all of us, including the commercial fleet industry. The only question that remains, then, is what they plan to do about it, because our lives are depending on them.
﻿
at March 24, 2014