Today on International Women's Day I pause to reflect on the women who have inspired me. There have been a lot, but there have been a few in particular who have shaped who I am today, and I thought I would honour them here in this blog.

I think the reason I am a writer is because of my high school English teacher, Mrs. Van den Beuken. Just as her name sounds she was tough as nails, this one, with a steely attitude and glare and an intolerance for foolishness, bad writing and student behaviour in general. And yet when she found someone who loved language and reading she managed to foster that interest. She saw in me, I think, a potential writer, even back then. Far from being soft with me, though, she pushed me even harder than the other students, challenging me to do better and faster and more. At times I felt it was never good enough, essays coming back scrawled with notes to use more examples or stronger language or "this would never cut it in university". I always quietly adored her though, a woman as large as her name with steel-gray hair cropped close to her skull, and I suppose I knew even then that she was hard on me because she believed in me. As I write this now I wonder where she is, all these years later, and consider that perhaps the time has come to track her down and tell her that I am a professional writer because of her influence. She is the reason that I have this career - and her influence helped me to find my heart, even if it took a few decades to do so.

I have four older sisters, a fact I think I have mentioned in this blog on occasion. There is a significant age gap, too, with my eldest sister fifteen years older than I and the one closest in age ten years older. Sometimes as a kid it seemed like I had five mothers instead of one, and on occasion that was more annoying than joyful - but as I grew older I began to appreciate each of my sisters as individuals, and as strong and independent women. My father didn't intend to raise any fools, so get five us in a room together and we are formidable enough to make grown men run (and weep). We have, over the years, witnessed the loss of both of our parents and various other woes and trials just as all families do, but we have stuck together through it all. They may not always know it but they have been and continue to be a major influence in my life. When I went to them a year ago with the news of some major changes in my life I was comforted to find four women who offered their support and encouragement as I began to change my life in significant ways. I am proud of each of them, and I want them to be proud of me, their little sister.

Speaking of my parents I suppose the woman who has had the greatest influence in my life was my mother. When she died unexpectedly four years ago it sent me into a tailspin of grief that eventually led to a personal journey of self-discovery that changed my entire life, leading me to this blog as well as an entirely new way of living. Only someone with profound influence on your life could have such impact, and so my mother did. She was the embodiment of love and acceptance, someone who understood the concept of community without ever likely thinking about it or even saying the word. To her community was just what you did, not something you built, created or discussed. If you had a new baby she was the neighbour who showed up with meals for your family to make life easier. If you were ill she was the one who delivered chicken noodle soup. If you were in need she was there, this woman who spent her life volunteering with groups like the Catholic Women's League and other organizations. When my mother died she was living in an aging in place facility, and even though she had been there just over a year had become such a solid part of their community that her friends came to me weeping over her loss, feeling so keenly that they too had lost a great part of their lives. If I know anything about community, and if I have any heart for it and the people in it, it is because of my mother, who understood community instinctively and completely.

And there is a woman who influences me daily, and one who is the reason I do the things I do. Not long ago she was a child, but somehow as the years have run away with me she has become this young woman who acts in musicals and talks about a career in engineering and is now in the midst of planning her AP courses at high school. It is of course the Intrepid Junior Blogger, who is the centre of my heart and home, and the young woman for whom I would do anything, including whatever it takes to make her home a better place. I see my mother in her some days, her huge heart and her ability to love, and yet her grandfather is there too in her intolerance for fools. She is, in fact, an amalgam of them and me and her father and so much more, her own person in every right with a strong interest in science and politics and a wisdom far beyond her 14 years. She has been the reason for everything I do for the last 14 years, and as we head into her final years before she leaves home I sit in awe and wonder at the woman she is becoming. There are few things I feel genuine pride about, but she is one of them, because she is my gift to the world, and I believe it is the best gift I could ever possibly give.

There are people in our lives who influence us in ways we cannot always truly express. To say these women influenced me (and continue to do so) diminishes their role in my life. They are the reason I have a career, a passion and a life. They are the ones who helped me become who I am, and who are now allowing me to help my daughter discover who she is. They are the threads that tie me back to the women who influenced them along the way, and who helped them become who they are. Today I celebrate and honour them, and in some cases, like my mom, just miss them desperately as I always do. Today I remember them, and thank them for what they brought to my life - and  I hope that in some very small way over the course of mine I am able to bring just a fraction of what they gave to me to someone else. If I can achieve that then I will consider my life, and their investment in me, a success. 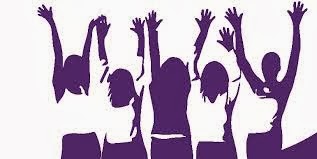