A Brand New Shoe Store is Opening! Or Not, and Here is Why.

I can actually visualize it in my head. Not a large space, but not small, either. Just large enough for some comfortable couches, some display areas on the wall, some low tables scattered around with displays on them. Energetic music, but played softly. A latte machine in the corner, offering coffee free for the taking for the customers stopping in to browse or to check out the latest shipment.

I can see myself when the latest shipments arrive, opening the boxes and finding the smaller boxes inside, and, nestled inside those boxes in tissue paper, pairs of the latest styles from some of the higher end manufacturers. I know the names of every line I would carry, and I have a strong sense of what would work in this market and what would not. I have an idea of pricing points, and I have an even stronger idea of what kind of customer service and experience it would take to make it work. But I don't know that I will ever achieve this vision in my head, because while I love the idea, and while I have even gone so far as working the numbers, starting an independent shoe store in Fort McMurray is a cost-prohibitive idea.

I have been thinking about this a great deal recently. I am a shopper, and of that there is no doubt, as those who deliver parcels to my house can confirm. Parcels, you see, because much of my shopping happens online when I cannot find what I want or like within our own community. I shop local as much as I can, but I am often thwarted by lack of choice or lack of options, and resort to online retailers who can ship shoes and dresses and specialty coffee beans to me.

The lack of commercial space and the prohibitive cost of what space exists is deadly to potential entrepreneurs like myself. In any other community I probably would have started a small business by now, but here I look at the finances and shake my head, because starting a small business is risky enough without the additional costs of sky-high commercial space rental rates. I would love to start that small shoe store (I even have a name in mind) but I don't know that it will ever happen, despite my love of the industry, my knowledge of the subject and my desire to do it. And it's all because of lack of commercial space options.

I know many people who operate small businesses from home, but that doesn't work for every entrepreneur, and to be honest while that is a strategy it isn't a solution. Home-based businesses don't do anything to liven up our retail core. I think they are wonderful, but I think most would be even better if they could have their own retail space in malls and on streets where they could not only exist but flourish with the accompanying foot traffic and casual browser. That spontaneous traffic just doesn't happen for home businesses, and so they miss out on some of the opportunity that having retail space would bring.

I also know many people like me, thwarted entrepreneurs who wish they could start the small business they envision, but who are deterred by the high cost of retail space. The other factors are ones they can contend with and costs and risks they can accept - but it is the cost of retail space that worries them, scares them, and eventually causes them to shelve their business idea, another independent niche business that could enrich our community becoming an idea gathering dust on a shelf.

The reason for all this, of course, is the lack of available property. We are in a retail space crunch, with the demand for space high enough to drive up prices to the range where it is prohibitive for small independent retailers. Even some chain stores fold under the pressure, deciding to let their businesses go when their leases end because the cost of doing business here is just too high.

I know the goal is to have more space available when the city centre redevelopment has finished, but by then many potential entrepreneurs, like myself, may have moved on in our lives and decided to not pursue those business ideas. Many may not have the luxury or ability to wait for a few years, needing that space as soon as possible to see their ideas, and businesses, move from vision to reality. And some may just move to other communities, where they can find a little spot to set up business.

It takes some fortitude and courage to start a small business here, because the costs are high and the risks are many, just as in any small business venture. The added costs, though, are enough to keep potential entrepreneurs like me out of the market, dreaming about our business instead of opening the doors. Until we have more property available, some business ideas will wither and die - or, like mine, get tucked inside a shoebox and put on a shelf, with hopes to dance into life one day. 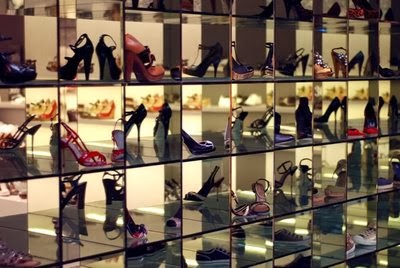