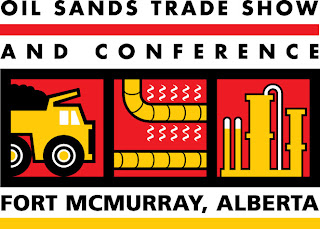 There are things I understand, and things I don't. I'm pretty open about the things I just don't get, too. I understand shoes very well, and I understand some politics. I understand community, and I understand passion. I don't understand much about the local industry, especially the nuts n'bolts aspect, which is why last year I attended the exhibition at the Oil Sands Trade Show and let someone try to explain pipes and valves to me (unsuccessfully, I'm afraid). But I also don't give up easily, so this year I went back to the tradeshow and decided to try again.

I pulled up at Mac Island on the final day of the trade show and conference and realized the first challenge would be to find a parking spot. I thought I was very clever when I managed to find a tiny spot to wedge my car into, a spot right by the outdoor exhibitors. I was feeling quite victorious when I emerged and headed into Mac Island to collect my media pass (a pass which identified me by name, vocation, and blog name, which delighted me pretty much completely). The front concourse of Mac Island was bustling, and then I went to look at the map - and realized that the number of exhibitors was massive. 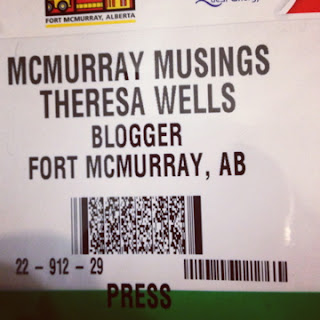 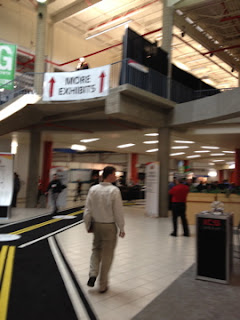 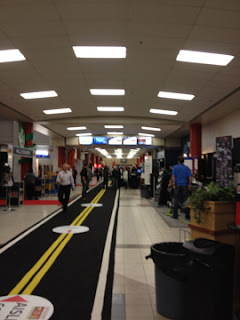 Every field house was filled, as was the lower and upper concourses. I wondered if I'd find an exhibition booth or two installed on the squash courts or in the washrooms, and I wasn't surprised that there was an entire tent set up outside with more exhibitors, in addition to all the ones outdoors that had brought their own tent displays. I was a bit overwhelmed and I hadn't even gone into the first exhibition hall yet. I had a sinking feeling that this was going to be even more challenging than last year. 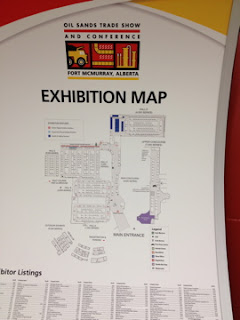 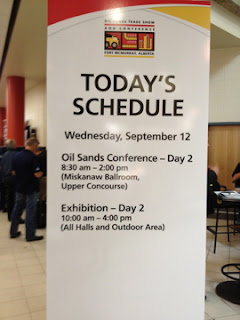 When you don't know anything about a topic, whatever it is, visiting a trade show that revolves around that subject is a bit like being an alien who has crashed on another planet. To say I was bewildered is an understatement of the grandest sort. I must admit I avoided the pipe and valve booths, afraid to run into the people who tried to educate me last year and have them realize I hadn't understood a thing. Instead I found myself intently studying PPE, or "Personal Protective Equipment", which seems a very popular item at the tradeshow. I checked out gloves that seemed to be made of every possible material (sadly I never did find the Kryptonite gloves I hoped to see), and I tried to make sense of which gloves were good for what purpose. Since I've only ever worn gloves to clean or garden it was all a bit baffling, but I pretended I knew what I was doing (as I so often do). 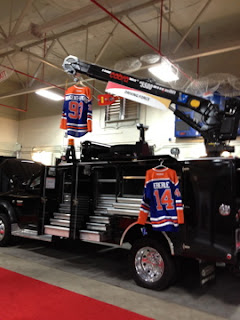 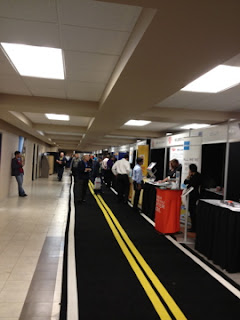 I went upstairs and found the booths from our RMWB economic development department, and the booth talking about our city centre redevelopment plans (and I was delighted to see them both spreading the word about all that is good and growing about our region). Then I tackled the outdoor exhibits, growing a bit more weary and a bit more bewildered by the minute. The big cranes were fascinating, and I still have no idea how they really work (I do know that we are going to start seeing a lot more of them on our skyline as this community grows, though). I was growing a bit disheartened, though, as it seemed there was nothing there I would ever fully understand. And then my nose caught a scent, a familiar smell. I smelled hot dogs. 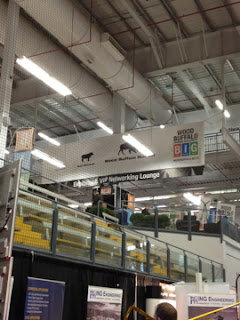 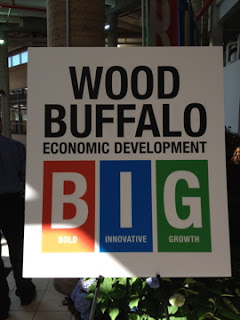 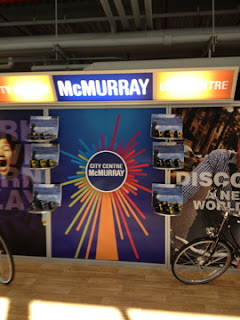 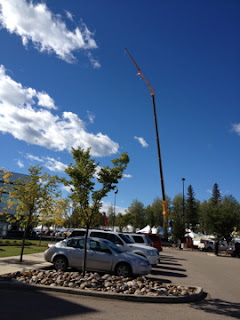 I rounded a corner and there it was, the Fat Franks hot dog cart, and I knew I had found something I understood very well. I ordered a cheddar and jalapeno smokie, loaded it with onions and peppers and mustard, and headed back to my car to eat and think about all I had just seen. 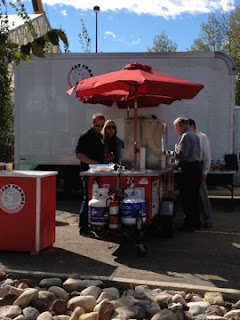 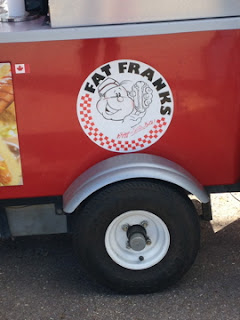 I sat in my car, surrounded by other vehicles.  I was parked behind one of the outdoor displays, and I swear I intended to take a photo of my smokie before I ate it, but I'm afraid that noble intent was forgotten and I devoured it quickly. It was only when I held up the empty wrapper to take a photo that I noticed the display in front of me, and realized the word "pigging" was right about the words "Fat Franks". Now, I still have zero idea what "pigging" has to do in reference to the oil industry (look, I said I'm clueless) but I knew what it had to do with what just happened to that smokie, and so it seemed the appropriate photo. 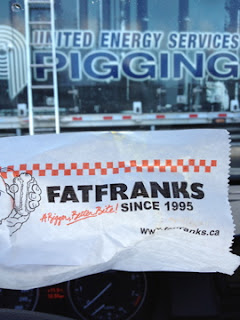 Smokie finished, mustard licked off my hands, and visions of PPE and Booty Machines dancing in my head I carefully extracted my car from my parking space (which I swear shrank while I was gone and which, similar to some childbirth, almost  required forceps) and drove away from the bustling and jam-packed Mac Island. While I still didn't understand PPE or cranes, and had entirely given up on pipes and valves, I did know three things: 1) the oil sands industry is alive and well if this massive tradeshow is any indication, 2) Mac Island needs to be expanded because now events and shows like this pretty much have it busting at the seams, and 3) I don't know much, but I do know smokies. Secure in my limited knowledge of the world I drove away, and thought about how at next year's tradeshow I'm going to try the Booty Machine while wearing some PPE since that really seems the wise thing to do.


My sincere thanks to the
exhibitors and organizers of the
Oil Sands Trade Show
for once again trying to help
a clueless blogger try to understand
a very complicated world :)
And to Fat Franks -
Best. Smokie. Ever!
Thanks :)
at September 18, 2012