Let's Get 'Er Down - Willow Square

One of the problems with seeing something every day is that you often take it for granted - or even worse you overlook the problem with it, and you fail to see what is right in front of you. This happened to me recently when I was having a conversation with a member of our local homeless population. He and I were chatting, as he is fairly recently arrived and I was interested to see what drew him here (work opportunities, of course, one of our transient and employable homeless who end up on the street when they come here and the costs of housing are too much for their finances to bear). We had a nice chat and then he said that since I seemed to know a lot about what was going on in the community he had a question for me. He asked what was going on with those townhouses downtown, the ones across from the hospital. The boarded up ones. The ones that were an eyesore, and a slap in the face to someone who is currently sleeping rough on our streets. And I realized, of course, that he meant Willow Square. 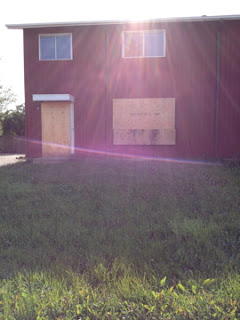 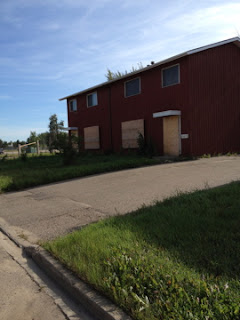 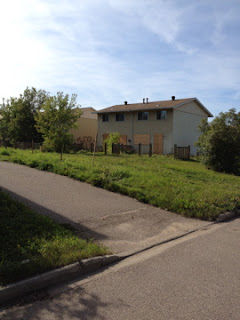 Willow Square has been vacant for some time now, the residents moved to other housing in the community, the land slated for redevelopment. The townhouses were boarded up in anticipation of speedy demolition, and there they have sat, continuing to dilapidate and fall down as the tussle over the land continues. I know some of the facts, that the land is held by the federal CMHC and the province is awaiting transfer of the property. The delay is unfortunate but unavoidable, I've been told, and generally speaking I'm pretty patient about such issues. But frankly when a homeless person tells me something is an eyesore and that it offends them then I am going to take another look, and that's what the Intrepid Junior Blogger and I did a couple of Saturdays ago.

It was a beautiful and sunny afternoon when we arrived at Willow Square and parked our car. There we were in the middle of downtown Fort McMurray, but the streets of Willow Square were deserted. I've been to a few "ghost towns" on the prairies, and the feeling was much the same, evocative of broken dreams and days long gone. But Willow Square is worse than a ghost town in my opinion - it has begun to look like a ghost ghetto. 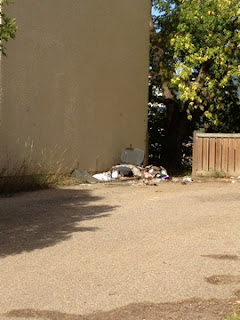 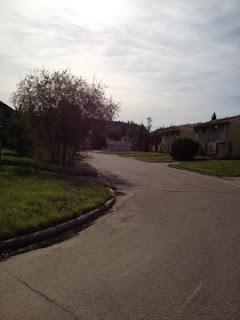 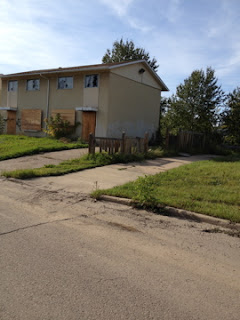 The Intrepid Junior Blogger and I walked around, and as I did I asked her to list for me the issues with having a vacant and decaying development like this in our city centre. She was able to quickly cite the list I'd already come up with, and in fact added a few more. An eyesore. A fire hazard. An embarrassment. A target for vandals and arsonists. An enticement to school children from the nearby schools (children who may dare each other to enter abandoned buildings). A potential for vagrancy (and a slap in the face to the homeless who sleep in a tent while they see homes boarded up just blocks away). 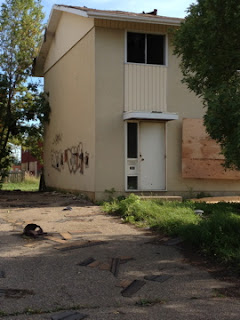 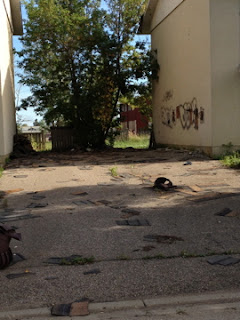 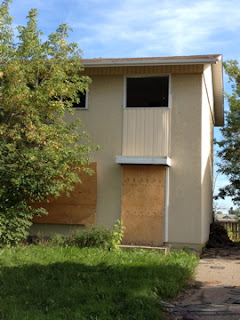 It's sad to see, really, the detritus of a former community clearly present. An abandoned and overgrown playground. Garbage and mattresses, car seats and other debris left behind when residents packed up and left. And, even worse, broken windows and siding falling off the buildings, and graffiti covering the exterior walls. And while I am a patient person I must admit this bothered me deeply. It bothered me because I am proud of this community, and Willow Square is currently nothing of which to be proud. It is, frankly, simply very sad. 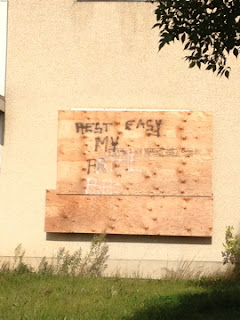 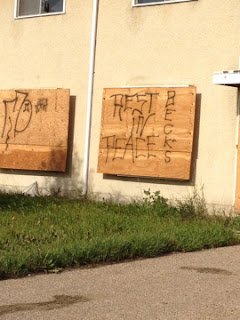 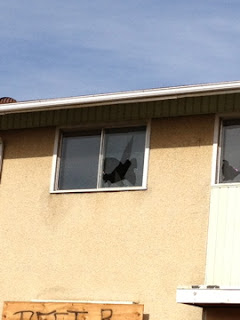 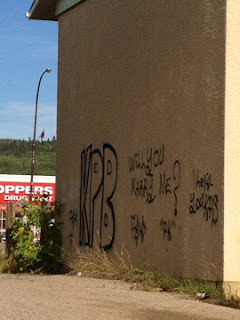 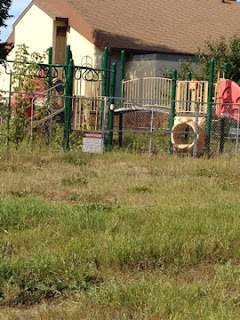 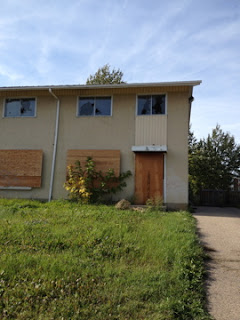 I realize it may take time for the land transfer to occur, and that it will likely take even longer to break ground on the new development at Willow Square. What I would really like to see, though, is the buildings demolished and an empty field ready for that development. I have heard signage is being erected that will indicate this will be the site of a new long term care facility, and that's terrific - but no signage will erase the buildings behind it. Signs are great - but an empty field is even better.

Prior to my chat with my new homeless friend I drove by Willow Square with blinders on, avoiding looking at what it has become. Now, though, I look at it every time and see that it quietly becomes even more dilapidated and decayed. Every day it becomes even more of an eyesore and an embarrassment. And every day it depresses me just a bit more, because it does not reflect who we are, and who we are becoming. I am a very patient person, but I have sort of run out of my supply on this one, people. Those buildings need to come down, and we need to have a fresh clean field there instead, waiting for the bright new developments on our horizon. In this city of "can do" I have one thought: let's get 'er done, and pull those damn buildings down already.
at September 19, 2012