Well, another day and another big announcement, Fort Mac. Today the music line-up for the annual SummersEnd celebration was announced. Once upon a time this was an event known as "The Blueberry Festival", but it's been rebranded in recent years as "SummersEnd" - and revitalized, too. Jointly hosted by MacDonald Island Park, Events Wood Buffalo, and Royal Lepage True North Realty the Labour Day weekend event will include the usual and expected attractions, such as the Blueberry Carnival Midway, and the third annual DanceXplosion competition. The 2011 festival is also going to be just a little bit more, people.

This year SummersEnd has been declared a country music jamboree, and as such the musical guests are of the country variety. I'll admit it now, people - I'm not a country music fan (so far in this blog I've admitted I'm not a fan of country music, Tim Horton's coffee, and sports - is anyone else shocked that I haven't been dumped off at the edge of city limits and told to get lost?). However, whether I'm a fan or not doesn't blind me to the fact that we once again have some big name acts coming to our city, and this is going to be some weekend for those who are country fans. 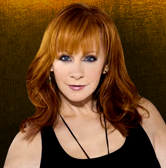 On September 1st we have the opening concert - and it's Reba.Yes, people, THAT Reba! Opening act is Victoria Banks. Now, Reba has some very devoted and ardent fans so this should be an incredible show to open these three days of country music. I imagine this concert will sell out quickly, so I suggest those looking to go might want to clear space on their credit cards right now. 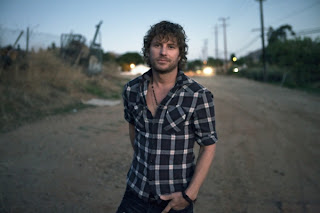 On September 2nd we have Dierks Bentley. Opening act for this gig is Ryan Laird. I have to say I'm not familiar with either of these young performers but after looking at photos I'm thinking this might be the gig all the young women of Fort Mac might like to attend. These two have to be some of the best looking country boys I've seen in a long time. If their music sounds as good as they look then it's bound to be one heck of a show, ladies (hint - get your tickets now!).

The final concert of the SummersEnd weekend will be on September 3rd, and will feature George Canyon with opening act One More Girl. I might not be a country music fan but I did notice recently that George took one of my favourite old Crowded House songs ("Better Be Home Soon") and has turned it into a country smash hit. I never imagined anyone could make that particular ballad into a country song, but George did it and actually did a pretty decent job of it, too. I know George has a huge fan base so again this is sure to be one hot ticket event. I imagine a lot of local ladies will want to be at this one, too.
Tickets for all these concerts go on sale June 24 at 10 am, and can be purchased at MacDonald Island Park, by calling 780-791-1600, or by visiting the MacDonald Island Park website. And despite my lack of true country music fandom I might just spring for a ticket or two for this event. I think they are going to be three amazing shows, and I'd hate to miss out on what is sure to be a SummersEnd to remember! Once again there will also be opportunities to take part in the festivities as a volunteer, so remember to consider that option as well. Whether you are there as a concert attendee or volunteer I hope to see ya there, Fort Mac!
at June 08, 2011