Vision. Passion. These are words that come up a lot in this blog, don't they? That's because for some reason I keep finding people in this city who are the embodiment of those words. I'm starting to think that for some reason this city attracts them as there seems to be an endless source - and people, I met another one recently. He's a local chef (although he refers to himself as a "cook") who works at a successful local hotel restaurant. He has all the qualities I admire. He also happens to have just submitted an audition video for "Top Chef Canada" - and I think he has a genuine shot at this, because frankly I think he's someone to watch. 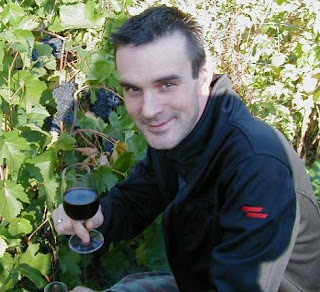 Ken Bowie grew up in North Bay, Ontario, and attended culinary school there as well. He had been working in the family goldsmith business for eight years when he realized that he didn't want to take over that business as was expected of him. He had a different dream. He wanted to cook. He decided to attend culinary school (Canadore College), and pursue this dream, despite being a bit older than his fellow students. His first kitchen job happened when he applied at a North Bay hotel. He knew the chef was likely to turn him away due to his lack of experience but Ken is a determined individual, and he knew the hotel restaurant needed help on Saturday nights. He told the chef he would work for free until he proved himself and was either hired or shown the door - and by the middle of his very first "free" shift he was hired and being paid. I think this says a great deal about Ken, really - he knows what he can do, and he knows how to get in the door. Those are admirable qualities in anyone, but particularly in a competitive field. 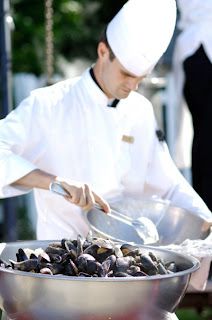 Ken has worked all over the country from the east coast to Sun Peaks BC. He has used every opportunity to learn and to hone his skills, and has managed to rocket through the ranks at every restaurant he has been employed. He has incredible ideas, like last summer when he planted a rooftop garden at the Sawridge Hotel and asked people reading his blog to send him seeds. He received seeds from all over the world, and while there were problems with the garden (too much sun, too much wind) was able to serve produce he had grown at the Chef's Table at the Sawridge. This year the garden plan is a little different, and even more intriguing. Ken will plant a garden at the Food Bank so that those who use the Food Bank will be able to access fresh produce right there as opposed to having to make a separate trip to the grocery store to do so. This shows another aspect to Ken, which is his very real interest and concern for the community. He and his wife (also a chef at the Sawridge) have embraced Fort Mac as their home. 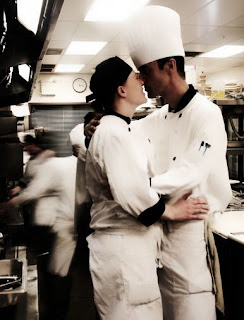 What struck me about Ken is his passion for food. I have written in this blog that I am not a good cook but I am a "foodie". I love good food, and I also love creative people. Seeing this combined in a culinary professional is so delightful. Ken has the ability to visualize how a dish will appear and taste  before he's ever made it, and I suspect that's a key quality in an innovative chef. He also has a genuine curiousity about food. This is a man who in his free time prefers to be working on farms and ranches, growing food and herding beef cattle. This is a man who can spend three hours in a grocery store in another country just looking at food items and figuring out how they are used and how he would use them. This is what passionate people do. They take every opportunity to feed that passion, and Ken clearly does. That impresses the hell out of me, people. 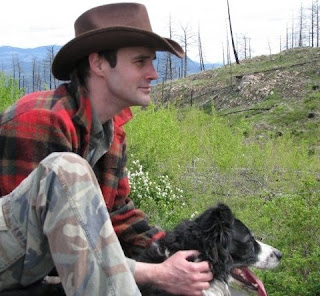 I am also struck by Ken's vision. He expects those who work with him and under him to work to the best of their ability, and to achieve their full potential. He doesn't mind mistakes as long as the mistake was one that led to a lesson learned. He wants to see those around him and under him succeed just as his mentors have desired his success. He sees the kitchen as a place where learning is continual, and where every person from the head chef to the dishwasher can teach those lessons (after all, the dishwasher is the one who knows what food goes uneaten, which is key information). 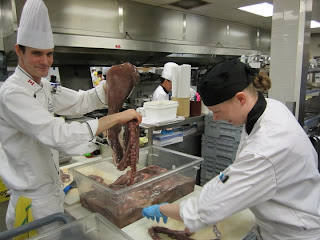 Ken decided to audition for Top Chef for a few reasons, but mostly because he has been encouraged to do so by others (friends, coworkers, his wife). After meeting Ken I completely understand why as there is no doubt that he is a strong contender. Between his experience, passion, vision, and attitude it's very clear that this man is someone who could compete and could in fact walk away the winner. Regardless, though, he is giving it a shot to show others that they can accomplish anything if they try. He is "attempting to live the dream", and people that is an incredible thing to witness. If we only had the courage to all follow our dreams imagine our world! Ken Bowie has the courage. He has the skills. He has the attitude, the presence, the vision, and the passion. And people, you may not have met Ken but let me tell you this - he is someone who represents our community very, very well. Having him compete in Top Chef Canada would be good not only for Ken but for our entire city. I'm excited beyond words about this. I hope they are blown away by his audition video, and I know that once they speak to him they will be as excited about having him compete as I am. He's just that kind of guy. 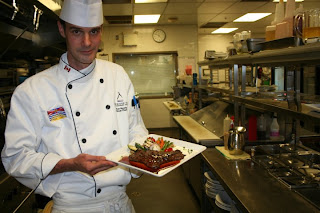 So, Fort Mac, this is Ken Bowie. Watch out for him, and remember the name, because even if you don't see him on Top Chef I'm pretty damn sure this man will be very well known one day. Remember you heard it from me first, eh? 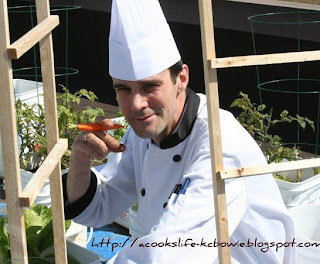