No Plans? No Problem. Shaun Majumder's In Town! 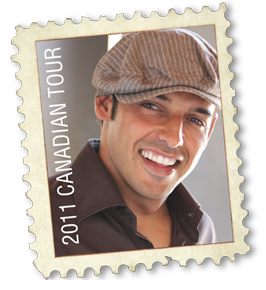 Well, people, last night I had the opportunity to spend a few hours with Newfoundland-born Canadian performer (comedian, actor, writer) Shaun Majumder and his gorgeous, smart, and equally entertaining fiance´ Shelby Fenner. It was a dinner I'll never forget as Shaun and Shelby aren't just intelligent, kind, and funny people - they are also people of vision and passion, and one of those passions is why Shaun is performing here in Fort Mac this weekend.

Shaun, who you may know from "This Hour Has 22 Minutes", "Just For Laughs", "24", or one of his many other television and movie appearances, is originally from a small town in Newfoundland called Burlington. Burlington, like so many other communities in Newfoundland, has suffered a great deal from downturns in the economy. One of the realities is that residents of the town have had to leave the town, often unwillingly, in order to secure employment. Many of those residents end up in Alberta, and I suspect a good percentage end up right here in good ol' Fort Mac (we aren't referred to as "Newfoundland's third largest city" for nothing, people).

If you've lived in Fort Mac for any length of time you've met some people from Newfoundland. They are, generally speaking, kind and open, with generous hearts and a great sense of humour. They also tend to dearly miss "the Rock", as they call their province, and many of them would return in a heartbeat if they could survive there financially. I suspect it breaks their hearts to have to be so far from home and in a place so very different from where they, and often their entire families, have been for generations. Shaun Majumder sees this too - and what is incredible is that he is using his notoriety, his money, and his vision to do something about it.

Shaun is building an eco-luxe inn in Burlington nicknamed "Majumder Manor". Not only will this be a lovely inn but a sustainable, eco-friendly, and upscale one to boot. It will provide employment to residents of the area, and a new place for visitors to this area of Newfoundland to stay. Shaun's vision doesn't just end with the inn, though. He also has plans to fund a business initiative in Burlington, one that will help local businesses develop functional business plans, provide training to businesses, and even micro-loans to help them launch new business initiatives.

What do these plans mean for Burlington? Perhaps it just means a few less people will have to leave as they will be able to find gainful employment in their home town. Or perhaps it will be the catalyst that helps to revitalize a community, as these initial small steps often do. Sometimes it just takes one person with vision, passion, and the ability to connect the dots to make things happen, and I think Shaun Majumder is quite likely that person for Burlington, Newfoundland. Shaun (and Shelby, too - Shaun might be getting all the press during this tour across Canada, but I think Shelby is just as impressive and inspiring an individual) has my enduring respect for taking what is close to his heart and what he is passionate about and doing something about it. He and I talked last night about how when a "celebrity" chooses to embrace or endorse a cause that they don't really feel in their heart you can often tell there is a lack of sincerity or honesty. The sincerity, honesty, and commitment that Shaun and Shelby have in this initiative in Burlington is very real, people, and you can tell this is about as close to the heart as it gets.

So, Fort Mac people, what can you do? The bonus here is that not only is Shaun a great guy, he's also funny as hell. So, lucky us, as he is performing two shows in Fort Mac this weekend, on Friday June 3rd and Saturday June 4th at the Newfoundland Club on Reidel Street (780-791-6353). The shows begin at 7 pm, and tickets are $100. All proceeds go towards the Burlington Community Business Initiative. I suspect that this might well be be the best $100 you'll spend in a very long time, because not only will you get to laugh your ass off you also will also be helping a cause that is close to the heart of this special man and his fiance´, and you get to help some people in Newfoundland stay in (or return to) the town they love. I think it's a win-win-win, people. See ya there, Fort Mac.
at June 03, 2011