I feel ever so slightly like I've been hit by a train, and I don't think I'm the only one. It was an evening I won't soon forget, punctuated by a head-first tumble down a flight of concrete stairs at the local municipal building, and waking up this morning with a sore back and ankle, and a lot of questions about the future. It was the municipal election of 2013, or #ymmvotes2013 as it was dubbed on Twitter, - and I think it created a lot more questions than it answered.

I ran into a friend on Saturday evening who expressed surprise at my unusual quietness during this election season. I suppose I am not known for holding my tongue (or my keyboard) and so he was bemused at how little I had said - but the reality was that I have known for some time that, whether true or not, there are those who believe I hold some influence and sway in such matters, and so I refrained from commenting too much, or too often, even though at times it felt like I was in a political straightjacket. Today I feel a bit more free, the electorate having had their say, and yet I feel like I don't quite know what to say, as there is so much I know and yet so much that is yet unanswered.

I know this: I am glad Mayor Blake has been re-elected, as I believe we need her strong, experienced, and capable leadership, especially now. This is not a place that allows for long and slow learning curves, and I was deeply concerned about the ability of the other mayoral candidates to immediately step into such an incredibly challenging role. I was concerned, too, from the perspective as someone who works in both traditional and new media, and the ability of the potential candidates to not only represent us well locally but in the national and international eye that is so often focused on us. This is not a place where half-answers or "I don't know" plays well with the media, and it is a place where those who are unprepared will get eaten alive  by critics of our industry, and even our community. And too I was worried about allegations about the other mayoral candidates that surfaced during the campaign, which true or not would serve to set a certain tone in that media perception from the "outside world". For all these reasons, and others, I am deeply grateful to see our mayor return to her chair.

I know this: I am thankful to Gene Ouellette and Jim Rogers, because while they did not succeed they did provide voters with a choice, which is such a fundamental part of the democratic process. Acclamation, particularly for such an important role as mayor, doesn't really serve anyone well, and I respect them both for their courage and their willingness to invest themselves personally in a journey that often takes unexpected twists.

I know this: I believe we have lost some good people, as incumbents Colleen Tatum, Christine Burton, Russell Thomas, Sonny Flett, and David Blair have given of themselves to this region and our community (and Sonny and David to their communities as well). Regardless of what one thinks of their political positions I think it is clear that each of them displayed a passion for this region, and for the community and the people who reside in it. I will also miss the presence of Dave Kirschner, and while he did not stand for election in this race he added such value to the previous council, and of course to our community in all he has done over the years. I know though that all these individuals will continue to give to this community just as they did before they served in elected office, and our community will be richer for their contributions.

I know this: We have some great incumbents returning, including Sheldon Germain and Phil Meagher, individuals who I believe are not only passionate about this community but about doing the right thing and representing us to the best of their ability. Joined by Jane Stroud and Al Vinni they will be able to lend the new incoming councillors some expertise on the nuances of elected office - and the pitfalls.

I know this: We have some new blood, and perhaps some new balance. With newcomers Keith McGrath, Tyran Ault, and Lance Bussieres we have some different views and perspectives, and sets of fresh eyes and fresh minds ready to take on the task, and challenge, of governance. And of course returning is Guy Boutilier, an individual with a lengthy political pedigree and experience, and who will bring his own perspectives and thoughts to the council chamber. And from the north we have Julia Cardinal and John Chadi, councillors I do not know but who I hope will bring with them the valued perspectives and needs of their communities.

I know this: So many amazing wonderful individuals who stood for election didn't make it - this time - but their courage and willingness to be part of the democratic process has not gone unnoticed. To Abbas Abbas, Veronica Doleman, Steve Kelly, Andrew Manyevere, Carmen Royer-Ramstead, Jon Tupper, and those who ran in the other wards but did not succeed I say thank you - because you brought new ideas and new perspectives to the campaign trail, and helped to re-ignite the passion for democracy in this region. That is not a little accomplishment, but rather a bold and mighty one.

I know these things, but there is so much I don't know and that only time will tell.

I don't know: If this council will be able to work together and collaborate to achieve common goals, and be ready to change their minds about things they may hold dear. I hope they all come to the chamber with open minds and a willingness to work together, as we need that spirit of cooperation more than ever.

I don't know: If this council will be able to strengthen our ties with the provincial and federal governments and find ways to work together with those other layers, allowing us to develop those relationships in a sustainable and effective manner. These relationships are crucial, and vital to our success, and I hope they find a path forward to doing exactly this.

I don't know: What I don't know. I don't know what the next four years will hold, or what decisions they will face. I don't know how they will make their decisions, and I don't know how they will come to terms with their respective roles, each other, and their place in our community. But what I do know is that each elected individual has had a great deal of faith and trust put in them, and that faith and trust is a fragile thing, especially after an election that has been, in a word, divisive. Our elected officials, whether incumbents or newcomers, will need to keep in mind that those who voted for them did so with great faith, and they may one day feel that faith as a heavy weight upon them. Campaigning is difficult, I think, but it is a piece of cake compared to serving in office, particularly in a region which faces both tremendous challenges, and opportunities.

And lest anyone think I have forgotten, I want to mention all those who stood for election or acclamation for school boards, as their role too is vital and fundamental, even if overshadowed by the council elections. As a parent and long-time member of school parent councils I know their importance, and they have my deepest respect, whether they were eventually elected to serve or not. Those who offer to serve as trustees for our education systems deserve special kudos, because our future - our children - lies in their hands, too.

And so there it is. No doubt there will be things to be blogged and discussed as we move into the future, and no doubt there will be moments when I smile and moments when I shake my head as we watch this new council at work. What I will always recall, though, is that serving in elected office is not easy, and if it were far more of us would do it. Those who ran for election, and those who were elected, have given of themselves, and for those who have been elected the true giving has only just begun.

There is so much ahead that is uncertain, and so much that could go wrong, of course - but there is optimism and hope that things could go right, too. One of the things I do know is my belief that every person who stood for election did so because of a love and commitment to this community and region, and that this love and commitment will hopefully serve as the guide for their decisions in the future. While they may differ in point of view and opinion I believe the common goal - to make this community a better place for all - is the shared one, and I believe that this goal if adopted as the guiding star will lead them to the right place, and the right balance.

Today I sit here with a swollen ankle and a twisted back, casualties of a tumble down a flight of stairs as I was so caught up in election fever that I failed to exercise enough caution. The election is over now, though, and just as my back and ankle will heal so too will some of the rifts and wounds of the campaign begin to mend. And just like my tumble down the stairs so will some of our elected officials tumble on occasion, and we will have the option of catching them, or allowing them to continue to fall. I hope in fact that they will catch each other, and that we will catch them, because in the end we are all in this together - and the saying "united we will stand, divided we will fall" may be more true at this point in time more than any other. I hope we choose to stand together, because in the end all we have is each other, and this place we call home. 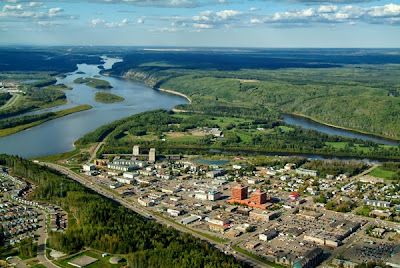