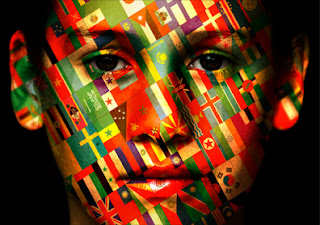 I had a blog post already written for today, ready to post. It was pretty light, and cheerful, and I will publish it soon but something very troubling came to my attention last night, and it is an issue I think we need to start discussing. It was troubling enough that it startled me out of my complacency and into recognition that this topic is something we must discuss, and we better begin doing it now, because some of the signs point to trouble if we don’t.


It started on Facebook, innocently enough on a local Facebook page. This page does a great deal of good for those who use it. It is fundamentally an online support group for moms in our community – a place to ask questions, offer advice, and perhaps rant. The post that started it all was really just a question, and the poster clearly did not intend or expect the responses received, and so no blame should fall to her. In fact I don’t really “blame” anyone – I just think we need to have a very serious think about all this. The question? It was about a letter sent home from a local school indicating that teachers of a certain grade level had gotten together and were asking parents to not send their kids to school in costume on Halloween. The reason behind this was to respect those of other cultures who do not celebrate Halloween. The mom was simply asking if this was normal, or if it made sense, and what she could do as her child was excited about Halloween. And the question was not the problem, really. It was the mounting replies that began to horrify me, and deeply worry me about this issue in the community, because it stopped being about Halloween immediately and became about culture instead.
The responses, at least many of the initial ones, ranged from “how dare those people demand we stop celebrating our culture” to (and to me the most troublesome) “to hell with other cultures”. There was no acknowledgement that perhaps no one from another culture had asked for this “costume ban”, and that perhaps it was simply an initiative by some teachers who had developed it independently (and not maliciously, as most likely they were simply concerned about the inclusion of all students in their care). There was talk of writing angry letters, or a petition demanding we retain the rights to practice our culture. There was even talk of simply sending the kids to school in costume and defying the teachers altogether. I don’t know about anyone else, but I worry about the message this sort of defiance sends to kids – why is it ok to disobey their teachers on one day but not on others? And why turn it into a confrontation instead of a dialogue, beginning from a place of asking questions (why are you asking them not to wear costumes? Was this requested by anyone? Can we hold a class meeting to talk about the topic? Is there some compromise we can reach?) instead of angry letters and petitions? I completely agree with working to change the things you disagree with, but I believe in doing it in a way that builds collaboration and community and pulls people together, not apart, and I don’t believe in plain defiance (although that attitude may explain those who ignore speed limits and stop signs).


And the sad reaction I witnessed last night was so unnecessary, as no one was being denied the chance to celebrate their culture. Halloween in the current incarnation has actually not existed all that long, and much of history suggests costumes and trick-or-treating to be relatively recent additions to our traditions. And this tradition (or culture, if you wish) does not exist in many places other than North America, the United Kingdom, and Ireland, being still considered a novelty in most of Europe (where many Canadians, including myself, find our ancestry). And even if one considers Halloween to be a vital part of our culture (and don’t get me wrong here, I love Halloween) there was no evidence provided last night showing that anyone from “another culture” had asked for costumes to be left unworn at school on October 31. It was the immediate leap to judgment, the quick willingness to blame “other cultures” that troubled me, and troubled me to my core.
People, take a look around you. This community is rapidly becoming one of the most diverse in our country. Far more diverse than the city where I grew up, the school the Intrepid Junior Blogger attends has students who have come here from dozens of other countries. And the reality is that this is not new in Canada, as my German great-great-grandparents came here as immigrants, bringing with them their culture and traditions as they left Germany behind for their new adventure in Canada. I still make cabbage rolls, and I still sing ‘Silent Night’ in German every Christmas, and that part of my culture and my sense of history is strong. And it is all of us – the Germans and the Scots and the Irish and the Polish and the English and the French and the Pakistani and the Filipino and all the rest from around the world are the people who have been building this country, and this community, for decades. This embracing of other cultures is not new, and it should not be feared – it should be welcomed.


Do I think kids should be able to wear their Halloween costumes in school? Yes, I do, but this discussion is clearly much larger than that. There seem to be some who think our “culture” is under siege, and this worries me (and I wonder if that is how the aboriginals of this country must have felt when the Europeans arrived). We are not under siege. We are building a community, together, and if we start from a place of “to hell with other cultures” we will never finish with what we want – a strong, sustainable, vibrant community filled with people who respect and enjoy each other.
Last night I posted a couple of comments on that post, including pointing out that there was no evidence that this was anything more than an idea floated by some teachers who meant well and likely didn’t expect the backlash, and not some organized siege of our culture. I also talked about the Intrepid Junior Blogger and how she has lived here almost her entire life, and how it has made her “colour blind”, although now I realize I should have called her “culture blind” – not blind to the existence of other cultures but rather blind to any notion that one culture is better than another. She sees no difference between those who are German or Pakistani or Japanese or anything else – she sees, quite simply, a person – and it is because of this place of amazing diversity.


There is no attack on our culture. I have never been made to feel bad because I wished someone “Merry Christmas” and would never feel offended if they shared greetings from their own holidays with me. Our culture is a rainbow of so many cultures, with many of us having ancestry that stretches around the world, and it is a beautiful rainbow that shines over our entire community. I would hope that instead of outrage over such letters as the one mentioned last night we instead begin a dialogue, a dialogue that may help us to achieve a better understanding of each other, our cultures, and build our community in a positive and collaborative way. And for the record I will never allow comments like “to hell with other cultures” go unaddressed, because in my life I practice the golden rule, and treat others like I wish to be treated, meaning I would never want to be told my culture, whatever it happens to be, can “go to hell”. We are at a critical point in our community, and as we continue to grow we will continue to become more diverse and welcome even more people from other countries and cultures. And this is why I write this post today, because the sooner we can start this dialogue the better our future – our collective, collaborative, cultural community future – will be. I humbly suggest we start it today, as we have the chance to build something here that will be a beacon of light for other communities around the world – but in order to do that we need to open our minds, and our hearts, and never let the words “to hell with other cultures” cross our lips, or our keyboards, ever again.
at October 04, 2013