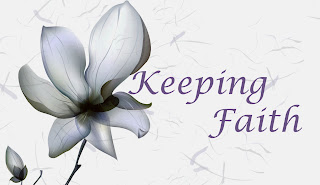 I admit I have been avoiding reading about it. Six young adults killed in a horrific collision. Not in my community, perhaps, but still in someone's community, and I recognize the pain they are likely experiencing. I suppose I avoid reading about it because it reminds me too much of another collision, one that was much closer to home and that ripped at the fabric of my own community. I mean, of course, the tragic collision on April 27, 2012, and the loss of seven lives, including two children, plus one unborn child.

The collision from that April has been on my mind a great deal in the last few days. Days after it occurred I had reached out via Facebook to a woman I had never met - the grandmother of one of the children killed in the crash. Faith was just eleven years old, and she and her father were two of those killed that day. I suppose I never expected to hear back from her grandmother, but I sent her a message anyhow. I told her how the loss of Faith had affected me, and how it had set me on a path to fight for the twinning of a highway that had claimed too many lives. I told her that we would never forget Faith - and that we would never lose faith, either, in our ability to ensure that she and her father had not died senseless deaths, and in vain. I never expected to hear from this woman from across the country - but this week I did.

I was startled when I saw the message from her, and while I won't share the words the sense of raw pain was still so very evident. While for most of us that day is a distant memory for those who lost their loved ones it is likely never far away. I suspect there isn't a day when they don't think about it. The distance of time means little to them, because the impact of that day is with them every single moment of every day.

That day is etched into my memory, too, not because I lost a loved one in the collision but because I think it changed something very fundamental in me. I think it was the event that truly made clear to me how much I love this community, and the people in it. I think it was for me a pivotal moment in recognizing that this place has become home to me in a way I have never known 'home' before. It was the moment when from great pain I saw great compassion and commitment arise. I saw a community come together in agony, and in resolution. I think that day didn't just change me - I think it changed Fort McMurray.

One of the promises I made to Faith's grandmother is that I would never forget Faith, and I never have. The memory of that young woman provided the strength I needed when I wrote about Highway 63, when I did interviews, and when I met with politicians.The memory of that young woman didn't just affect how I thought about the highway, but about how I thought about this entire community. It made me want to make this into a better place for all the young women and men like Faith and like my own Intrepid Junior Blogger. It made me want to make sure highways were twinned and neighbourhoods built and schools opened and downtowns redeveloped. It made me want to make this into the safest and best community in which to raise children, because I suddenly realized that the power to do so didn't rest with "someone else". The power to change things, to make the world a better place, rested with all of us. It rested with me.

And so young Faith has proved a mentor for me of sorts, a reminder of the need to do the things I need to do to make this a great place. She will not be forgotten, not by her family, certainly, not by a community who grieved over the loss of her and all the others who lost their lives on that highway before and since, and not by me. I have kept Faith - and faith - in my heart and mind, and I will continue to do so forever, because I made a promise to a grandmother over a year ago - and it is a promise I intend to keep.
at July 29, 2013