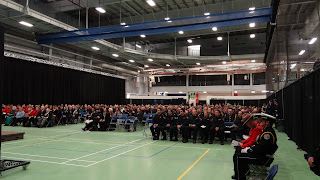 It is always a solemn affair, the annual Remembrance Day ceremonies. It is always a day when I find myself close to tears, and struggling to maintain my composure as I hear bagpipes and trumpets, and see photos and videos that threaten to make the tears flow. Remembrance Day 2012 in Fort McMurray is one I am unlikely to ever forget, as it is one of those days that tied together some loose threads in my life, something that often happens in this place I call home.

I got to MacDonald Island Park early on November 11, and noticed the parking lot filling rapidly. The Remembrance Day ceremonies here, hosted by our local Legion, always seem to attract a good-sized crowd, and this year was no different. I went inside and was escorted to my seat by a young cadet, who looked like he was probably in Grade 9 or 10. Many young cadets were escorting attendees to their seats, finding them good spots for their specific needs (in my case an aisle seat where I could escape to take photos).

I sat in my seat and looked at the program, noting the parts where I was likely to struggle with tears. The reading of Flanders Fields. The Last Post. Reveille. The laying of the wreaths. The auditorium quickly filled, with the elderly and the young, couples and families, and every demographic of our community represented. Moments before the ceremony was to begin I made my way to the entrance to watch the entry of all the service people present, from the RCMP, stunning in their red serge, to our local fire department, cadets, and even scouts and guides. In they marched behind the flags, there to honour and remember. 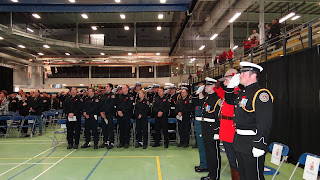 The Remembrance Day ceremony is, as I wrote last year, not short. It stretches over 2 hours, and a lot of ground is covered. Prayers are said, greetings from different levels of government are brought, and poems are read. Songs are sung, and, finally towards the end, wreaths are laid. This year for me was a bit different, though, as when they called the roll of those local individuals lost in the war I was listening and I heard a name that stopped my heart. David Walter Hill.

I had my camera in hand when I heard that name, as I stood at the side of the stage. I was there at the service as both community and media, my dual roles making me extra attentive to the details. And when I heard that name my blood ran a bit cold because the Hill family has become rather close to me this past year, even if they don't quite know it.

You see, this past summer I had the pleasure of interviewing Ken Hill for an article I wrote for Big Spirit Magazine. And then, during the FMPSD Centennial celebrations I got to meet Ken and his wife in person, and found them so wonderfully delightful. Ken and his parents, Walter and Gladys Hill, are what I would consider founding members of this community. Their names are synonymous with the past of this region, and in fact the new public elementary school in Eagle Ridge will bear the name "Walter and Gladys Hill". So you see when the name "David Walter Hill" was read in the roll of those deceased in war I wondered immediately if this was someone related to Ken and his parents. 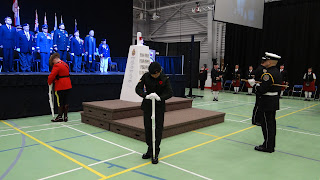 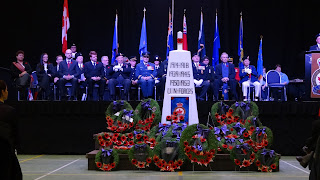 My association with the Hill family goes even a bit deeper, although they don't know it. You see this past summer I did a little photo shoot with a photographer from Edmonton. When he and I discussed where to take the photos I knew I would choose the one location that sang to me of Fort McMurray and our history - Heritage Park. And so there it was on a bright August morning that we met, and there I, wearing a bright red 1950's style dress, was photographed in the Hill's old home, in the kitchen where Gladys cooked and the living room where they would gather around the radio. I was photographed in the drug store they ran for many, many years. It was an amazing experience, actually, as every time I touched a wall I thought of the people who had lived in that house and operated that drugstore, of all the memories those walls held inside them. What never occurred to me was that some of those memories were of deep pain.

You see, after the Remembrance Day ceremony this year I went to the Legion in Waterways, a place I have driven by many times but never gone into. I wandered around, speaking to those gathered (and it was a busy place, men and women in uniform and dozens of others, too). And then, at the front entrance, I spotted this: 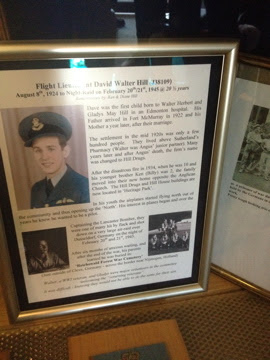 David Walter Hill, eldest son of Walter and Gladys Hill, killed in February of 1945. I had spoken to Ken Hill at length about how he started school here in 1938, Grade One in a little two-room school on Franklin, and now I discovered that a mere seven years later Ken lost his older, and only, brother to war. I can't quite explain what it did to me to realize that. Suddenly everything was thrown into a new perspective. A year ago I did not know Ken and did not know the history of his family. A year ago the name David Walter Hill would not have stopped my heart, and I would not have felt a stab of pain as I realized how the little family in that little house in Heritage Park must have suffered when their learned of their loss. But this year, after meeting Ken, and spending time in that house, and learning more about the woven fabric of this community, how each family ties it together, I was heartsick.

I kept thinking back to the young cadet who had shown me to my seat, and I realized that he was probably about the age Ken would have been when he lost his brother. I realized that young cadet was likely only a bit younger than David Hill, a young man who went to war from our community and never returned. I realized, with heart stopping certainty, that the pain of the loss of David Hill probably never went away, and that his family likely still carries that loss today. And I thought about that young cadet, and about how if war broke out tomorrow this young man could eventually be one of those lost. I thought about how his family, even decades down the road, would still carry that pain. And I thought about how his name, read at a Remembrance Day ceremony, could catch the attention of someone like me who suddenly tied the threads together.

I didn't know David Hill, but I have met his brother Ken. I have spent time in the house his parents owned, and in the drugstore they ran in this community for many years. I have been at the ground breaking of the school that will bear his parents' name. And I have, for some reason, become very interested in the history of his family as I think it is so deeply reflective of the history of this community. And so I suppose that is why some 67 years after it happened I took the news of his death so hard. I thought about Ken Hill, and his parents, and the grief and pain they must have felt when they learned that David would never come home again. I thought about all the soldiers of all the wars who never came home, and the families who grieved them, too. I thought about all the houses like the Hill's house, houses that held memories of joy and happiness - and sorrow. And suddenly Remembrance Day 2012 had new meaning for me. You see until now I have never known anyone killed in war, and for that I have been so fortunate. And even though I never knew David Hill I felt his loss, almost seven decades ago, so keenly that it made me weep.

You see, people, the fabric of the community is the people in it. I imagine the loss of young David Hill, and all the others this community lost in various wars, ripped at that fabric. Their deaths would have caused great sorrow, and great pain. They were gone, but not forgotten. And so it is that on November 11th, 2012, I came to remember a young man named David Hill, gone but not forgotten. It is to David Hill, and all those who never came home to Fort McMurray and every other city or town in this country, that I dedicate this photo, this blog post, and this promise: I will remember, and honour, them. 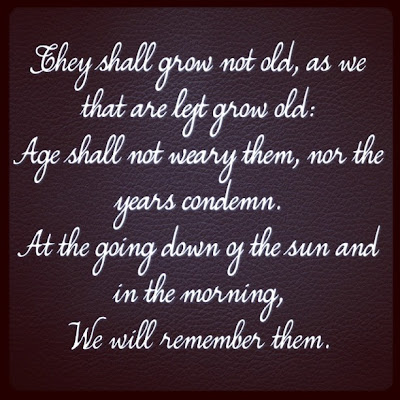 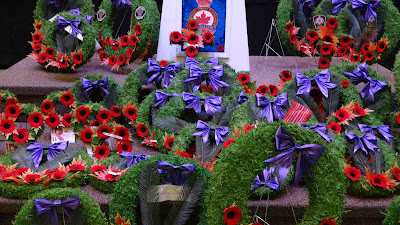