I am not, by nature, a fan of Valentine's Day, having always viewed it suspiciously as a creation of card, flower and chocolate manufacturers and retailers to flog their wares during a slow time of year for sales. Today, though, I decided to write a love letter to something I truly do love, and not just on one day of the year. Today I am sending a little Valentine to my community.

It wasn't love at first sight, you know. When I arrived at the airport in August twelve years ago I was entranced by your beauty, and by your Burger King on Highway 63, as I had just come from a very small town in northwestern Ontario where fast food outlets didn't exist. Your shopping mall caught my eye, because in my former home the only clothing store was an old and tired SAAN outlet. But I didn't love you right away - it was more like lust for the things you had that my previous home didn't, a place that was beautiful too but terribly isolated and far smaller than Saskatoon and Toronto, the cities that had always owned my heart.

My feelings for you came on slowly, and over time. The Intrepid Junior Blogger was just two when we arrived, and I didn't know how long we would stay but I knew this would be the first home she would likely ever remember, and so I decided to make sure it would be a good memory.

We started out for a year in Thickwood, living almost right behind the Dairy Queen and within walking distance to Tim Horton's. We moved on after a time to the new neighbourhood in Abasand, living right on the greenbelt. And the more time I spent with you the more I began to develop feeling for you past that initial lust for your stores and services. I began to develop a relationship with the other people who were part of you, and I began to see something I hadn't really ever been a part of before, not in any meaningful way. I began to love your community.

I had never really understood the concept of community, although I had been part of several over my life. I had never understood, though, the ebbs and flows of communities, and how the people in them determine what they are. I began to realize something had happened.

I had fallen in love with you.

I had fallen for you, and fallen hard.

And it has never faltered, you see. I have found something so special with you, so unique, that while I try to capture it in words I always feel that I have failed terribly and done you a disservice because my words cannot express what you are, and what you mean to me. I suppose the word that says it best is "home".

You are my home, and you are the hometown my daughter will always remember. And I admit that now that twelve years have passed and she is fourteen she is talking about leaving you and moving on to another city, because she feels she has outgrown you. But that's okay, Fort McMurray, because no matter where she goes and what she does you will be the home she will always remember, just as where I grew up will always be in my heart, too. She may travel far and wide, and fall in love with other cities just as I did - but you will always be her very first love, and her first home.

So, Happy Valentine's Day, Fort McMurray. I didn't buy you flowers or chocolates or a card (I refuse to fall prey to those marketing schemes!), but I give you this. I give you my heart, today and always. Thank you for being so very, very easy to love. 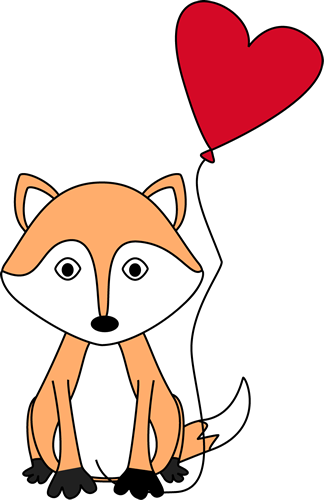