I am a person with a strong sense of occasion. I have been known to celebrate St. Patrick's Day by flying an enormous Irish flag over my house, and getting up at 3 am to watch royal weddings while drinking tea and eating scones. I believe special occasions deserve a celebration, which is why last night I was at the Keyano Recital Theatre to watch some friends celebrate a special event.

I will never forget the first time I reached out to Toddske and Tito from YMM Podcast. I had just started this blog, and was still of the mind that I would write it anonymously. I had listened to their first podcast, and had been intrigued so I emailed them, not knowing what the reply would be. I was, to be honest, a total novice, with no idea what I was doing or where I was going with this blog. I was uncertain and a bit shy and wary, and had they told me to get lost I probably would have - but they didn't. Toddske emailed back, encouraging me to shed the anonymity, to consider coming on the podcast, to work with them in some way to spread the positive message about our community that we were all trying to get out...and that is how a friendship began. And, over the last three years, I have come to see Toddske, Tito, Ashley and Steve of YMM Podcast as more than friends. They are part of my McMurray Family.

Last night YMM Podcast hosted WinterREELS, a 100-hour film competition showcasing local filmmakers who are given three elements and 100 hours to write, cast, film, and edit a short film. The films then go to a panel of judges (for this competition our esteemed and hip city councillor Tyran Ault, the lovely and irrepressibly clever Erin Schwab, and comedian Jon Mick - more about him later). The judges vote on things like Best Actress, Best Actor, Best Director, and, last night, Best Film was decided by a combination of judging and audience votes.

The seven entries screened were, in a word, astonishing. Funny for the most part, and some downright hilarious, they ran the breadth of talent in this community, showcasing filmmakers and performers, many whom I know and some I don't. I was delighted when my Dancing With the Stars partner, the young and uber-talented Dustin Young, walked away with Best Actor and Best Film nods, as the clever little film he and his partners concocted was terrific in every regard. I loved seeing my friend Nick Bernard working with Nolan Haukeness to create a little film that was not just funny but a bit poignant, too. The Barrett Brothers had me roaring with laughter, their home-made Winter Olympics and characters perhaps worthy of their own sitcom. Kelton Stepanowich, a talented young director, took Japanese film and made it funny and topical, earning the Best Director nod, and Eric Janvier once again managed some movie magic by lessening his need for actors by playing all three roles in his film (and creating some fascinating interactions along the way). Clinton Boucher created this great little film about that missing Olympic ring from the opening ceremonies (and his film earned his female lead the Best Actress Award), and Sister So and her band of wonderful friends made a film that had moments that were close to provoking tears, and yet funny at the same time.

In the end all seven films displayed a strength and talent in this burgeoning local filmmaking scene, a talent that has been there all along but that struggled to find venues to showcase the work, and support for their endeavours - that is, until YMM Podcast came along.

You see what started as a podcast became the Fort McMurray Filmmakers Association, a group dedicated to the promotion and encouragement of local filmmaking. Through festivals and competitions they didn't just breathe life into the local film scene - they resurrected it from near death, because those who were involved in it were a scattered group of individuals who were all pursuing their creative goals but without the support of an organization to help them. Those novices interested in filmmaking had nowhere to start, but the YMMFMA has become that place, offering free workshops and film festivals and competitions, but even more offering opportunities for networking and collaboration. YMMPodcast changed our community, you see.

I said no to being on the podcast for a very long time, right until the day I said yes and now I cannot even recall how many times I have recorded with them. Some of my favourite moments have occurred at the Dining Room Table Studios. I have laughed in their company (and listening to the podcasts have regretted this donkey bray laugh of mine every single time), and, at least once, I cried in their company, too, shortly after the deadly collision on Highway 63 that took seven lives. I was still pretty emotionally fragile after that incident when I recorded with them, and so the tears flowed pretty easily - but never once did I feel unsafe. I was with friends, you see. I was, in fact, with family.

Last night I watched seven amazing little films made by local filmmakers, and then I watched Jon Mick, a hometown boy who now lives in Edmonton, burn up the stage with his comedic talent (and he has a gift, as on occasion he had me close to tears as I was laughing so very hard). And then I watched as four people who each hold a special place in my heart gathered around a table and recorded their 100th YMMPodcast episode.

They covered a wide range of topics, particularly a top ten list pulled from an anti-oilsands website about why everyone hates Fort McMurray, debunking some and acknowledging some, as they and I share the same sentiment about being honest about our flaws and our strengths, too. I was touched when Ashley mentioned me as being proof that the number one reason on that list, that "nobody cares" about Fort McMurray, was wrong, because she said I am proof that someone cares about this community (and it's true, I do, because the people I care about are what makes this community what it is). I think, however, the theatre last night was filled with people who care about this community and the people in it, and perhaps none more so than the four who sat on the stage recording what began as a little podcast and became so much more.

As I watched them I don't think they could tell my eyes were glistening slightly. You see since I see them all as family I think it is acceptable to share that I am so very proud of all of them and their accomplishments that it always makes me a bit teary-eyed. Nothing makes me happier than to see those I care about succeed, and YMM Podcast has succeeded in every possible way, including changing the lives of those they have touched, like me.

Last night they made me laugh, particularly Tito and his comment about how we cannot drop the "Fort" from the name "Fort McMurray" as has occasionally been proposed because it makes us vulnerable and open to attack if we have no "Fort" to protect us. They made me blush, like Ashley's comments about what I do and about my rather well-known obsession with shoes (and she wore some lovely shoes in my honour, too). They made me smile, like hearing Steve talk about coming back to Fort McMurray, the town he was born and raised in, when he vowed he would never come back, and how deciding to return was the best decision he ever made. And they made me tear up, like when Toddske talked about the podcast changing his life, because I know that sentiment all too well. Three years ago this spring I started writing a little blog without any idea where it would lead, and yet here I am today, far from anonymous and living a life that I could have never imagined.

So, to Toddske, Tito, Ashley and Steve I say thank you. Thank you for all the things you have done and will do to make this community a better place. Thank you for pursuing your dreams and passions, because doing so inspires others to pursue their own. Thank you for the film festivals, the podcasts, the laughs, the tears and the memories - but thank you most of all for allowing me to come along for a bit of the journey, because I am so profoundly grateful and proud to have been even a small part of it.

Congratulations on your 100th YMMPodcast episode - and here is to hundreds more. 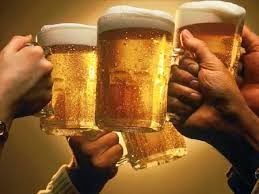