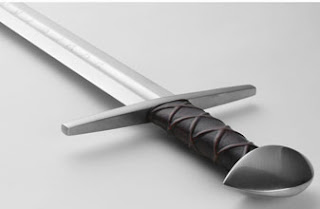 Recently I shared on Twitter some frustration with a local politician who referred to Highway 63 as "very dangerous" in a mass mailer that went to thousands of homes. I questioned the wisdom of this strategy, and it started up some interesting dialogues with those who responded. Some defended the act of calling the highway "very dangerous", and while I tried to explain it is tough to do in a 140-character tweet - and since I have another avenue to express myself I decided to tackle it here.

Some months ago someone said something troubling to me.

"Theresa," they said, "we have been very good at getting the word out on the issues on Highway 63. Maybe too good."

They went on to explain that a large event they were involved in planning wanted to host some guests, but that some of the participants were rejecting the idea of attending - because it would require them to drive Highway 63, and they were too frightened by the press coverage of the highway to do so. What it all meant was that an opportunity for us to create new ambassadors, to welcome some fellow Canadians, to showcase our community, to have people learn the true story of our region and to generate some revenue from the money they would spend in hotels and at restaurants, was in jeopardy. And I had received some emails and comments, too, telling me that community members had found that family members from other places would refuse to come and visit - because they were too afraid to drive the highway. And it got me thinking.

Incidentally I consider myself guilty in helping to create this scenario. While I have never referred to Highway 63 as the "Highway of Death" and consider that an absurd nickname I have used emotional writing to convey my feelings on it. I have written repeatedly about the topic, and I have decried our lack of good judgement when we travel it in wanton ways that pose a risk to ourselves and others. What I had never fully realized, though, was the impact this was having on others who now saw the highway as deadly.

The reality is many of us have travelled that highway for decades, and while we need to treat it with respect just as we do with every highway, if we drive safely and follow the rules of the road, remain alert and cognizant of our surroundings, we will most likely arrive safely at our destination. If we speed or drive drunk or drive tired then we increase the danger to ourselves and those around us, but sadly that is true on every highway, and every road.

This isn't about withholding information, as some of my Twitter respondents suggested, or ignoring the realities, because all highways come with risks and dangers if they are used unsafely. The highway is undergoing the process of twinning, and while 2016 seems a long way away steady progress is being seen on a monthly basis and highway safety improves with each kilometre twinned. We continue to need to address our own driving and practicing safe habits, but this is not unlike every other highway in every other part of this country.

The other reality is this: we need to be careful about characterizing the highway as dangerous. We are in a situation where we are trying to encourage tourism and new industrial and retail opportunities. We are trying to attract new residents and encourage people to make their homes here. But if we have leaders suggesting that our highway, which we rely on as the only road access to our region, is very dangerous then it can prove detrimental to those goals. We need to work on those issues, improve safety, increase patrols, and finish the twinning - but we need to also ensure that we are not using hyperbole or exaggeration when we are describing it because we do not want to generate or create fear. Fear doesn't help us make the road safer and it doesn't help us achieve our goals to bring new opportunities and residents to this community. All fear does is make people afraid.

I believe we have been extremely effective in what we have done with Highway 63. We have secured a commitment to twin the highway by the fall of 2016, and we have seen increased police presence. And while we still have collisions and issues we are doing something we have never really done before - facing them, acknowledging them, and dealing with them. But in the same way we acknowledge that we have other issues in this community, like homelessness, substance abuse, and other issues (just as every community does), we can acknowledge the issues without creating fear that in the end may prove detrimental to us and our development as a community.

So that's why I objected to calling Highway 63 "very dangerous", and why I have taken the opportunity in this blog to expand on it. I recognize some will still disagree with my stance, and I am quite okay with that, too, as we all have differing opinions which deserve respect. My perspective is we that we need to find some balance, and not generate unnecessary fear while still making the changes we need to improve safety, and not just on Highway 63 but on every highway we travel. And while I will continue to write about safety on the highway and advocate for safer driving habits and do everything I can to make it a safer highway I will also encourage people from all over the country to come and see us, even if it means travelling Highway 63 so they can experience the beauty of the boreal forest, and feel the rhythm of the north as that ribbon of road unfolds underneath them. Referring to the highway as "very dangerous" is a double-edged sword - one that can cut through the red tape to get it twinned, but one that can cut us as a community as well. It is a sword we need to wield very carefully, lest we are the ones most harmed by the blade.
at December 18, 2013