Opportunists - and a Special Place in Hell

A couple of weeks ago the Intrepid Junior Blogger left her purse on the bus coming home from school.

It was the overflow bus, the one packed with all the kids she attends school with, and as soon as she arrived in the door and told me we called transit to report the loss. No purse had been turned in, they said, and we left our phone number in case it was. I went into her school the next morning, but it hadn't been turned in there, either.

We had thought - hoped, really - that one of her fellow students would turn it in after finding it, but after a few days we accepted the fact that it was gone. Then, one morning, she texted me from school. The purse had been turned in after all, just a few days late. She had reclaimed it, but had been saddened to learn that it had been stripped of cash and a Visa gift card (although an Ardenne's and La Senza gift card had been left behind, leading us to surmise the gender of the miscreant who helped themselves was likely male, as a female would have seen the value of those other two cards). She was happy to have her purse back, and I was happy for her - but we had a talk about opportunists, or people who capitalize on the misfortune of others. A lost purse, perhaps, or a dropped wallet, cleaned of a few bills. Or, as an email I found in my inbox showed today, a driver who happens on the scene of a motor vehicle collision moments after it happens - and instead of offering assistance drives away a few dollars richer, having stolen from the armoured vehicle involved in the incident.

Look, people. I have a fairly strong sense of justice, and a fairly strong temper, too. When I read that a sixty-year old man from Leduc is alleged to have happened upon the scene of a collision - a collision where two people died - and stole cash I pretty much lost my mind. There is a special place in hell for people of this nature, you see. It is somewhere around the very depths of that place, in a spot reserved for child molesters and puppy torturers. It is the place where people who have no soul must go to spend the afterlife, if it exists. And until they get there sadly they share the world with the rest of us, and we are instead the ones tormented by their acts.

There is no excuse for stealing money from a lost purse. There is no excuse for stealing money from the scene of a collision where two people lost their lives. Those two incidents are certainly not equivalent in terms of pure revulsion, but they are both along the continuum because they say something about the people who would do them. In the case of the purse perhaps we can cut a little slack because the individual is a junior high student, although by junior high if you don't know right from wrong we have a problem in the making. In the case of the collision I can find nothing that excuses or otherwise explains someone who would drive up to the scene of a horrific collision, likely realizing people have been seriously hurt or even killed, grab a packet of money, and drive away. I don't even pretend to know what kind of lack of heart and soul exists in that act, and if it was an act of desperation all I can say is that even desperate people I have known would have hesitated at such an act.

I've calmed down a bit since I read that email, and I suppose I could take solace in that the individual charged with the theft from the scene of the collision is not local, but I take no comfort in that at all. After all, whether he is from here or not he shares this world with us, just as the opportunist who happened upon the IJB's purse shares her world with her. I suspect she is taking a slightly harder look at some of her schoolmates these days, wondering which is the one who decided to take her loss and make it into their opportunity. And incidents like the one at the tragic accident on Highway 63 make us look at each other and wonder which of us could steal from the scene of a collision where people were dying.

Opportunism is an ugly, evil thing, because it strips us of our faith in each other, and our trust. It shows us that there are those in this world who are so very selfish and self-absorbed that during a time of another's loss they think solely of their own gain. It makes us question the very things we hold dear, our belief in right and wrong, and our belief in each other.

When I told the IJB about the theft from the scene of the collision she shook her head in disgust. A couple of weeks ago she saw the face of opportunism, too, albeit on a smaller and less serious scale. She is familiar with it now, more than ever before perhaps. It's a hard lesson to learn, that opportunists walk beside us, and sometimes even drive up to the collisions where we lay dying to use our tragedy for their own gain. And she too has learned there is a special place in hell for opportunists, including ones who can be so callous as to drive away with stolen money while two people lie dying. That sort of opportunism? Well, there isn't enough words to describe it, really. I could try, but most of them aren't fit to put into writing, so I will let you imagine them instead. You can insert your own words here: 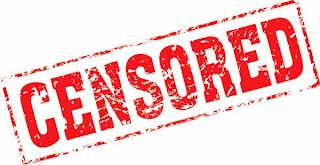