A Park, A Tree, and Two Murders, One Year Later 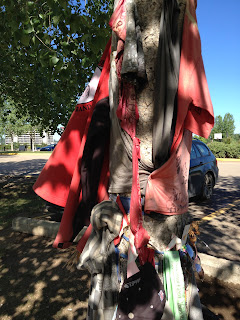 It was Monday morning when I heard the first stirrings about it on Twitter. I hadn't been on Twitter all that long but had quickly realized it was a method by which news, both good and bad, travels quickly. And this was bad news, very, very bad news. It was the kind of news that makes your heart contract and hope that it is rumour. But it wasn't rumour. It was fact. Murders, downtown in our community, in Borealis Park. Two young men. Twin brothers. Dead. 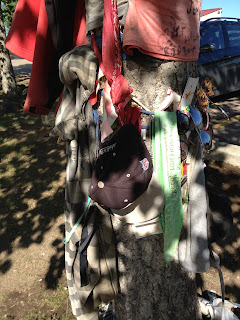 I recall that morning very well. There have been certain events in this community that have stuck with me and pop into my head at regular intervals. The murder of James and William Beck is one of those events. It is one I cannot seem to shake, and nor do I wish to - because I think it is a reminder that this community, as wonderful as it can be, is like any other, and we have some issues. We see amazing generosity and acts of kindness, and we see crimes - like the murder of twin brothers in a lovely downtown park. 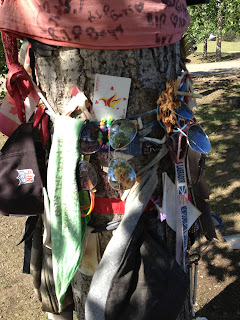 I remember how a few days after the murder I drove down to Borealis, and discovered the tree that had become an impromptu memorial to the boys. I remember pausing in front of that tree as it sank in that the lives of two very young men - still children, really - had been reduced to items hanging from a tree in a public park. The boys, whatever good or bad they would have done in the world, were gone forever. The boys, no matter how and why they died, had simply vanished off the face of the earth, and in their place were only memories and a tree. And the enormity of it all hit me, the unfairness of lives cut so brutally short. 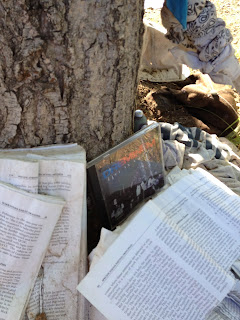 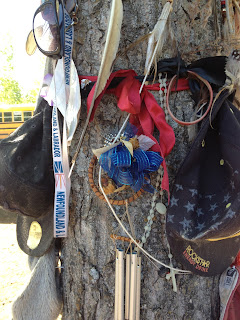 On occasion I wonder why this event struck me so deeply. I did not know the brothers, their mother, or any of their family or friends, and yet I took this event deeply personally. I suppose it is because these boys were part of my community, and this community has begun to rule a significant part of my heart. The senseless, tragic, horrific murder of two members of MY community angered me, sickened me, and grieved me. I didn't care why they died - all I cared about was that they died in a way no one should, and that it happened right here in a quiet lovely little park on our riverfront. And it broke my heart. 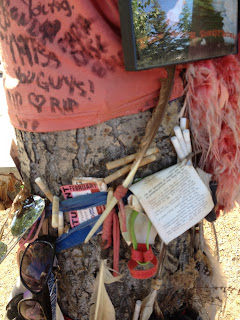 Over the past year I have returned often to that memorial tree in Borealis Park. I have sat there in the fall as leaves dropped from the trees. I went in winter, and felt the snow crunch under my boots as I studied the snow-covered tree. I have gone in spring, as the buds on the tree were just beginning to appear. And I went today, early this morning. 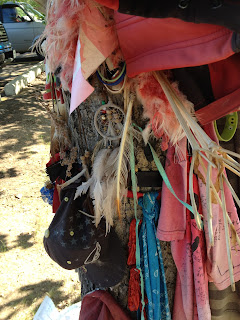 It looks much the same, that tree, except that the items on and around it are faded by the sun and snow. The concrete barriers around it once held messages to the boys, but rain and snow over the last year have washed those away and they can no longer be seen. Some of the items that were once there are now missing, probably blown away by the wind. But one thing cannot be blown away by the wind, or faded by the sun, or washed away by the rain. The reality that two young men, twin brothers, members of our community, died here at the hands of others will always remain. And so this spot will always hold a place in my heart, even when it is just a tree once again and everything else has disappeared over the course of time. I know that even when the things on the tree disappear those boys, their memory, and the manner of their death will never fade in my heart. 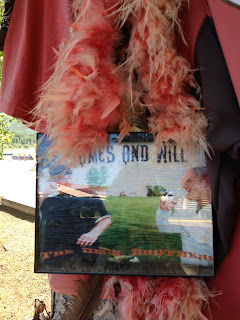 Sometimes I go to this tree to just sit and think. Sometimes I just sit there and think about this community, about the good and the bad, about the opportunities and the challenges. Today as I stood there I heard a faint noise, off in the distance. Sirens, quiet at first but then louder as they grew closer. And I thought about how one year ago today there were probably sirens, too, and I could feel that sore spot in my heart again, a spot reserved for those things I feel are the greatest sorrows. I listened as the sirens faded into the distance again, touched my hand to the tree, and got into my car and drove away, back into the community that brings me such joy and such pain. 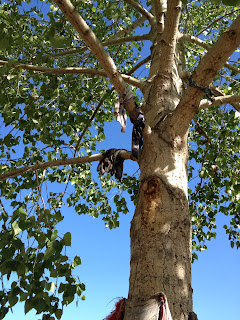 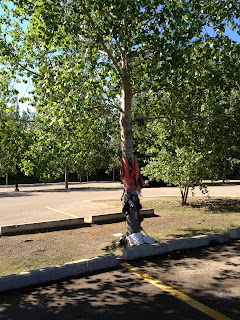 In Memory of James and William Beck,
boys I never knew -
and will never forget. 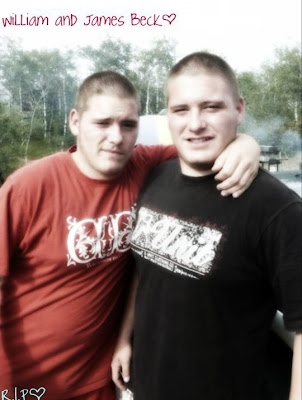