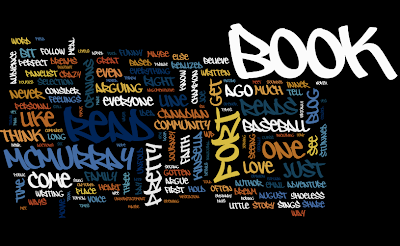 I've gotten invitations to some pretty great events while writing this blog. I've been invited to dinners and galas and parties and wine auctions. I've gotten to do some pretty cool stuff, like judge the Santa Claus parade, and throw out an opening pitch at a minor baseball season opener. Opening my email every day is like an adventure because I just never know what it will hold. That happened again a couple of weeks ago when I received an email from the Fort McMurray Public Library asking me if I would consider being a panelist at the inaugural "Fort McMurray Reads", a book "competition" based on the wildly popular CBC "Canada Reads". I believe it took me all of three seconds to shout "yes" (after first shouting "woohoo"). Why? Because it incorporates three things I dearly love - the written word, opinions, and arguing.

My feelings on the written word are probably pretty obvious. I love to write, and I love to read (although my reading time is often limited these days). My feelings on opinions are pretty blatant - I usually have an opinion on virtually everything, and I'm happy to share it (where do you think these blog ideas come from, anyhow?). And finally,  the arguing. I come from a family of argumentative types. We could be professional arguers (actually, there is a lawyer among us so I guess one of us is). We don't fight, not in a personal way - but we will argue the absolute hell out of a topic, cover it six ways from Sunday, dissect it until we are all exhausted. New friends were always stunned by meal times at my house because it was never a) quiet or b) boring. It was loud, it was topical, and you had to keep up because we covered a lot of territory (first time meal guests would often sit there open-mouthed, looking like gasping guppies, as they watched in stunned silence as we moved from European politics to North American economy to farming to poverty to...well, you get the idea). So, I come by opinions and arguing pretty honestly, so the idea of Fort McMurray Reads appealed to me on all kinds of levels.

The concept is that each panelist chooses a book, the one they think the entire community should read in 2012. Then, at a public event on August 25, they get to "champion" their book. They get to explain why they chose it, and why everyone else should read it, too. They get to share their passion for their selection, and then, at the end, the audience in attendance votes, and the winner becomes the Fort McMurray Reads 2012 official selection.

And that was my only hesitation, really, selecting a book. I knew I would champion a Canadian book, but which one? Authors and books flew through my thoughts. I would think of one and think "that's it!" but then reject it when I realized it just didn't feel quite right. And then, one very late night, it came to me. The perfect book. The book by a Canadian author that captured my heart long ago. The author I once had the great pleasure to meet. The book that I thought was perfect for this time and place, the book that sang to me long ago and sings to me still. The book? "Shoeless Joe" by WP Kinsella. 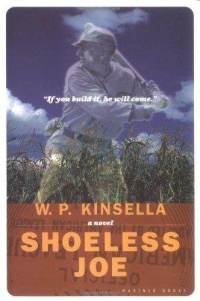 Maybe you have read it. Or maybe you have seen the Kevin Costner movie "Field of Dreams", which was based on the book. Or maybe you have just heard the line "If you build it they will come", a line that has now become a bit of a cliche from overuse. And yet that simple line sings to me of everything I hold dear, including this blog and this community.

"Shoeless Joe" is a book that might appear to be about baseball - and there is plenty of baseball in it, and what little I know of the sport was gleaned from that book. It is so very much more, though. It is about dreams and faith and belief. It is about seizing opportunities. It is about listening to the inner voice that tells you the path to follow, and having the faith to follow it even if it seems crazy to everyone else. And it is about the journey along the way, about the adventure of conceiving a dream and then one day seeing it realized.

To say I am passionate about this book is a bit of an understatement. I have been in love with this book for years, and even more so after having met WP Kinsella over two decades ago. He is the Canadian Mark Twain, a storyteller of the best kind. He is funny and sardonic and witty. I recall him telling a story, a funny story about family that made you wish his family was yours even if they sounded a wee bit crazy, and when it ended a man in the audience asked where it had occurred. Kinsella fixed a wry eye on him and said "I tell these stories - but I never tell if they are true", and he won my heart right then because the line between fact and fiction had blurred so much in that room at that moment that it ceased to exist. 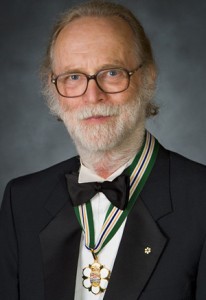 So, I will argue this book that means so much to me, and that I truly believe everyone in Fort Mac should read this year. You could read it for the baseball, or the writing (which is bloody brilliant). You could read it to see how it compares to the movie. Or you could read it and see how it relates to the journey of a northern community that is making the bold leap onto the world stage as it changes in deep and profound ways, building a place to which we have the faith they will come. Or, like me, you could read it for that but also for personal reasons, like how an ordinary woman can start a little blog just because her inner voice told her to, and how it changed her life. You can read it and see the dream unfold, just as we are seeing dreams unfold right here in our own field of dreams in a little community in northern Alberta.


Details on
"Fort McMurray Reads"
can be found here.
I hope you will consider
joining me and the other panelists on
August 25th to hear some lively "discussion"
on our selections for the book that is the
"Fort McMurray Must Read 2012" :)